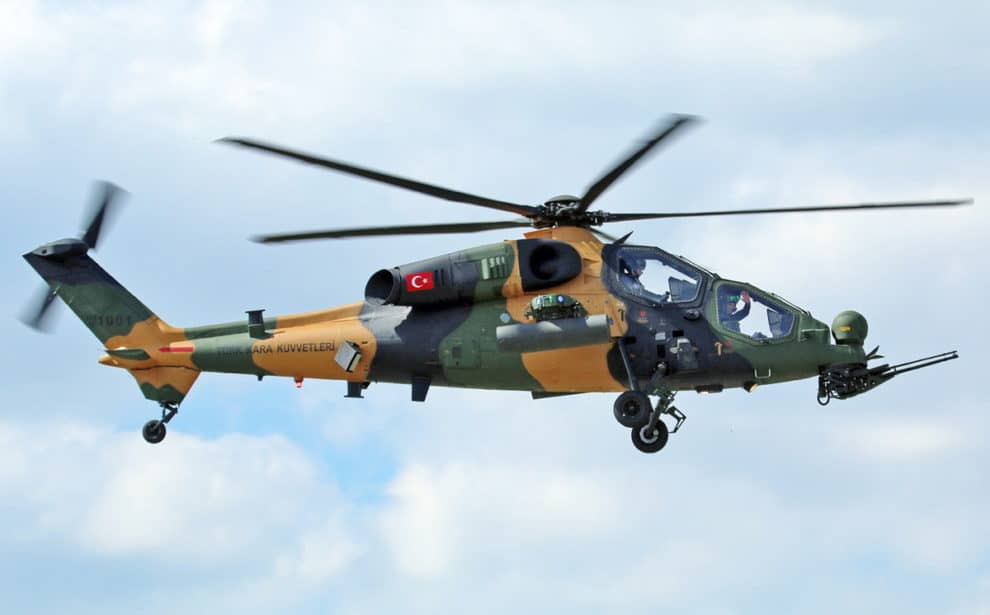 A Turkish military helicopter has been shot down along the Turkey-Iraq border. Sky News Arabia tweeted that the chopper had been shot down near the town of Haftanin. However, news reports from other sources say the helicopter crashed, but there was no official confirmation that it was shot down.

Early news reports indicate that the Turkish military helicopter was shot down about 15 kilometers from the Turkey-Iraq border. According to the Al Hadath news channel, the chopper’s crew died in the crash. Neither Turkish nor Iraqi officials have confirmed the incident yet.

Turkey goes on offensive against Kurdish militants in Iraq

The report of the chopper crash comes at the same time the Turkish military is running a land and air offensive against Kurdish militants in northern Iraq. The offensive has been going on since June 17. Iraq has condemned the offensive, calling the Turkish ambassador to file an official protest against it two times so far.

The Turkish offensive killed at least three Kurdish militants in northern Iraq on Friday, according to Arab News. There are also reports that the Turkish intelligence agency killed the head of the Kurdistan Workers’ Party (PKK) last week.

Murat Kalko, who works under the code-name Agit Garzan, was killed by Turkey’s National Intelligence Organization (MIT). Daily Sabah reports that he and other Kurdish militants had been preparing to attack Turkey to mark the group’s first bloody attack.

One of the group’s other leaders, Murat Karayilan, ordered the terrorist attacks in Turkey. Kalko was one of the Turkish Interior Ministry’s most wanted. He joined the Kurdish militant group in 1993 and has reportedly been responsible for a number of deadly attacks carried out by the group.