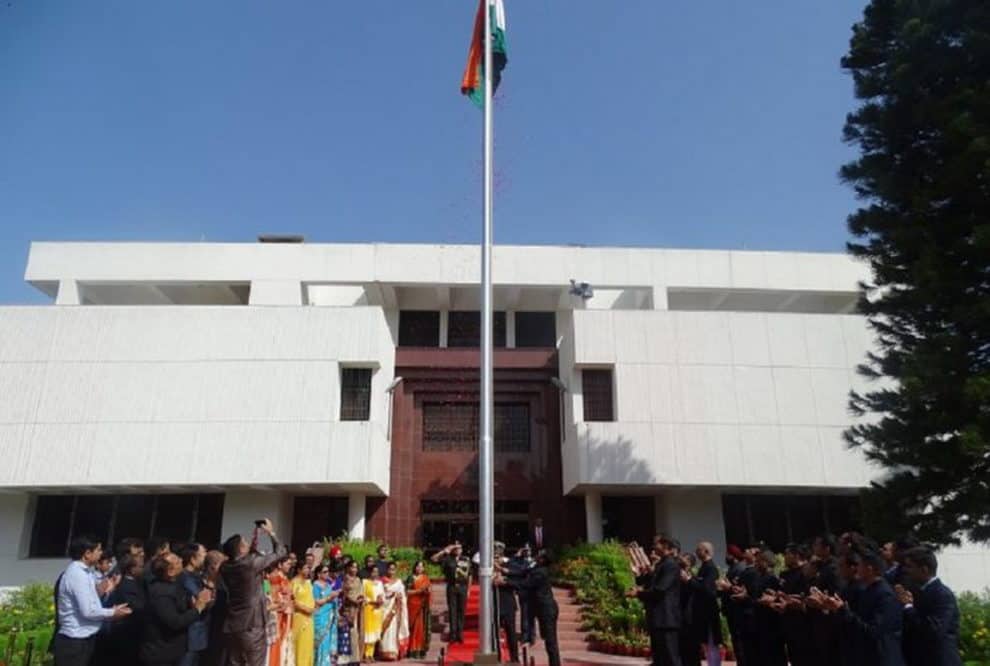 Islamabad, Pakistan – Two officials of the Indian High Commission have been arrested by Islamabad police. A journalist reporting on Pak Diplomacy tweets about the incident.

2 officials of the Indian High Commission ARRESTED by Islamabad police as they were invovled in a hit and run accident, they over ran a passerby and tried to flee, as per police sources

According to reports, a BMW car hit a pedestrian who was walking on the embassy road at around 8 am in the morning and attempted to flee. The pedestrian was critically injured and shifted to a hospital for treatment.

The BMW car was stopped by the crowd gathered at the location and they handed over the two men to Islamabad Police.

According to local reports from Pakistan, eyewitnesses of the incident said the car was being driven recklessly and had gotten out of control due to overspeeding. The victim who has been hit by the car was reportedly seen walking on the footpath.

The two personnel of the Indian High Commission went out in a vehicle for official duty but did not reach their destination, they said.

They are missing for over two hours, the PTI sources said. There is no official word on it yet.

The Indian Embassy has taken up the issue with Pakistani authorities.

The incident comes several days after two Pakistani officials at the Pakistani High Commission in New Delhi were accused of espionage and deported.

However, Pakistan’s foreign ministry said that the officials were detained by Indian authorities on “false and unsubstantiated charges” and released on the intervention of the high commission.