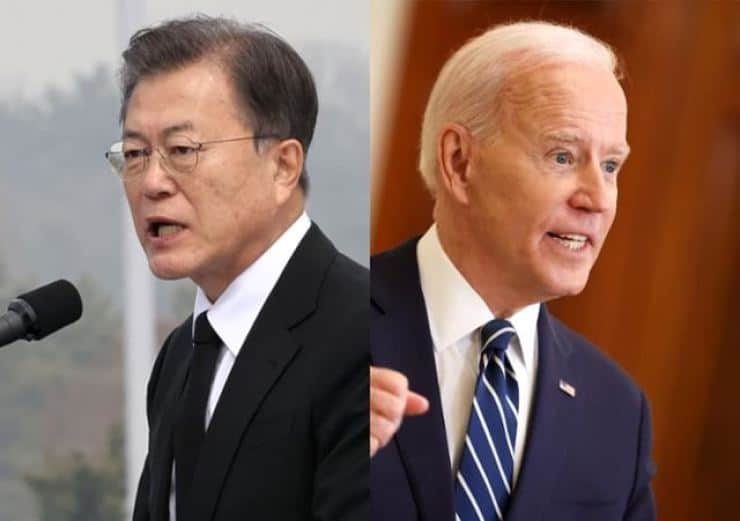 Last week US President Joe Biden and his South Korea counterpart Moon Jae-in met in Washington. Both leaders agreed on a number of issues involving Covid-19 vaccines, advanced technologies, and the issue of climate change, but the most pressing topic remains North Korea.

Here is the problem. While complete denuclearization at any cost remains the US main goal for the peninsula, Moon’s main goal, on the other hand, is further advancing peace talks towards reunification, most likely along the lines of the “One Country, Two Systems” formula.

Amid all tensions, there has consistently been a common will for reunification in the future. Just how far is this future remains the issue. There has been progress: the 2018 Panmunjom Declaration was a reaffirmation of the 2000 Joint Declaration and so was the US President Donald Trump and Supreme Leader Kim Jong-un joint declaration at the Singapore Summit, also in 2018. Trump, in fact, was the first American president to ever set foot on North Korea.

In contrast, the way the Biden administration has responded to the North Korea’s question so far has been a set-back. Rejecting Trump’s approach, Biden has stated he refuses to give Kim Jong-Un “international recognition” – his goal being the full denuclearization of the peninsula, something most likely Pyongyang shall never accept.

In fact, the US has been trying to negotiate with North Korea since at least the early 1990s with the Agreed Framework. Since 2006, UN Security Council sanctions have been in force and today Pyongyang is also subject to at least 12 UNSC restrictions on much of its industrial trade. It is basically one of the world’s most heavily sanctioned countries. And yet, at no point, N. Korea showed a willingness to give up nuclear weapons. It is a vital strategic matter for a country that understandably perceives the American troops stationed in neighboring S. Korea as a serious threat.

As for reunification per se, this has not been so much a concern for Washington as long as the peninsula is “nuclear-free”, and, preferably, if there is a regime change in the North. In the end, the latter might be a precondition for the former, from the perspective of the US. The US could keep trying to negotiate nuclear disarming in exchange for investments and for removing sanctions. Biden seems to prefer to further isolate North Korea. Thus, in the long term, the US could place their bets on a North Korea “spring”, by funding and even arming opposition groups aiming regime change, as was tried in Syria. This would certainly have catastrophic results.

As for denuclearization, it was indeed the focus of all three meetings between Trump and Kim Jong-un. During the four years of Trump’s administration, however, N. Korea more than doubled its nuclear arsenal. The difference was that Trump regarded his North Korean counterpart as someone to whom he should engage with in dialogue.

Both Biden and Moon pledged to work together towards denuclearizing North Korea. It is of course quite pointless to do so without including Pyongyang in the conversation. Biden did appoint top envoy Ambassador Sung Kim as the US special envoy for N. Korea and both Biden and Moon did agree to engage diplomatically with Pyongyang to take pragmatic steps towards reducing tensions. However, the US has been sending mixed signals.

For example, on April 30, Biden’s comment, labelling Pyongyang a serious threat for its nuclear arsenal, was deemed an “intolerable” remark by Kwon Jong Gun, a North Korean top official of its Foreign Ministry.

From the perspective of Pyongyang, this is a matter of self-defence. For decades, the US have been conducting exercises in the region and pushing economic blockade. In fact, both S. Korea and Japan themselves have not pursued nuclear weapons themselves precisely because they believed to be under a US “nuclear umbrella”. S. Korea did start a nuclear program in the 1970s but it was shut down by the Ford administration. As late as 2017, Moon even asked the US “permission” to build up a defense system of his own, in the aftermath of a North Korean missile launch.

In Europe, during the Cold War, while then West Germany was persuaded by the US to remain “nuclear-free”, both the UK and France, in their turn, opted for having their own independent weapons for deterrence. Washington would much rather have Tokyo and Seoul following the path of Germany and relying on their alliances with the US.

The great diplomatic problem today, according to Jenny Town (a US-Korea Institute scholar) is that Biden sees any interaction with North Korea as nuclear negotiations. Such an approach is hardly an incentive to bring the North Koreans back to the table.

To sum it up, there is a common will towards peace and stability in the Korean peninsula. And there is also a hindrance, namely the current US administration, which does not want either a nuclear South Korea nor a nuclear North Korea. Be it from the point of view of the “international community” or actors such as China and Russia, promoting good relations between the two Korean countries and “controlling” the existing North Korean atomic arsenal is a much more realistic goal than full denuclearization.

Contributed by Uriel Araujo, researcher with a focus on international and ethnic conflicts.