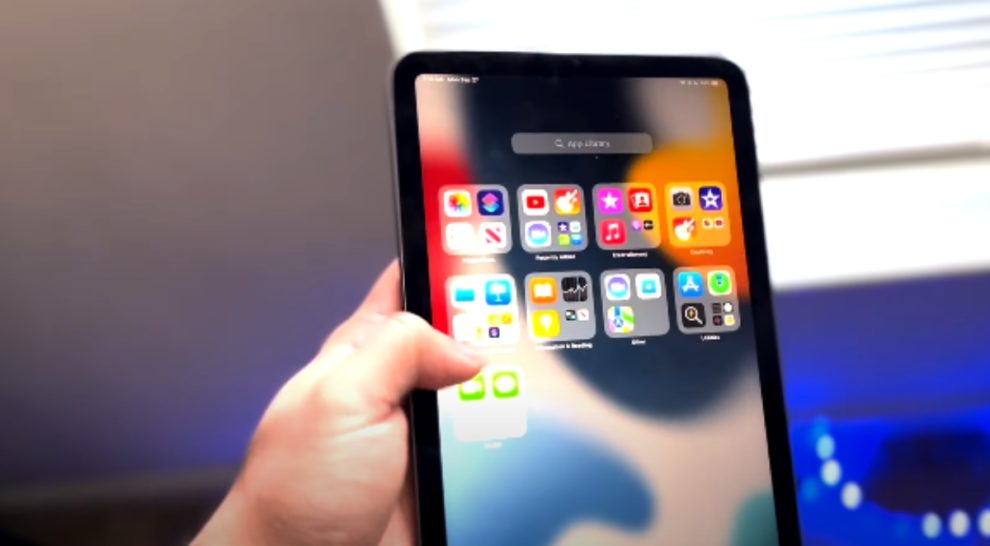 Several iPad mini 6 users have reported screen distortions when applying pressure to the display, implying that internal hardware is pressing against the panel.

According to a Reddit thread posted on Tuesday, a number of users are reporting screen discoloration and distortion issues with their new iPad mini devices, according to AppleInsider.

When pressure is applied to the iPad mini’s screen, bright or discoloured spots appear at specific points on the panel, with the effect becoming more pronounced when the tablet is displaying dark images or operating in Dark Mode, according to owners.

In the original Reddit post, for example, a user mentions three spots that form along the top portion of the panel when the tablet is in portrait orientation. Other users have reported similar distortions at other locations, including just above the USB-C port.

Several users have reported having the same experience, with some claiming the artefacts also appear on replaced devices and units on display at Apple Stores.

The user hypothesises that the perceived issue is related to clearance between the screen and underlying components and can be traced back to the design of the iPad mini.

According to the report, modern LCD screens are transmissive light systems composed of liquid crystals suspended between polarised glass or film substrates.

When an electric current is applied to the material, the liquid crystals align (or, more precisely, shift orientation) to allow light from a backlight to pass through the substrate. Light transmission through tens of thousands of pixels is carefully controlled to create images.

LCD panel structures, while fairly robust, are vulnerable to mechanical interruption, such as pressing on the substrate with any amount of force, according to the report.

Direct pressure on the display can cause the liquid crystals and their alignment within individual pixels to shift, disrupting the delicate balance that allows for uniform light transmission. This causes distortions, discoloration, ripples, and other effects, according to the company.