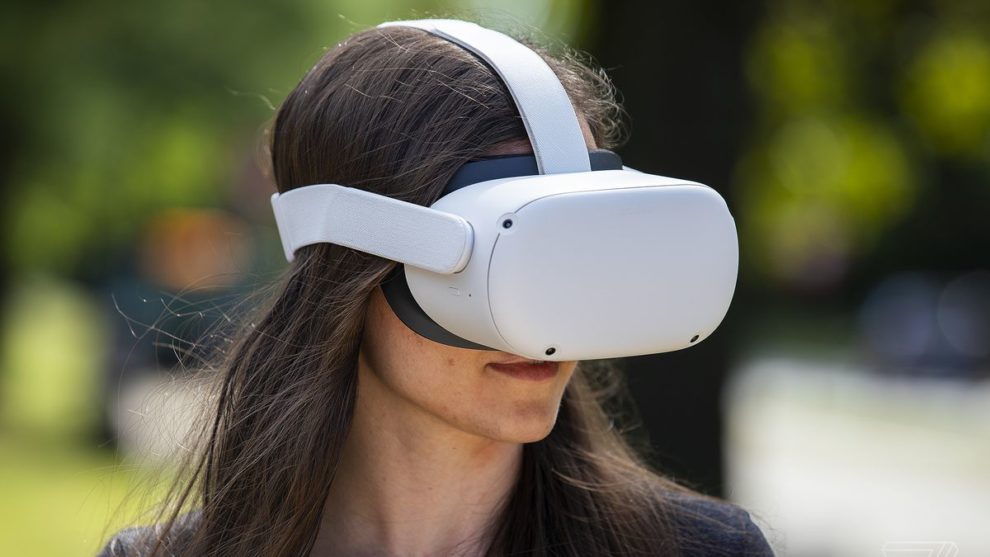 Oculus Quest 2, released in October 2020 by Facebook Reality Labs, is a Virtual Reality (VR) headset. Facebook rebranded the device in November 2021 as Meta Quest 2. According to experts, tens of millions of people make use of this VR device. As such, it’s arguably the most popular virtual reality headset in the market. Many people love Oculus Quest 2 because it offers its users tons of amazing features. However, as with other VR devices, Meta Quest 2 isn’t without its issues. Recently, we reported (1,2) how users complained about some issues with their Quest 2 devices. Well, according to the latest reports across social media platforms, it seems some users are now experiencing a new issue. The affected Oculus Quest 2 users are reporting a situation, in which they are stuck at a 72Hz refresh rate.

Interestingly, the new v39 update came with tons of amazing features, improvements, and bug fixes. For instance, the update came with a new multitasking feature. It also provides its users with the ability to share links between iOS devices and headsets. Unfortunately, the v39 update also introduces a couple of issues.

According to multiple reports, some Oculus Quest 2 users are complaining of a situation, in which they get stuck at a 72Hz refresh rate. For now, the exact cause of the issue is still unclear. However, several reports revealed that the issue started after the latest v39 update for the VR device. A lot of the affected users also mentioned they tried using some troubleshooting steps, such as rebooting their PC and reinstalling Oculus Quest 2 software. Unfortunately, none of the generic solutions was effective to address the issue on the ground.

You can check here (1,2,3) and below to see what the affected users are saying about the new Oculus Quest 2, which is getting stuck at a 72 Hz refresh rate. 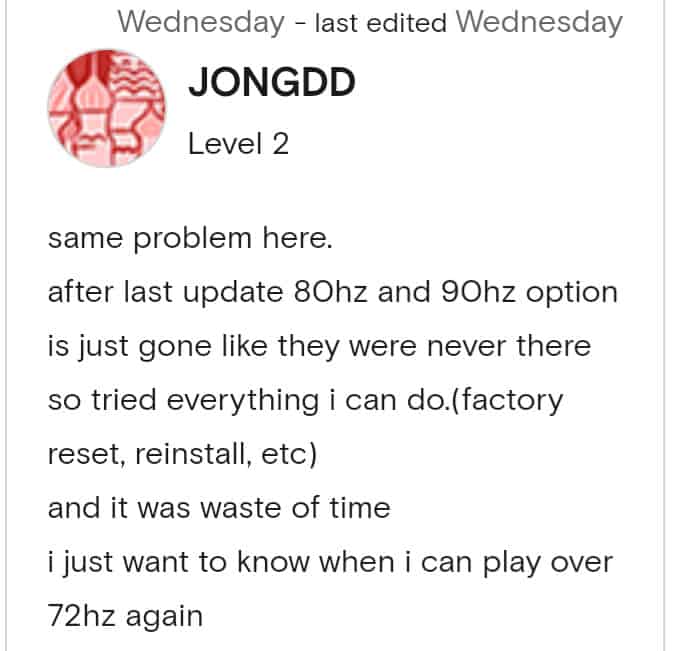 Sadly, Facebook Reality Labs hasn’t yet released any official fix to resolve the annoying Oculus Quest 2 issue, in which users get stuck at a 72Hz refresh rate. The good news, however, is that the developing teams are now aware of the situation, according to this post. We don’t know when the official fix for the refresh rate issue will be available. We’ll continue to monitor the developers for you here. As soon as we find any relevant information, we’ll keep you updated here.