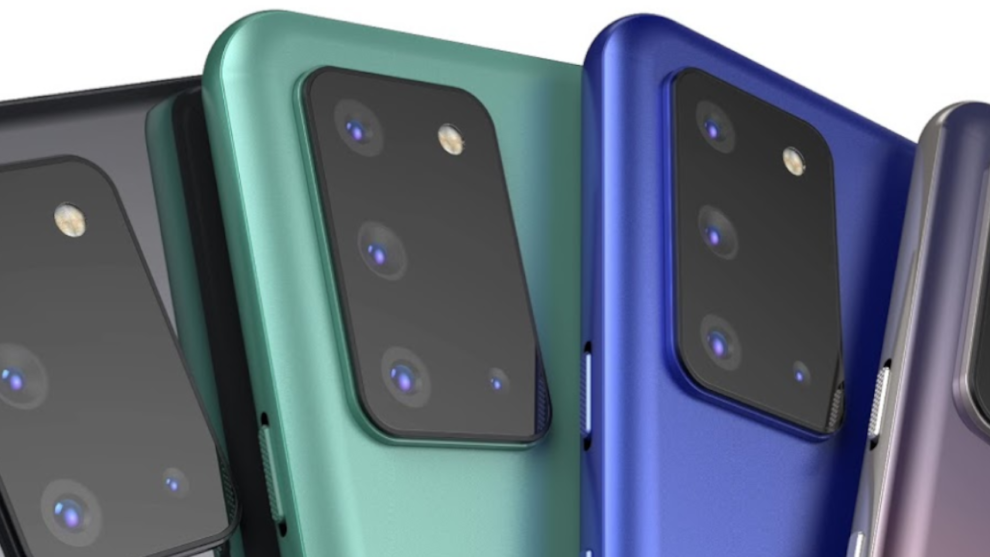 Certainly, you’ll agree with us that OnePlus is one of the best mobile phone manufacturers in the world, as of today. The Chinese OEM offers some of the best smartphones, with great features and specs. For instance, the recently released OnePlus 8T smartphone comes, running the latest Android 11 operating system out of the box. In terms of its performance, the device comes with Qualcomm Snapdragon 865 chipset, offering support for the 5G network. Furthermore, the 6.55-inch device comes with a battery capacity of 4,500 mAh, up to 256GB internal storage, and 12GB of RAM. However, OnePlus devices, including the new OnePlus 8T, aren’t without their issues. According to the latest reports across various social media platforms, many OnePlus users have started complaining about experiencing a Gallery ‘download expansion file’ pop-up issue on their devices.

While further explaining the Gallery issue, the users mentioned that they receive a notification, prompting them to ‘download expansion file’. Furthermore, they mentioned that as soon as they click on it to download the file, it disappears. The annoying part of it is, the issue happens continuously, whenever they try to explore other parts of the app. Now, the affected users are calling on the Chinese OEM to roll out a fix to address the annoying OnePlus Gallery ‘download expansion file’ pop-up issue.

Let’s have a quick look at some of the reports regarding the issue below:

According to Goyalp, the OnePlus 8T user took to the company’s Community Forum to report the Gallery download expansion file pop-up issue. Here’s what the user said about the problem below:

According to Koong89, the user also reported the same Gallery download expansion file pop-up issue. Furthermore, the user added that anytime he clicks on the download option, it disappears and reappears later. You can check below for the screenshot of what the OnePlus user said, including an image showing the pop-up message. 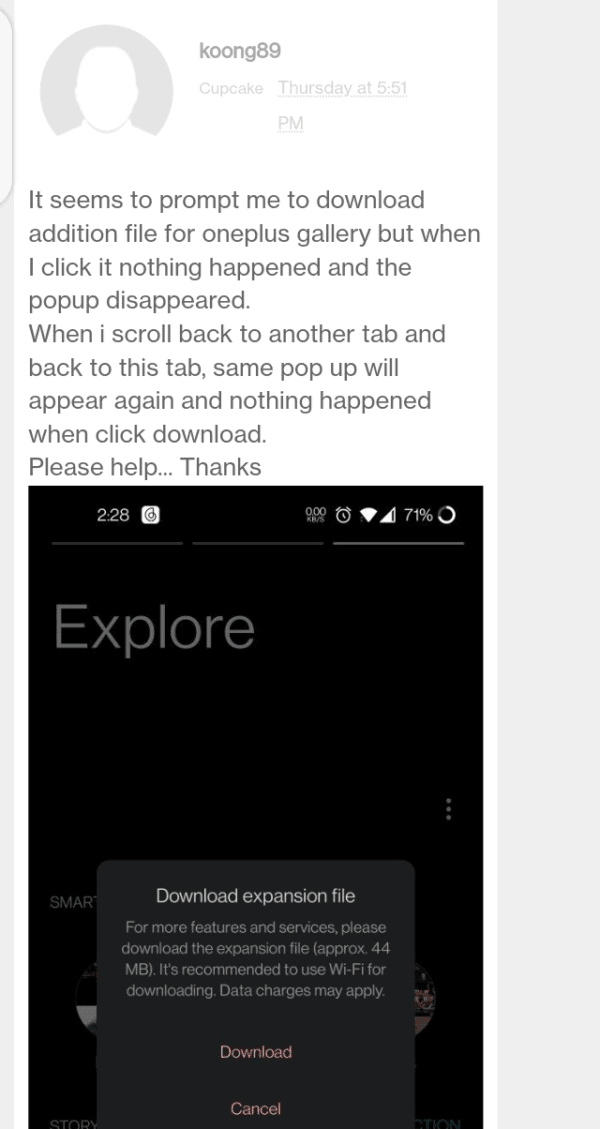 For more complaints by users regarding the Gallery download expansion file pop-up issue, you can check here (1,2,3). For now, we’re still unsure of the exact features that’ll be added after downloading the 44MB file. However, according to a Redditor, who was lucky to download the expansion file, he said there are indeed extra features in the OnePlus gallery app.

For now, OnePlus hasn’t yet released a statement to acknowledge the annoying Gallery download expansion file pop-up issue. However, since a lot of people are affected by it, we’re pretty sure that the company will roll out a fix sooner or later.

Furthermore, it seems the issue affects OxygenOS 10 and OxygenOS 11 installed devices. Since that’s the case, it might take some time for the company to come with a fix that matters. As usual, we’ll keep an eye on the company for a fix. And as soon as we find anything worth sharing, we’ll keep you posted here.