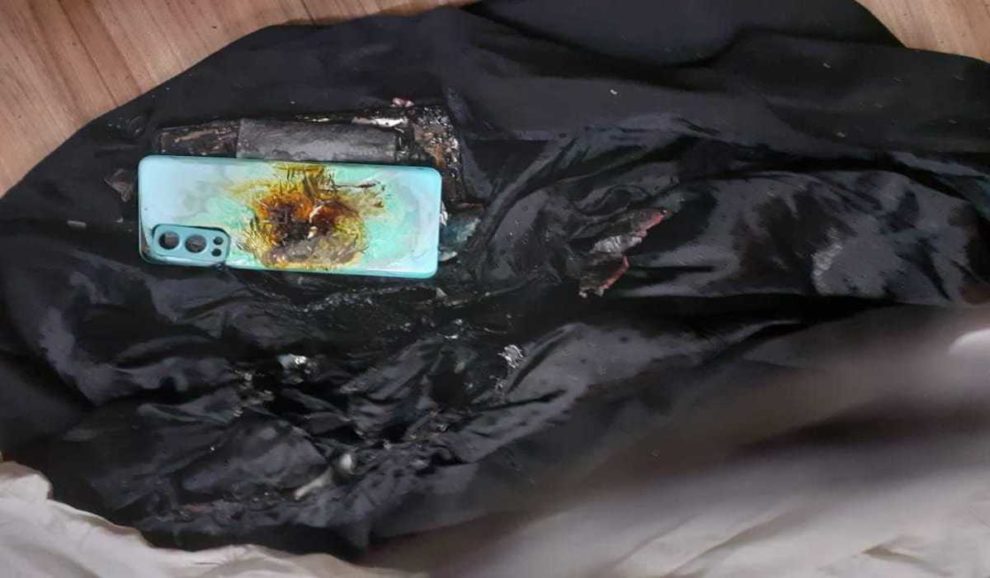 Following a social media user’s claim that his OnePlus Nord 2 caught fire and exploded, the smartphone manufacturer stated on Friday that the alleged victim has not allowed them to conduct a proper investigation into the matter.

According to the company, it takes every claim like this very seriously out of concern for the safety of its users.

“A few days ago, an individual notified us about an alleged blast case for the OnePlus Nord 2 on Twitter and our team immediately reached out to this individual to verify the legitimacy of the claim,” a OnePlus said.

“However, despite multiple attempts to analyse the device, including a visit to the premises to examine it in the individual’s presence, he has so far denied us the opportunity to perform a proper diagnosis. Under such circumstances, it is impossible for us to verify the legitimacy of this claim or address this individual’s demands for compensation,” the spokesperson added.

Gaurav Gulati, a Twitter user, recently stated that the incident occurred in his office while he was at work and has traumatised him.

“I got burn injuries and due to inhalation of poisonous smoke of blast I am feeling breathing problems…” Gulati wrote.

“Right now I am under trauma and taking treatment as per advice. And will brief the media channels very soon regarding this phone blast. Till then please be safe if you have this mobile,” he added.

He also claimed that the alleged incident had a negative impact on his hearing and vision.

Another Twitter user claimed last month that the OnePlus Nord 2 exploded in his tweet, but later deleted the post without uploading any photos of the allegedly exploded device.

Later, the company refuted the claim, claiming that an investigation revealed that the case was false and did not involve any OnePlus product.

In addition, a OnePlus Nord 2 5G handset is said to have exploded in the gown of a Delhi-based lawyer. The incident occurred on Wednesday in one of a court’s chambers in New Delhi.