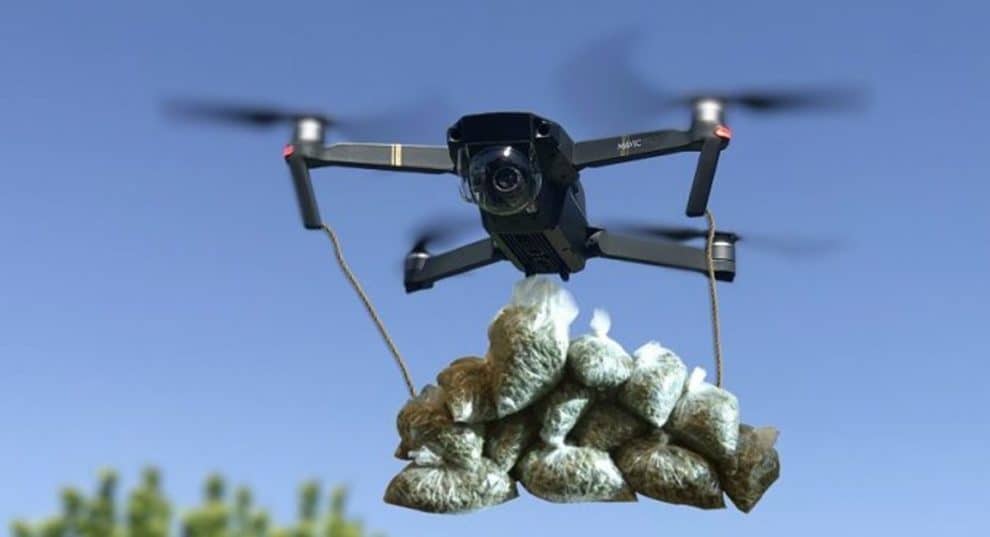 A video footage making rounds on social media shows a drone dropping weed in Tel Aviv, Israel. The video shows a drone dropping packets of what appears to be cannabis, this video was recorded over a main square in Tel Aviv on Thursday. This happened after a group of activists protesting for legalizing drugs in Israel promised free weed from the air on social media. It seems that the activists lived up to their promises.

A drone drops packets of weed in Tel Aviv, Israel

Police reports suggest that the police were able to arrest two men who operated the quad-copter over Rabin Square in Tel Aviv. Robin Square is often utilized for street protests and political rallies, given its history of hosting protests, it was the appropriate site for activists to fulfill their promise.

The group behind the green drone aimed at legalizing cannabis released the following statement on Telegram web, “It’s time my dear brothers. Is it a bird? Is it a plane? No, it’s the green drone, handing out free cannabis from the sky… Enjoy my beloved brothers, this is your pilot brother, making sure we all get some free love.” However, the police suspected that the bags being dropped from the drone were filled to the brim with a “dangerous drug.” The police officers were successful in managing to recover dozens of packets. Photos of the packets officially distributed by the police showed what appeared to be cannabis inside.

According to the Maariv news website that broadcasted live footage of the drone dropping weed in Tel Aviv, many people were able to get their hands on the packets of free weed before the police arrived at the scene. Videos show people rushing through the busy traffic to grab packets of cannabis that has fallen on the road. The people reported that each packet contained a gram of cannabis.

Will Israel legalize cannabis for recreational use?

As of now, only medical use of cannabis is permitted and legally allowed in Israel. The recreational use of cannabis in Israel is criminalized and incurs heavy penalties. During the month of May, Israel issued an approval for the exports of medical cannabis. This step paved the way for sales abroad that the government expects to produce hundreds of millions of dollars in revenue. Medicinal cannabis is used to treat a number of diseases and is in high demand around the globe.

Social media users around the globe found this incident highly amusing, most of them commented that the weather forecast for Tel Aviv was “cloudy with a hint of cannabis.” One user tweeted, “Is that their way to celebrate the peace agreement between Israel & the UAE?” The activists might not be able to guarantee legalization of cannabis in Israel but they have surely made headlines throughout the globe for this stunt.

VIDEO of a drone dropping weed in Tel Aviv, Israel

Israel tells US it was behind killing of Iranian colonel: NYT