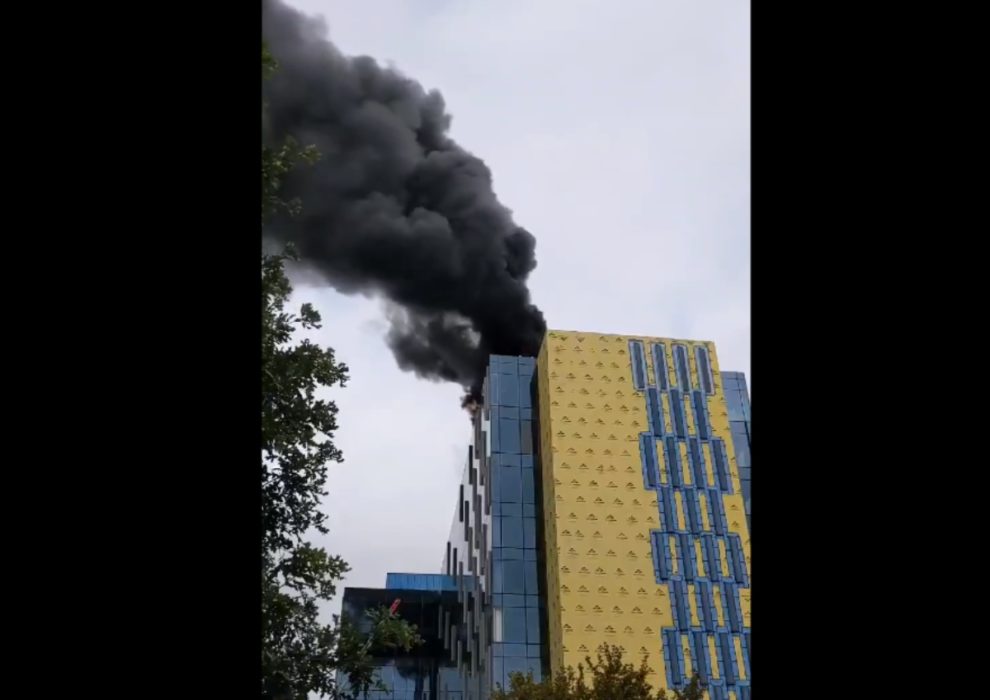 A fire at the top of a high-rise building, which is a future WMATA Metro building, in Washington, D.C., produced smoke visible for miles Thursday morning.

Photos and video taken Thursday morning show flames and heavy smoke on the roof of the Metro’s future building, which is currently under construction at Seventh and D Streets SW.

Fire is reportedly visible from the US Capitol building.

The fire began around 10:30 a.m. at the top of a building at 7th and D streets in Southwest, according to the D.C. Fire and EMS Department. At around 10:50 a.m., they reported that the fire appeared to be confined to the roof and some roofing materials on top. They tweeted that the fire had been extinguished around 11:15 a.m.

The fire was on top of Metro’s future headquarters at 300 7th St. SW, at the L’Enfant Plaza station. According to them, the entrance at 7th and D streets is closed, but the other entrances are open and trains are running normally.

According to the fire department, it was a two-alarm fire, and about 20 units and 100 firefighters responded.

No one has been reported to have been injured.

DEVELOPING: A fire at Metro’s future headquarters in Southwest Washington DC is sending smoke over the area and can be seen from far away.pic.twitter.com/13OTeL0hSm

Went out to get some air and saw a fire. I think it’s the old reporters building/new metro building pic.twitter.com/jjB4jIVhGv

“Update 2 Alarm fire 7th & DSts SW. #DCsBravest have extinguished all fire and checking for hotspots. Fire was confined to roofing material only. There were no injuries. Media staging SW corner 7th & D Sts SW,” DC Fire and EMS said in a tweet.