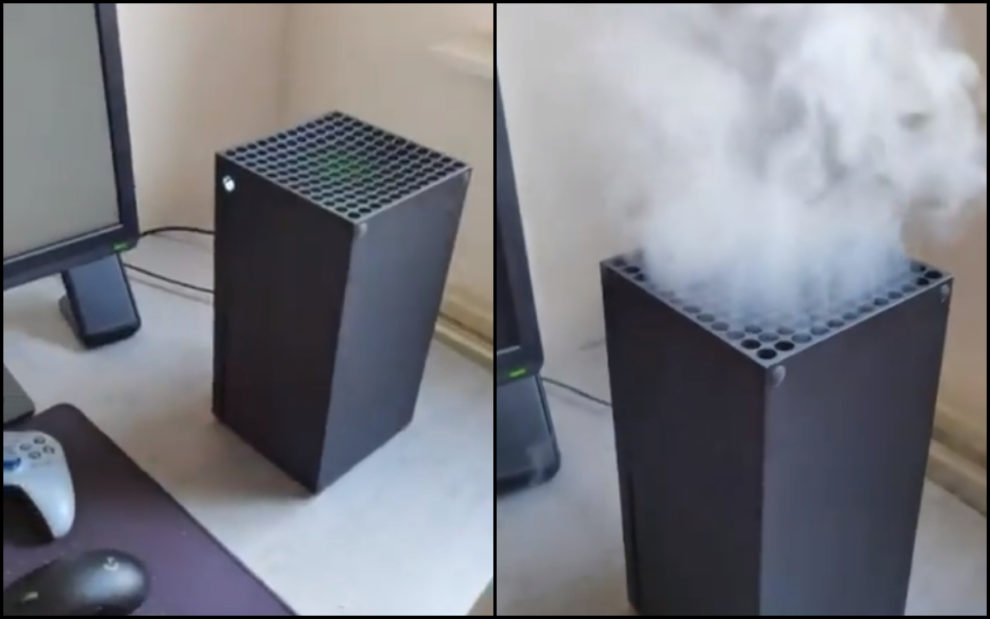 Several people have confirmed that users posting videos of smoke rising from the vent are spreading misinformation for a few seconds of publicity on social media. It is likely that these users were blowing vape smoke inside the Xbox Series X, then they record the smoke draining from the top and make it look like Xbox Series X is heating up with smoke. The unofficial Xbox account on Twitter also uploaded a video showing how users faked the videos to gain attention online.

Senior Editor at The Verge tweeted, “how to get your Xbox Series X to blow up: 1) buy a vape 2) blow vape into the bottom of Xbox 3) feel proud of the smoke you created 4) post to Twitter and profit.” He added, “I am in contact with people reporting early hardware issues, but please beware of videos/pictures that are clearly fake. They take advantage of media organizations that prioritize clicks over-reporting, and social media to spread far and wide.”

Experts say that the Xbox Series X is manufactured in a manner to vacuum cool air from below the console and then feed the air up via components. This featured has been manipulated by users to fake videos. Microsoft has not yet released an official statement about this fiasco, however, anyone with a decent amount of common sense can determine that the videos are fake. The users who posted these videos have been asked to get in touch with Microsoft so that the “issue” can be resolved.

@mikester01 Should the Xbox Series X disc drive sound like this? pic.twitter.com/SEmgx6UDxP

Just one day after the official launch, Microsoft is facing multiple issues. It is evident that Xbox Series X had been subjected to several tests for its hardware strength, the issue still seems to persist. It is likely that Xbox will have to repair the disc drive malfunction for several of its units.