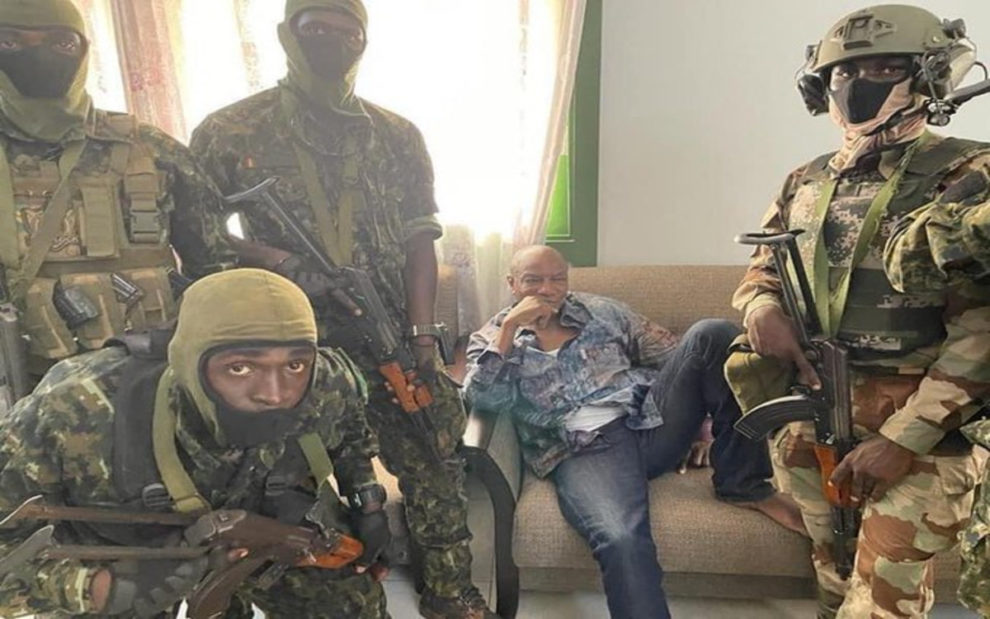 In a video message, army putschists after a military coup in the African country Guinea claimed to have arrested President Alpha Conde and dissolved the government.

Guinean soldiers announced on Sunday that they had taken control of the government and suspended the Constitution.

Colonel Mamady Doumbouya of Guinea’s military announced the dissolution of the National Assembly in a video recorded in the capital Conakry.

A video of President Alpha Conde being arrested by soldiers has also gone viral on social media. He was then pushed into a vehicle and driven away.

Images and videos posted on social media shows, the 83-year-old President sitting in a shirt and jeans with some buttons undone. He was visibly irritated and dissatisfied with the situation.

On other hand, Guinea’s defence ministry said, the presidential guard and security forces “had contained the threat and repelled the group of assailants.”

Residents reported hearing about two hours of heavy gunfire across the capital.

Mr Doumbouya stated that all land and air routes have been closed in the interim, advising citizens to stay at home and await further instructions from the government.

Mr Doumbouya also cited widespread corruption and poverty as major reasons for the takeover, claiming that Mr Conde had failed to keep his promises to Guineans.

Mr. Conde, 83, was re-elected to a third term in October. The AU has yet to issue a statement regarding the development.

Video of President being arrested after military coup in Guinea

UPDATE: The President of Guinea, Alpha Conde, has been arrested by his military

The army has taken over, and President Alpha Conde is safe.

Estimated worth of US military equipment left behind in Afghanistan