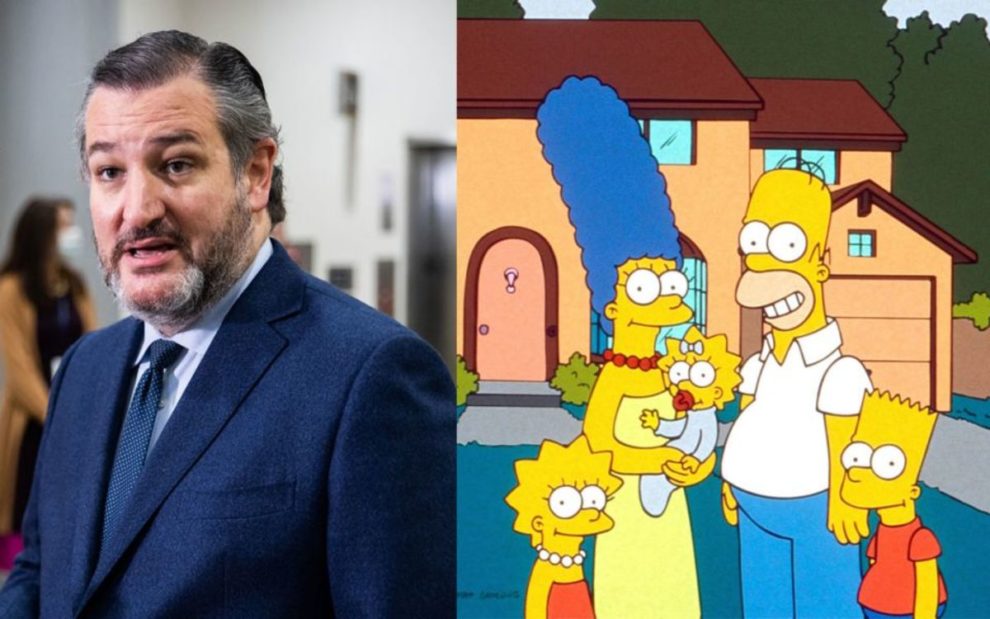 A number of Simpsons fans think that the Simpsons predicted Ted Cruz Cancun trip back in 1993. It seems like The Simpsons have strangely anticipated the future once again.

Fans were surprised after the 32-year-old animated series accurately predicted Senator Ted Cruz’s mid-crisis trip to Cancun, Mexico while people in Texas suffered a weather crisis amid a massive snowstorm.

Whenever something unexpected happens, the Simpsons fans think they have seen this before.

This time it is an episode of the Fox show titled “Marge in Chains” from the year 1993.  It showed a scene in which Springfield’s Mayor Joe Quimby informed his people in a press conference about a pandemic hitting the Simpson clan’s hometown. Later the scene revealed that Quimby was filming the press conference from a beach in the Bahamas.

Similarly, Cruz faced a situation when he had to issue a statement about his Cancun jaunt. While more than 300,000 Texans left without power and water for days because of the record-breaking snow and ice storms that have killed 50 people so far. Cruz later admitted that his trip to Mexico was a mistake claiming he was ‘trying to be a dad’.

The Simpsons have done it again

“Surely this has been said. But not abandoning your constituents to take a tropical vacation is such a comically low bar that it’s literally a Simpsons gag,” podcaster Jesse Brenneman said on Twitter.

Another fan tweeted: “The Simpsons’ have done it again,” and shared the episode clip in question. One Twitter user wrote that the Simpsons predicted Ted Cruz because of course, they did.

This is not the first time Fox’s classic cartoon show has foreshadowed future events. The most recent was Vice President Kamala Harris’ inauguration outfit that she wore during the presidential inauguration. Fans recalled a 20-year-old episode of Lisa Simpson wearing a purple three-piece when she became the first female president of the US. Other foretold events were Donald Trump’s presidency, the coronavirus pandemic, and the Capital riot.