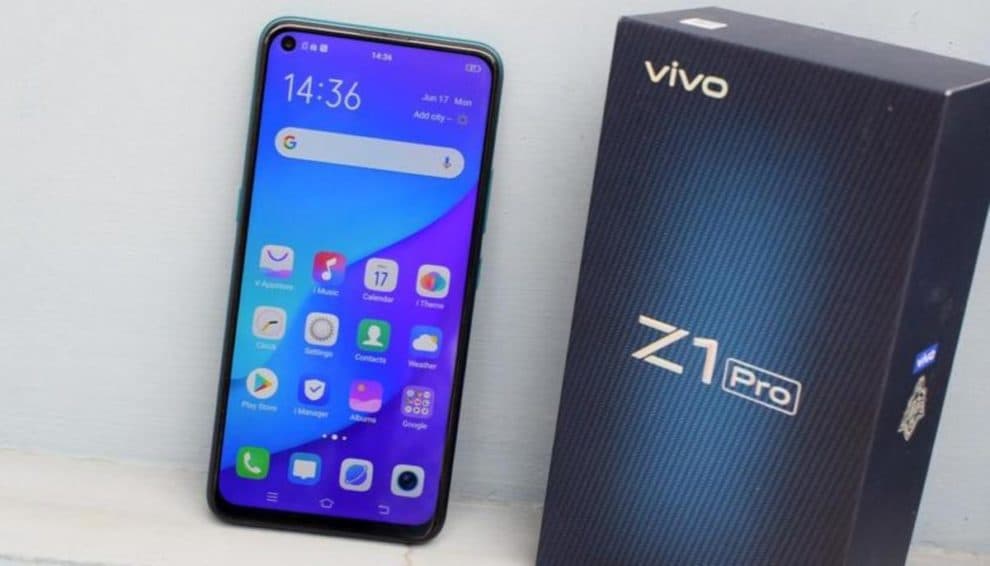 BBK Electronics is a Chinese multinational conglomerate that markets a few smartphone brands, including Realme, Oppo, Vivo, and OnePlus. Talking of the fan base and brand value Vivo isn’t as popular as the other brands, under the same umbrella. However, Vivo is one of the top-selling brands, when it comes to the Asian market. In 2019, the tech company released the Vivo Z1 Pro, running on Android 9 Pie out-of-the-box. Now, it’s been almost a year, and the Vivo Z1 Pro users are still yet to receive the Funtouch OS 10 (Android 10) update. However, according to the recent reports, Vivo was able to release the update for a while, before pulling it back.

In this article, we’ll share with you everything we know about the Vivo Z1 Pro Android 10 update, including why the company pulled back the released update.

According to the latest report, Vivo started rolling out the Android 10-based Funtouch OS 10 update to its Vivo Z1 Pro users a few days ago. The company was able to release the update in batches. That means only some of the phone users are able to receive it.

Unfortunately, several users of the phone have taken to various social media platforms to complain about the released update, which is no longer available for download. Let’s have a quick look at a few of the complaints below:

According to a Twitter user @TrakinPankaj, he received the released update of 3.16GB, and as soon as he updated his phone, it was removed.

Here are a few screenshots of Vivo Z1 Pro users complaints about the Android 10 update below: 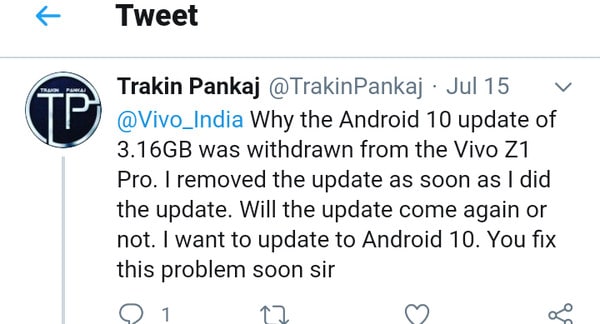 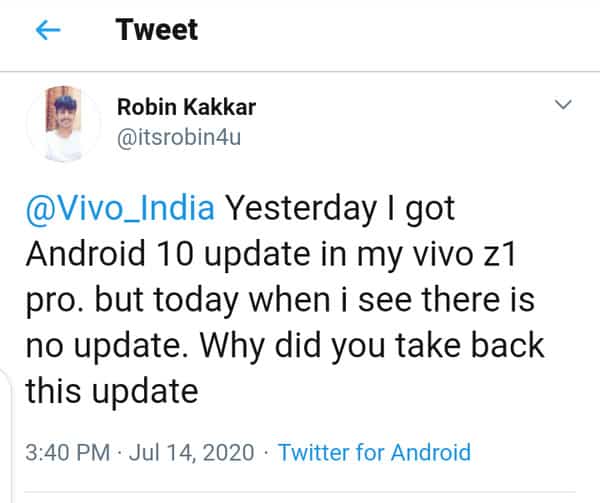 The Reason For The Pull Back Of The Android Update

According to the response to some of the complaints by Vivo India on its official Twitter page, it looks like the released Android 10 update was pulled back, as a result of bugs.

“Hello, while rolling out the update, we have observed some bugs in the software. Hence, the update has been rolled back. Our technical team is working on it and soon Q update once again will be ready for the update. Thank you for your cooperation always.” 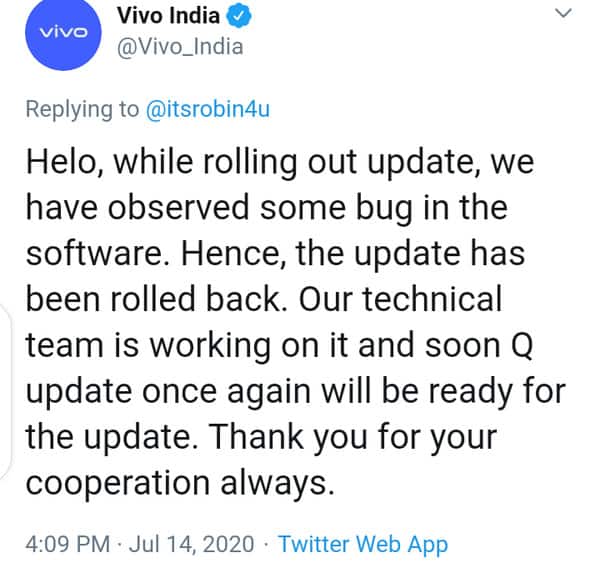 For now, it’s uncertain when exactly the Funtouch OS Android 10 update will come back to Vivo Z1 Pro users. However, you can rest assured that it will come sooner than later. We’ll keep an eye on Vivo for any new update regarding Android 10. As soon as we hear anything, you’ll be the first to know about it.