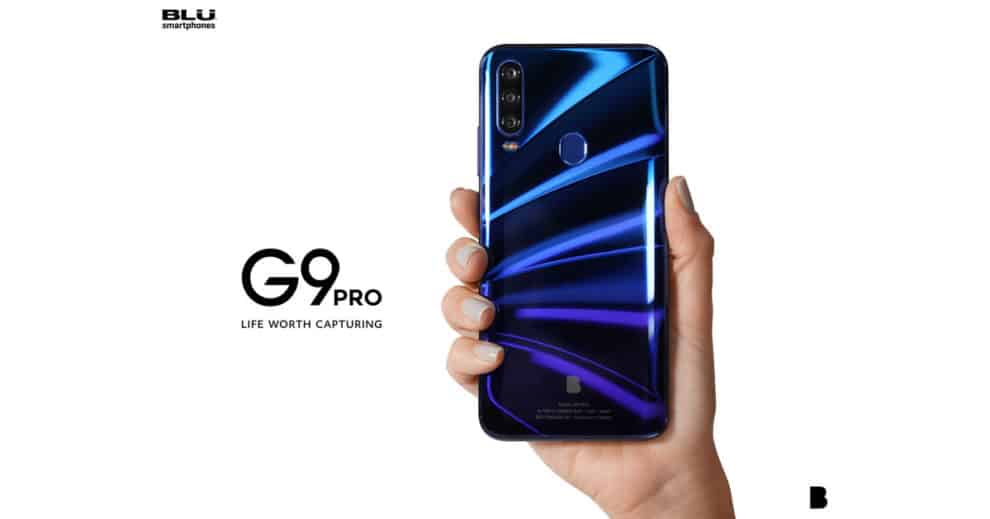 Google released the Android 10 operating system about 10 months ago. And ever since then, a lot of smartphone OEMs have completely rolled out the update to their eligible devices. Surprisingly, a few manufacturers are still working on pushing out the operating system to their devices. One such is BLU, which has just started with the Android 10 beta update testing program. Talking of BLU devices, most of them come with mid-range price tags and Android 9 Pie out-of-the-box. The company released the BLU G9 Pro device in August 2019, offering a host of amazing features, including 4GB RAM, 128GB ROM, triple rear camera set-up, a 16MP selfie camera, and many more. Although BLU G90 Pro was the first from the brand to receive the Android 10 beta update, reports confirm that the company has now started the update testing program for G9 Pro devices.

According to the latest development, BLU has now commenced the Android 10 beta update testing program for BLU G9 Pro devices. The announcement came from the company’s official Twitter account and website.

According to BLU, interested G9 Pro users can now go to the BLU Products Android 10 Beta page, to sign up and join the update testing program. Similarly, BLU G9 Pro users can also proceed to Twitter, as the company has also made the registration link available there.

Check here to see what the announcement from the company looks like: 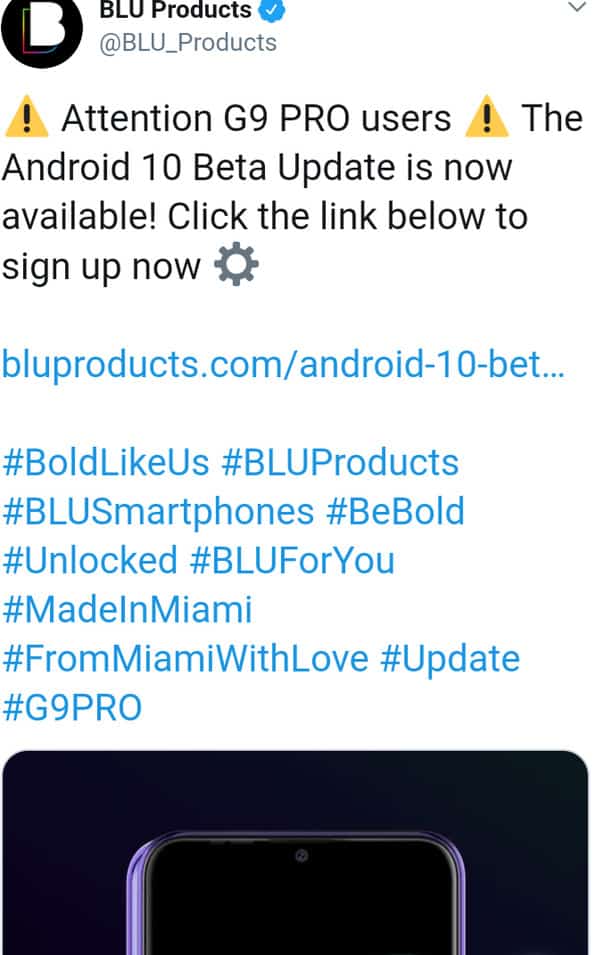 What’s In It For You?

Unarguably, beta updates usually come with a lot of bugs and stability issues. As such, the brand is taking its time, allowing interested users to test the update first. As soon as the testing is over, BLU G9 Pro users, who participated in the beta update program, will be the first to receive the stable Android 10 update. After that, other eligible users will receive the update, depending on how the company decides to release it to them.

According to a Twitter user @KaneComp, he’s been able to join the program and updated his BLU G9 Pro device to Android 10 beta. Furthermore, the user provided a screenshot of the update and mentioned that the device has so far been working perfectly.

Here’s what the user posted, regarding the new update below:

Had a hiccup while upgrading my G9 Pro to Android 10. After the update, it went into a reboot spiral. I powered down the unit completely and let it go cold. Then restarted and everything fine after that. Just thought you might want to know. #android10 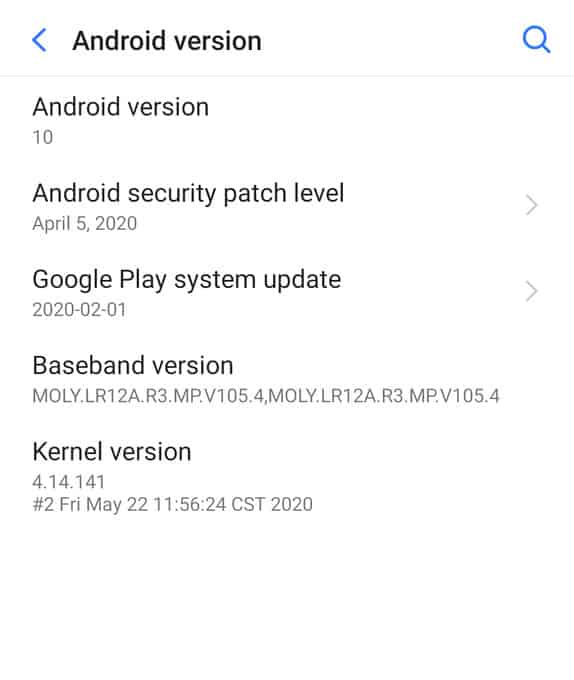 Talking of the first batch of the Android 10 beta update, it comes with a few features. These include the outdated April 2020 Security Patch Level, along with the February 2020 Google Play System update version. However, we should expect more features on the stable version of the update.