Unarguably, Vivo is one of the best smartphone manufacturers in the global market. Coming into the industry in 2009, the Chinese phone maker has produced a lot of amazing products with great features, including sound systems and good camera qualities. However, there’s one particular feature that has got Vivo users unimpressed with the company, and that is the update for Funtouch OS 10 (Android 10).

In a few months, it’ll become a year since the stable version of Android 10 got rolled out to users. Ever since then, only a few of Vivo’s smartphones have been able to receive it so far. They include Vivo NEX 3 5G, Vivo iQOO, Vivo V17, Vivo V17 Pro, and Vivo Z1 Pro.

Although Vivo has put in more effort to ensure that more of its devices receive the update for Android 10, it looks like users are not impressed so far. Now, some angry users have taken to social media platforms to express their disappointment. Let’s have a quick look at some of the complaints so far.

A Twitter user accused Vivo of being too slow with rolling out the Funtouch OS 10 update. Here’s what the user tweeted a few days ago:

“Hey, liar @Vivo_India can you tell your customers that after how many years Vivo Z1X users will get Android 10 update on their phones.
Why are you so slow? Learn from the Realme team. They are faster than Speed of light.”

“@Vivo_India Does Vivo v17 pro get an update of Funtouch OS 10? When update been rollout.” 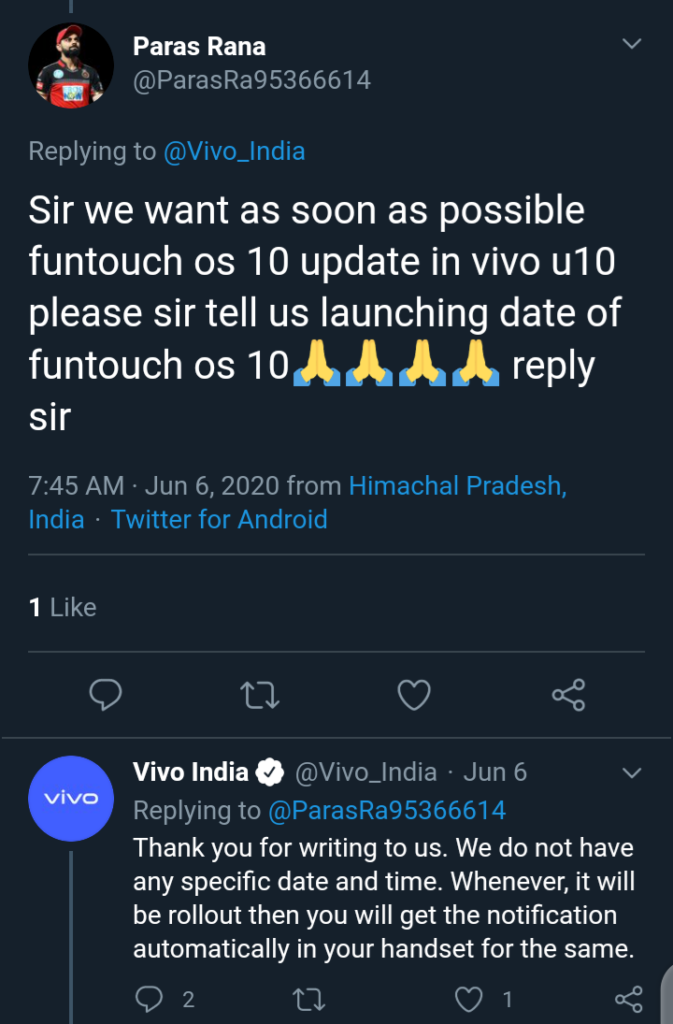 Currently, it’s still uncertain when Vivo will roll out the Funtouch OS 10 update to all its eligible devices. However, it’s worth noting that a few devices have received the update. Also, Vivo Z1X has started receiving the update.

Are you a Vivo Z1X user, I’m glad to break it to you that the Funtouch OS 10 update has started rolling out. However, you might have to wait for the OTA to come to you, as it’s still in the testing mode.

“We would like to inform you that Android 10 released for Vivo Z1x, which is still under the testing mode. Kindly wait for some time you will get the notification automatically in your handset for the same.”

The new update comes with all the core features of Android 10 and some other great features of Funtouch OS 10 for the Vivo Z1X. Some of them include new animations and icons, new minimal design, new live wallpapers, JOVI assistant, app sharing, etc.

According to reports, the OS update has a weight of 3.32 GB and it’s seeded with version number v6.8.15. In case you want to update your Vivo Z1X device to the latest Android 10 OS, you’ll be needing a strong and stable network connection. 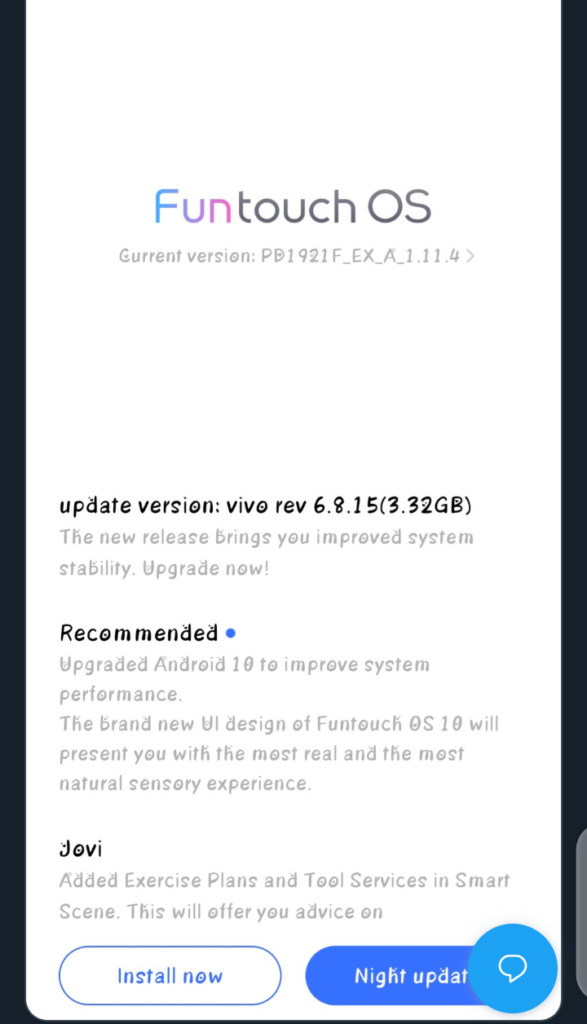