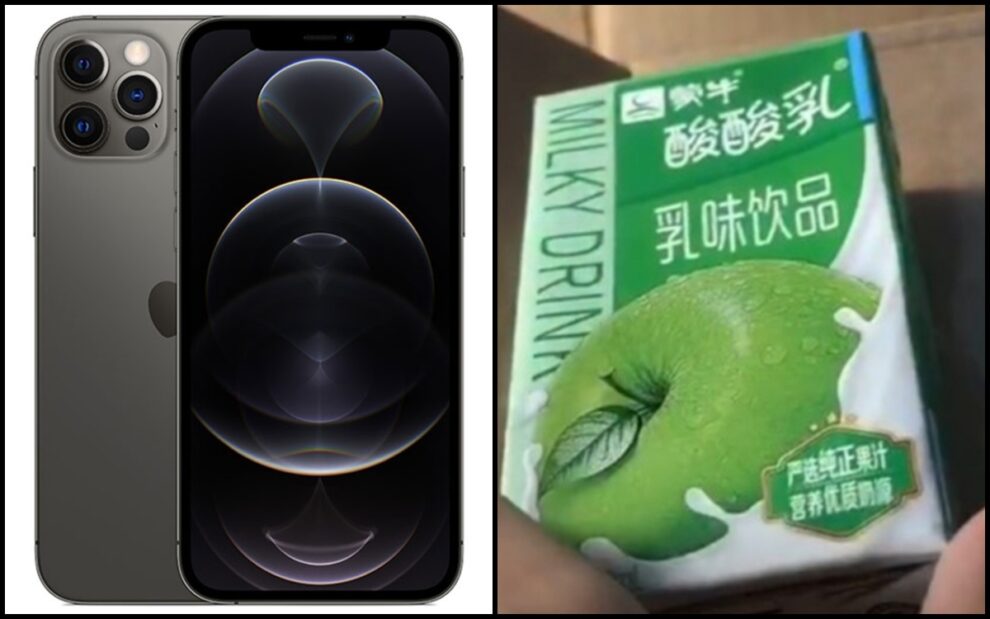 A recent incident occurred in China’s Anhui province where a woman ordered the latest iPhone 12 Pro Max. She had paid through Apple’s official website and received an apple-flavored yogurt instead of the actual phone.

The iPhone 12 series being one of the most requested smartphones in the world is certainly the holy grail for many Apple admirers globally but still doesn’t come cheap. Hence, the surprising part for the woman was that she had ordered through the official website rather than a third-party website to purchase the phone and still suffered such a huge scam.

According to the Global Times, a Chinese woman surnamed Liu ordered an iPhone 12 Pro Max directly through Apple’s website. On February 16th, Liu purchased a 256GB iPhone Pro Max for $1500. Instead of having the device shipped directly to her, Liu placed the order to be delivered to a parcel locker at her Anhui house. Two days later, Liu received her order. However, the photo and video she took of the package indicated a yogurt drink came for her.

It clearly showed as though Liu’s expected iPhone 12 Pro Max had been exchanged at some point in the delivery process. Upon contacting both Apple and Express Mail Service, the official courier for the company, the smartphone was delivered to Liu’s house. Later, an investigation was in progress to figure out what had happened.

Liu’s unpleasant situation went viral across the Chinese social media platform Weibo. Many people responded with their ideas as to how a drink replaced the . Some guessed that Liu ordered by mistake from a shady third-party site claiming to be an official Apple website. Others speculated the package was damaged after the delivery.

In reality, the parcel was opened in between the delivery process. During the investigation, it was revealed that a man named Long was shifting cargo between Anhui and Shanghai from February 6 to 18. He had opened the package and replaced Liu’s iPhone with the yogurt drink before delivery. The 31-year-old man has since been arrested and admitted the crime.