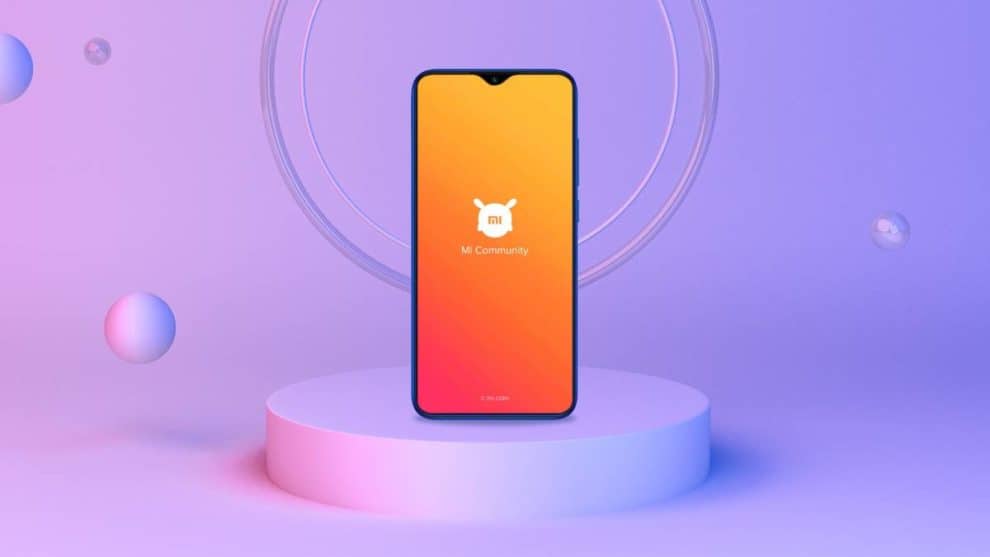 Recently, the Indian government issued an order to ban 59 Chinese applications, including TikTok. The decision to do that came following the violent face-off between the two countries at the Line of Actual Control. However, according to the Indian government, the reason for their action is because the apps pose a lot of privacy and security concerns. Apart from the TikTok app, another app blocked by the Indian government is Xiaomi’s Mi Community. The tech company makes use of the forum to make the necessary announcement and receive issues from its users. Following the ban, the company has now been able to issue a public notice, stating that it’ll adhere to the orders, processes, and protocols required by the government. Furthermore, in the notice, Xiaomi also stated that it has temporarily disabled its Mi community website and app in India.

According to the latest development, Xiaomi has now issued a public notice regarding its Mi Community app, which the Indian Government banned alongside 58 other apps. In the notice, the company stated that it’ll continue to adhere to the orders and protocols required by the authorities.

Also, Xiaomi further stated that it has temporarily disabled the Mi Community, alongside the app in India. With this new development, Xiaomi users won’t be able to access the website for now.

Talking of when the Mi Community website and app will be enabled, Xiaomi stated in the notice that they’ll remain temporarily disabled until it “gets further clarification from the Indian government.” As such, users might have to exercise patience, while the company works with the government.

Here’s a screenshot of what the public notice issued by the company below:

“In the meantime, we’re disabling the app and MI Community Website temporarily, till we get further clarification from the government. We thank you for your incredible support and request with us as we work with the government.” 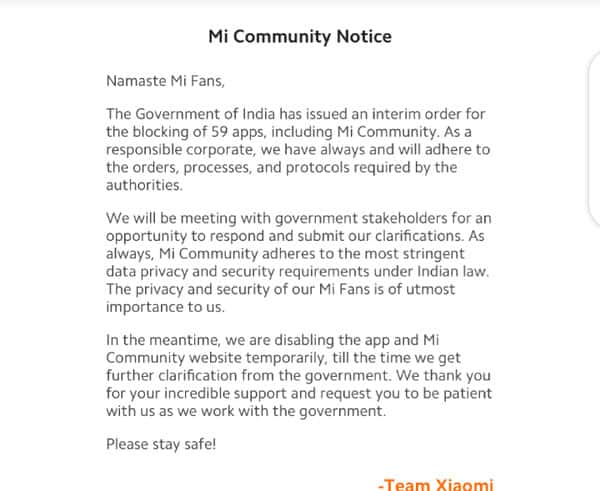