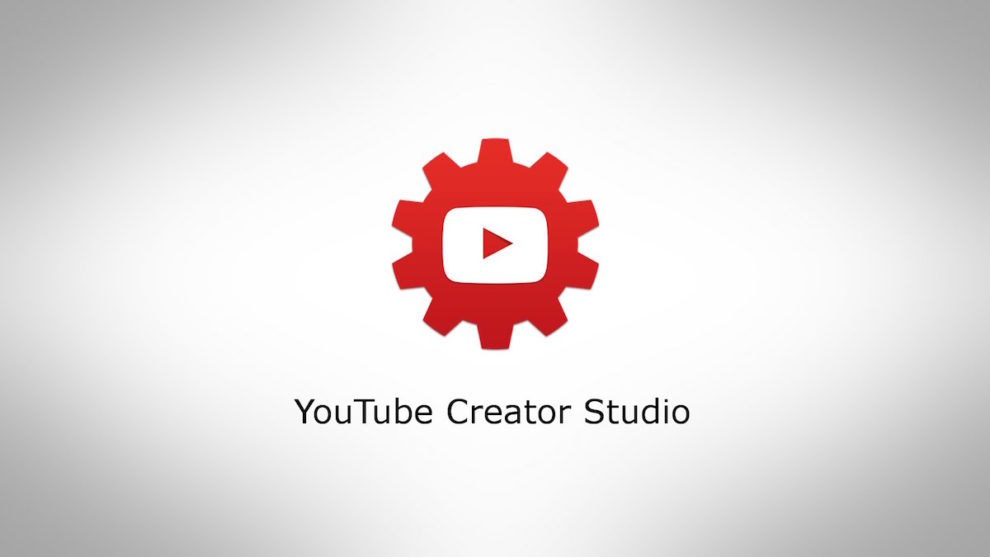 As far as video and music streaming is concerned, YouTube is unarguably the most popular platform across the world. Released in 2005, this platform has, over the years, proven itself to be reliable. YouTube offers its creators and users tons of amazing features – a good example is the YouTube Studio. This offering is one reason tons of creators worldwide visit the platform daily. For those who don’t know, the YouTube Studio app is the home for creators. It allows users to perform various tasks, including making money. Unfortunately, the latest reports across social media platforms say that creators now see an error message when using the Studio app – it says YouTube Monetization Status is Unknown.

As earlier mentioned, the Studio app is one of the amazing features that YouTube offers its users. The app is the home for content creators on the video streaming platform, as it allows them to perform several tasks. For instance, as a creator, the YouTube Studio app allows you to manage your presence on YouTube. Apart from that, the app also enables you to interact with your subscribers & audiences and even grow your channel. That’s not all; the Studio app also allows you to make money from ads.

Unfortunately, it seems the YouTube Studio app is not working as expected for some users. The latest reports reveal that some YouTube creators are currently experiencing a situation, where their monetization status changed to Unknown. Let’s have a quick look at some users’ complaints below:

According to @pkxdboy, the Twitter user reported that his YouTube monetization status suddenly changed to unknown even after updating the Studio app. You can check the image below to see what the error message looks like. 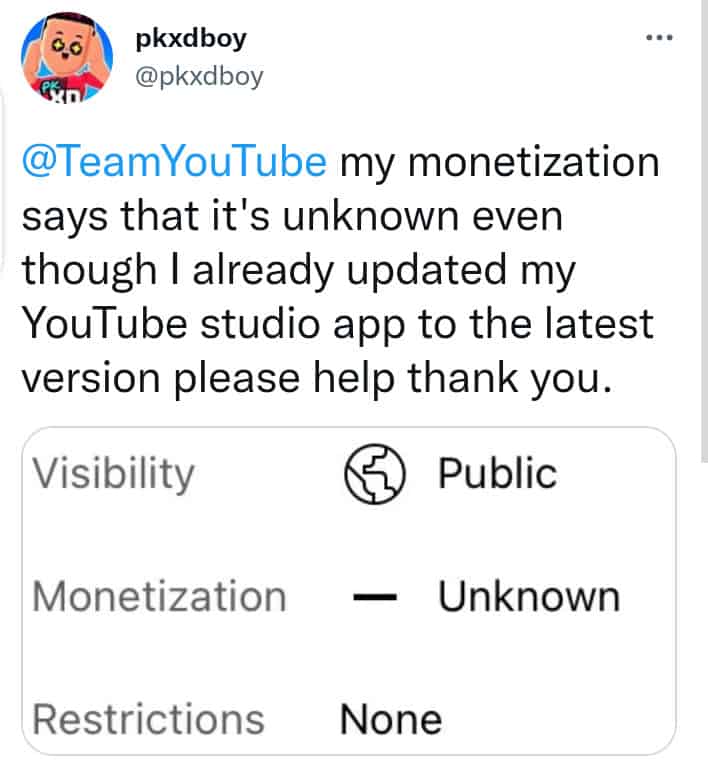 You can also check here (1,2,3,4) for more reports regarding the monetization status that’s displaying unknown.

An official acknowledgment of the issue

According to this tweet, Team YouTube is already aware of the monetization status issue that’s displaying unknown. They are already asking for feedback that’ll assist them in providing a fix to address the problem.

Mind sharing the URL of the video in question so that we can take a look?

For now, we don’t know when YouTube will roll out a fix yet. If you’re very bothered about this issue, you may try the workaround below: