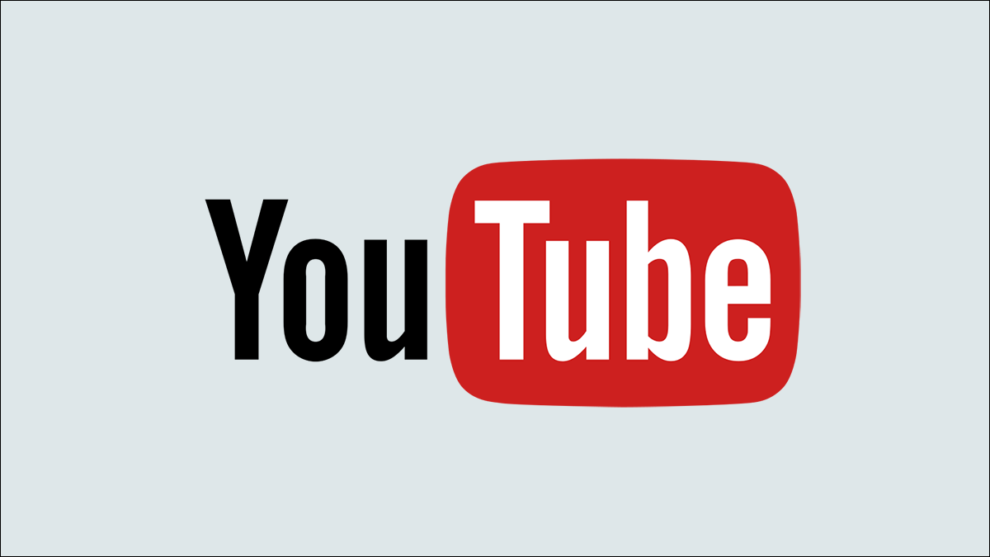 When it comes to choosing the best video-sharing platform, I’m sure YouTube is the first name that comes to mind. This platform has been around since February 2005 and has proven itself to be reliable. Billions of users across the world highly favor it because it offers several amazing features. YouTube is arguably the best out there but even at that, you need to understand that it’s not without its issues. According to the latest reports across various social media platforms, some YouTube users now complain that they can’t play and watch any videos on their own channel through web browsers.

In the rest of this post, you’ll find everything you need to know about why many YouTube users can’t play their own channel videos.

The latest reports on various social media platforms show that YouTube users are currently experiencing an annoying issue. Many channel owners currently report that they can’t play their own YouTube videos. The issue is not affecting the YouTube app, as several reports point out that the problem only occurs when playing the videos via web browsers, especially Google Chrome.

The exact cause of the issue is still unknown. However, some YouTube users mentioned that their channel videos cannot load every time they try playing them.

Many of the concerned YouTube users also reported that they tried several workarounds, such as clearing browser data and app cache. However, none of these generic solutions could address the issue.

You can check here (1,2,3,4,5) to see some reports regarding the annoying YouTube issue. According to Past-Gur507, the Reddit user mentioned said he couldn’t see or play his own channel videos. However, through a different account, he could play the videos. 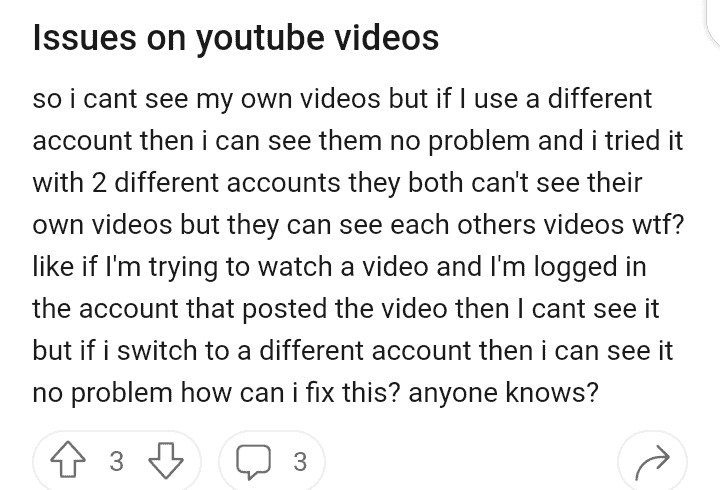 Any fix yet to address the issue?

According to this Tweet, the YouTube team is now aware of the current situation, where users can’t play their own channel videos. The team is already working hard to provide a fix to address the annoying issue. 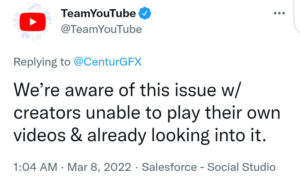 For now, it’s still unclear when the fix will be available. However, we’ll monitor the YouTube team and let you know as soon as there is anything worth sharing. While you wait for the official fix, our advice is that you should try switching your browser. This workaround should temporarily fix the problem.