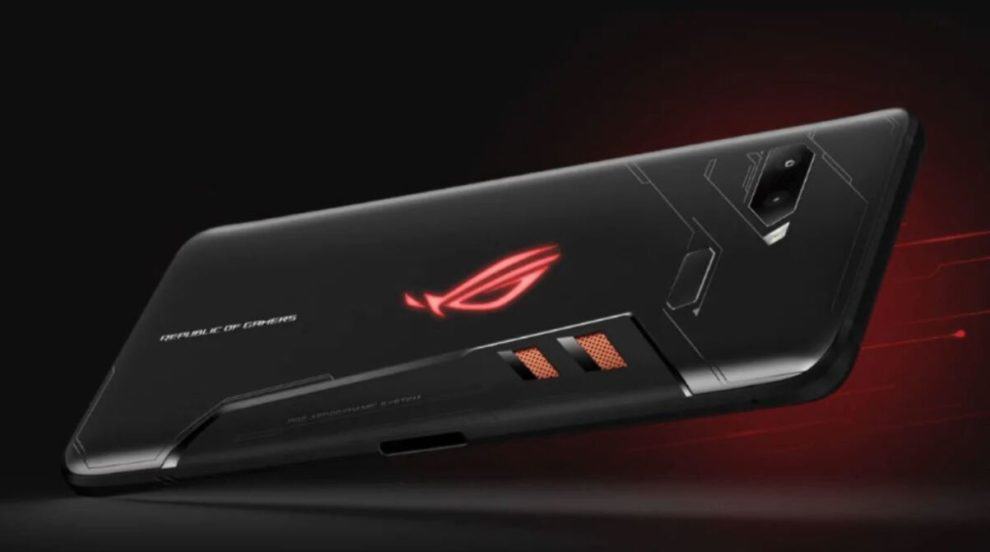 The newly released Asus ROG Phone 3 is the latest in the series of Android phones. While the phone is yet to be up for sale, the device is expected to be available for purchase, starting next month. Talking about its specs, it comes with Snapdragon 865+ SoC, a massive 6000 mAh battery, 144 Hz / 1 ms AMOLED display, up to 16GB of LPDDR5 RAM, and 512GB of UFS 3.1 storage. With all of these features, the phone will definitely be one of the best performing Android phones. The phone also comes with Android 10 out-of-the-box, along with its user interface. However, the UI lacks some of the features present on popular skins. Well, this shouldn’t be an issue since it’s an Android gaming phone. Apart from that, Asus has also rolled out the kernel source code and the official bootloader unlock app for ROG Phone 3.

In this article, we’ll be sharing with you everything we know about the newly released Asus ROG Phone 3, including how to download its kernel source code and the bootloader unlock tool.

With the kernel source code, it’ll become a lot easier for developers to develop stable custom ROMs for the newly released Asus ROG Phone 3. Interestingly, the source code of the new device is unified with that of the ZenFone 7. That was revealed by the Lineage OS director Lucas Stefani, on his official Twitter account. Have a quick look at what he posted below:

“ROG 3, Asus steps up the game. The device officially releases on the 27th. Firmware, Kernel, and Unlock Tool are already up. “And there’s a bonus! Zenfone 7 source is unified with ROG 3. Yay” 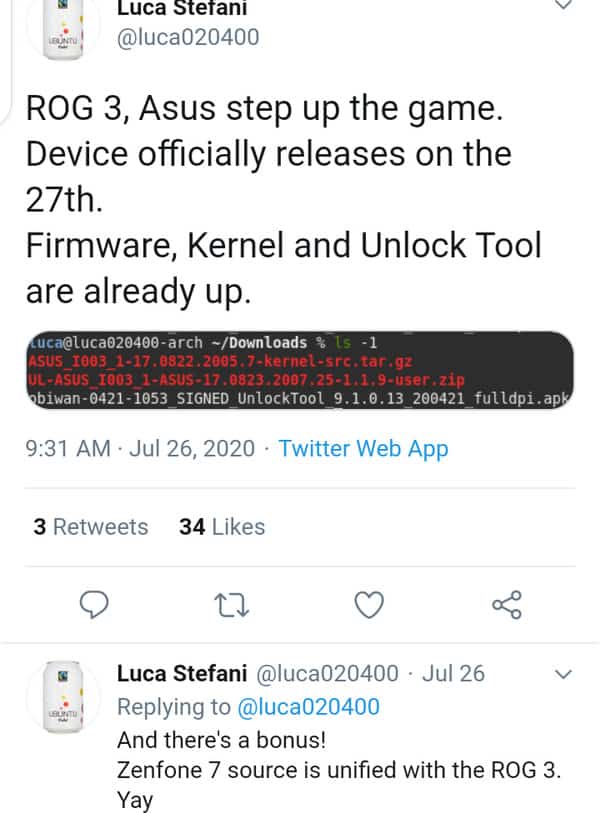 In case you’re interested in getting the kernel source code for Asus ROG Phone 3, you can check below for the download details and link.

Bootloader Unlock Tool For The Device

As mentioned earlier, apart from the source, Asus was also able to release the bootloader unlock tool for ROG Phone 3. As such, tweaking settings and flashing custom ROMs will become very easy to perform.

In case you’re interested in downloading the bootloader unlock app for the device, you can check here for the link.

For now, that’s all we know about the new release gaming phone. We’ll keep an eye on any new information regarding the device. As soon as we find anything worth sharing, you’ll be the first to hear about it.