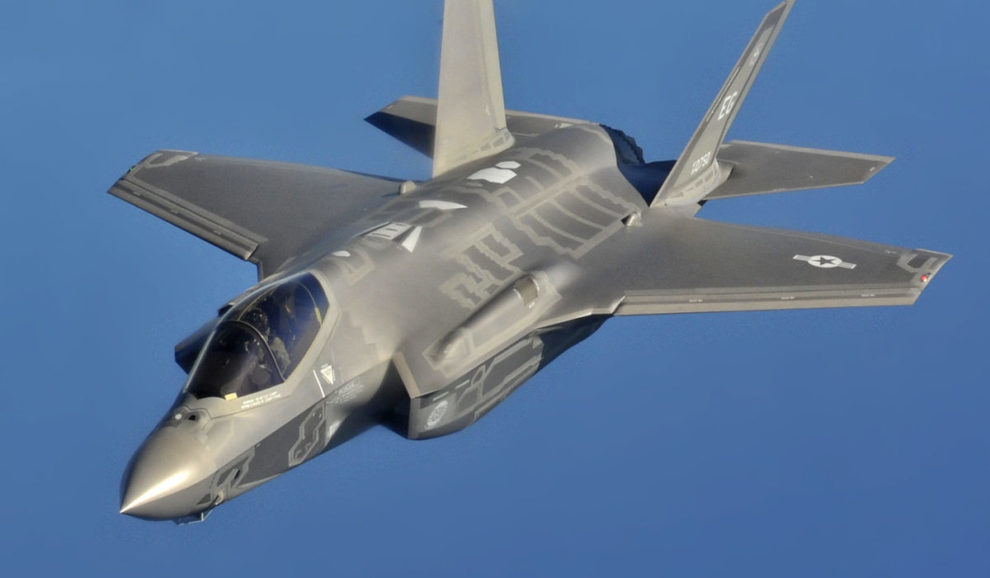 The new Biden Administration suspended weapon sales to Saudi Arabia and fifth generation F-35 fighter jets to the United Arab Emirates (UAE) in order to review the decision made by former President Donald Trump. The Americans dominate weapon sales in the Middle East and hold 48% of the local market, so why would they risk making Arab countries look towards Russia or China to procure billions of dollars’ worth of advanced weaponry?

U.S. risks losing major arms contracts if it lingers with its review.

Biden’s decision to freeze weapon sales to Saudi Arabia and F-35 fighters to the UAE is curious as economics dictates politics, especially for Washington. The announcement that weapon sales are being reviewed is simply to give the impression that Biden wants to bury the Trump era and move on from the former president’s relations with much of the world.

The U.S. State Department has indicated that these contracts awarded under the previous Administration should be re-examined. Biden’s team claims that the review is a routine procedure in a period of transition between presidencies. Despite this supposed normality, the measure is still surprising given the links forged between Trump and the Gulf petromonarchies by bringing many of them closer to Israel. Bahrain and the UAE even signed normalization agreements with Israel in order to constitute a common front against Iran.

With the arrival of Biden into the White House, Israel is worried about the positioning of the new administration on several issues in the Middle East. By this postponement Biden finally shows that the U.S.’ closest ally in the region is Israel. Despite the recent normalization between the UAE and Israel, not enough trust has been built yet for Tel Aviv to feel comfortable enough for an Arab country to obtain these highly advanced fighter jets. Israel would need assurances that the sale of the F-35 will not be turned against them in the future. Despite diplomatic progress in the region, the sale of F-35s to the UAE caused much distress and opposition in Tel Aviv. Nonetheless, a law in Congress specifies that the U.S. must ensure Israeli superiority before selling weapons to a third country.

Washington has always favored Israel so that it can maintain a military capacity superior to that of its regional neighbors who were more closely aligned to the Soviet Union during the Cold War. Today, the Israeli military has adapted to a new paradigm by avoiding the deployment of troops on the ground and using its air force to target Iranian troops and Shi’ite militias in Syria and Iraq. Since the start of the war in Syria, Israel has carried out more than 100 deadly strikes. The latest strike on January 13 killed more than 50 people. The Israeli military prioritizes its independence in terms of capabilities and knows that its aerial dominance is the cornerstone of its defense system, making it possible to strike powerful blows outside of its borders.

It has been speculated that the postponement of weapon deliveries to Saudi Arabia and the UAE could also be a discreet message to Tehran that the Biden administration is willing to negotiate on the Iranian nuclear program. Iran was alarmed to see its Emirati neighbors are in the process of acquiring F-35s. This supposition must be questioned however as the Americans make the sale of weapons a priority in the region and it is hardly conceivable that Washington would back down on billion-dollar contracts for the sake of seducing Tehran.

This does not discount that the Democratic Administration is playing a balancing act to reassure international opinion because of Saudi-Emirati war crimes in Yemen, satisfy historic allies, sell arms and diversify economic partners.

The review is unlikely to go on for a prolonged period of time as Washington knows that if they do not sell these weapons, the Arab monarchies could look towards Russia or China to procure powerful weaponry. Despite the pressure of international opinion against Saudi-Emirati war crimes in Yemen, the Americans will unlikely lose their richest clients, especially since war crimes have never been a major concern for Washington unless it is perpetrated by a non-partner.

The American economy has always been the beneficiary of wars and other armed conflicts since World War II, and it is unlikely that this will change. With the Russian fifth generation Su-57 fighter jet entering service on December 25 last year, and the Chinese fifth generation J-20 fighter jet entering into service in March 2017, the Emiratis are not short of options to procure advanced aircraft. In addition, the Saudis could also procure missiles and other weaponry from Russia and China, and it is likely that Biden is aware of this fact and will not linger for long in reviewing the Trump-approved F-35 sale to the Emiratis and other weaponry to the Saudis.