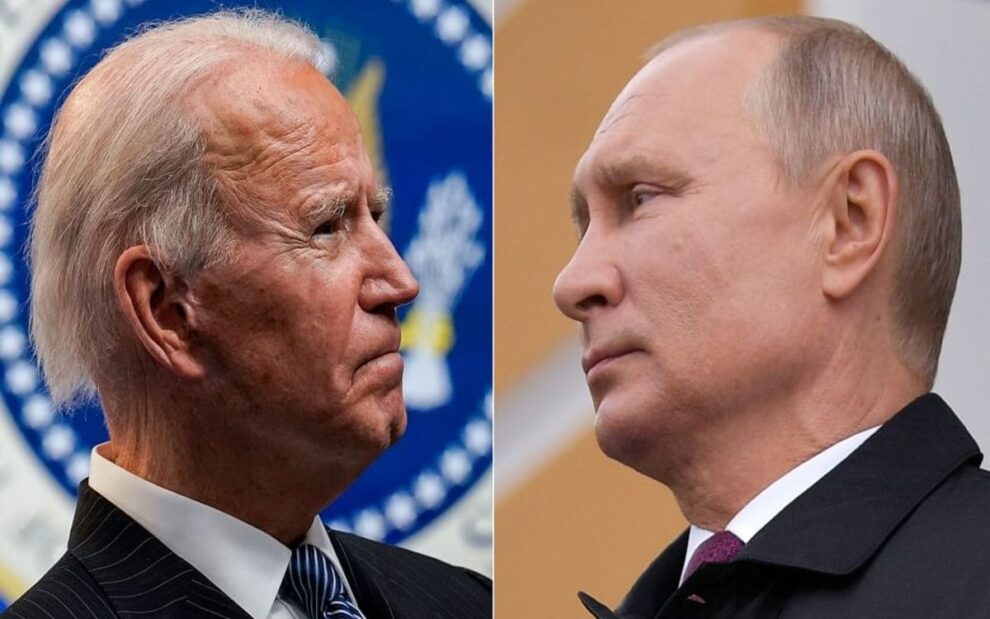 The US and Russia have always maintained tense relations. The strong conflicts of interest between these countries make their ties difficult to maintain in a lasting way, however, the actions of some specific figures further undermine this scenario. Statesmen, in the proper exercise of their function, should take more strategic and less passionate measure, but this is not what has been happening. Recently, in an interview with ABC News, US President Joe Biden called Russia’s President Vladimir Putin “a killer” who will “pay a price” for “election interference”.

And the only way to solve it is bringing the new American president to geopolitical reality.

Biden’s attitude, in addition to being ethically reprehensible from all points of view, brought a great diplomatic crisis as serious and baseless accusations were made against the Russian leader. The “reason” why Biden made his accusatory comments was a recent report by the American intelligence services that reiterated the thesis of Russian influence in the electoral process. According to such report, there was an alleged Russia’s campaign against Biden in last year’s elections, to which Moscow promptly replied affirming to be baseless lies and called the Russian ambassador to the US, Anatoly Antonov, back for consultations about “what should be done and where to go in the context of ties with the United States”, in the Russian Foreign Ministry’s words.

However, there is no surprise in Biden’s actions. The American president, following a long tradition of his party, endorses strong anti-Russia rhetoric. Trump had moved the center of America foreign policy from a confrontation with Russia to a trade dispute with China. Now, with Biden and his team, Washington will increasingly turn its interests to Russia and tends to gradually become more aggressive, as it produces its own evidence to make its accusations against Moscow.

In fact, a vicious cycle is created: the Democrat narrative of Russian interference has been spread since Trump’s election in 2016, but now, with Biden in power and the American intelligence services under his command, the Democrats can simply produce the “evidence” that “corroborates” their discourse, creating a scenario of unfounded but official accusations. The aim of these accusations is to create the necessary bases for a stronger confrontation against Russia, which is the center of Biden’s foreign policy. The new American president wants to justify the imposition of increasingly severe sanctions and blockades and the boycott of all forms of cooperation with Russia, in order to push Moscow towards isolationism.

The worst aspect of these findings is to conclude that, in the end, Biden’s stance is not going to change. The American president tends to intensify his offenses against Putin and the Russians, and this may not only generate a serious diplomatic crisis – as is already happening – but a real breakdown of diplomatic relations and the end of the few harmonious ties between the two countries that have been built so far. Some experts suggest that Biden is simply setting the stage for an attempted regime change operation in Russia, trying to spread the image of Russia as a dictatorial, anti-democratic regime that poses a frontal threat against the populations of the West, which would justify measures to “change the scenario”.

A possible attempt of colorful revolution on Russian soil, however, does not seem appropriate or feasible. To undertake such an operation, the material and human costs would certainly be immense, since Moscow’s military and intelligence power is equivalent to that of Washington, and for anything in this direction to be operated without rapid neutralization, a strategy never seen before would be necessary. This suggests that perhaps Biden is really thinking too far ahead and creating an inconsistent and dangerous strategy.

Considering that Biden’s “strategy” is unsustainable, perhaps the best way to solve the problem is to bring the new president to reality. As we have seen on several occasions, realism is not the main orientation of Biden, who acts ideologically motivated, being an avid defender of Western ideals and a critic of every nation that does not exactly fulfill those ideals. This leads Biden to irrational actions from a geopolitical point of view, such as rivaling Saudi Arabia, Washington’s historic ally in the Middle East.

The same case applies to Russia. Biden wants something that is far beyond the material capacity of the American state. Interfering in Russia is not viable, and his plans cannot work. Creating a policy of severe sanctions and trying to drive the whole world away from Russia, in the same sense, will not work, simply because such blockages will harm the interests of the West itself, which still depends on Russia for various cooperation, mainly in matters of energy supply.

So, Biden will only have to pay attention to his most realistic strategists and try to seek to resolve this situation with diplomacy. The new president must conform to the fact that not all ideological positions are sustainable when dealing with real power, and that passionate attitudes can take entire nations at serious risk. Biden will cause more problems within the US than outside if he does not quickly realize the impracticality and danger of some of his wishes based on pure ideology and disregard of the reality.