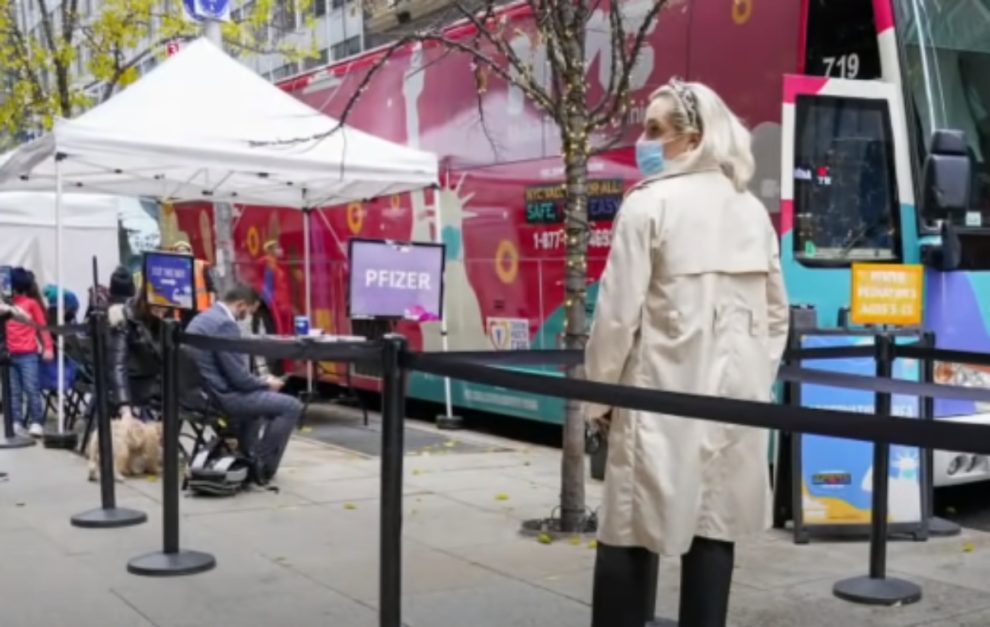 The expansion of the Covid-19 vaccine mandate to the private sector in New York City made headlines and sparked some concern about the potential impact on employment.

New York City Mayor Bill de Blasio announced on Monday that workers in the private sector would also be subject to the Covid-19 vaccine mandate.

According to de Blasio, the mandate would go into effect on December 27 and would apply to approximately 184,000 businesses.

De Blasio went on to say that specific rules in this regard would be issued on December 15, and that the mandate would only apply to in-person employees, with no option for weekly testing.

“In The Bronx, with 15 per cent unemployment, 28 per cent of residents will no longer be able to work on December 27, including 44 per cent of Black young adults, as a result of de Blasio’s vaccine mandate for the private sector,” said Joe Borelli, Staten Island Councilman and the incoming Republican minority leader, on his Tweet account.

“There are 62,000 small businesses in Brooklyn, alone. It sets up problematic confrontations between employers and staff, which could result in layoffs around the holidays that would be incredibly unfortunate,” said Randy Peters, president of the Brooklyn Chamber of Commerce.

According to Kathryn Wylde, president and CEO of the nonprofit business organisation Partnership for New York City, the timing of the mayor’s announcement and the failure to consult with the business community exacerbate a very nervous, bad situation.

Beginning December 14, children aged 5 to 11 will be required to show proof of vaccination at indoor dining, fitness, entertainment, and performance venues, as well as before participating in high-risk extracurricular activities such as sports, band, orchestra, and dance.

On Monday, the seven-day average of new Covid cases in New York City increased to 1,975 from less than 1,000 at the start of November.

De Blasio, who was born in 1961, will leave office at the end of December after serving two terms as mayor of New York City.