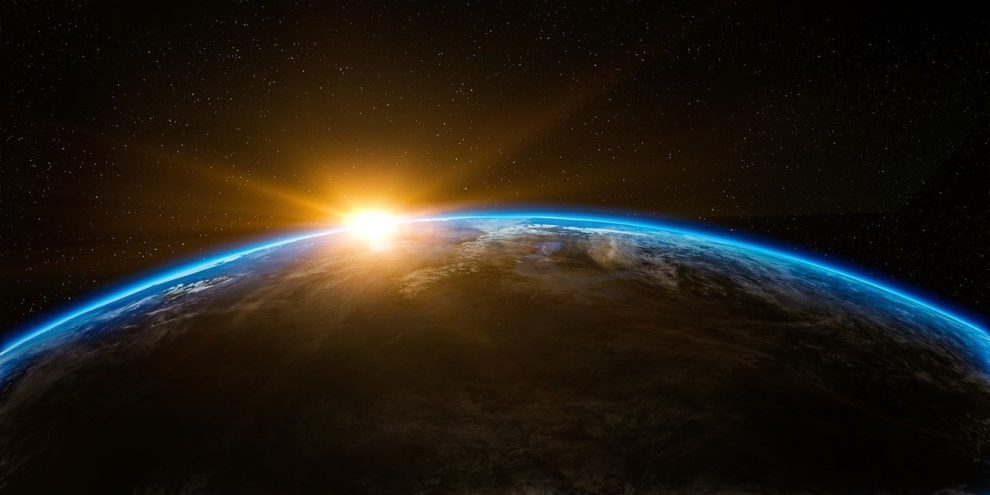 In the 20th century, the world witnessed a space race between the United States and the Soviet Union that resulted in some of humankind’s greatest achievements beyond our planet — the first manned mission to space and the moon landing. Right now, Elon Musk, Jeff Bezos, and Sir Richard Branson — the three billionaires pushing for the exploration and commercialization of space — are having a space race of their own. They are investing billions and throwing immense resources on the altar of science and space commerce in pursuit of their ambitious goals: colonizing Mars, building hotels on the Moon, and creating huge space hubs that would host hundreds if not millions of people at once.

All three billionaires have different agendas and different means to achieve their big goals. As grand and as awesome as their dreams and ambitions are, however, many people wonder whether they have any practical value for the inhabitants of Earth here and now. Wouldn’t it be better to focus on improving living conditions on our planet and making it a lush green paradise rather than trying to find a new home among the stars? Well, that’s a tough question to answer, so let’s see what Bezos, Musk, and Branson have in store for the future of humanity.

Of the three billionaires, two have already earned their astronaut wings. This year, Sir Richard Branson and Jeff Bezos became astronauts, showing their commitment to the world and further stating their aspiration to conquer space. Meanwhile, in his trademark eccentric manner, Elon Musk voiced his wish to die on Mars, just not on impact, as he himself puts it. To us common folks, these feats and ideas might come across as a bit odd — a bunch of billionaires playing with their big toys and dreaming of becoming astronauts. Does any of that have real-life value here and now? Well, it just might.

Bezos: People of the Future Will Take Vacations to Earth

Jeff Bezos’ grand vision is to build huge space stations that would orbit the Earth or travel through interstellar space, hosting millions of people and offering living conditions close to those on Earth. As Bezos puts it, these space stations would mimic the Earth’s climate and replicate different biomes we have on our planet. They might feature low-gravity areas where people would be able to fly around just for fun along with farms, houses, transportation, and all the other things we’re used to.

People would be born, live, and work in these space stations and would visit Earth on their vacations just like we visit Yellowstone National Park. Of course, that’s a vision for a distant future, as we do not yet have the capacity to build such grandiose structures in space. But Bezos’ Blue Origin is already taking steps in that direction.

Right now, one of Blue Origin’s main objectives is building a commercial space station for business and scientific purposes that would host up to 10 people. The ISS is getting old and dated, and the world will need a new space station soon. That is a demand Bezos wants to meet by 2030. To achieve that, he is providing $1 billion of his own money to Blue Origin on a yearly basis.

The effort to colonise Mars is the main driving point for SpaceX’s very existence, and it is something Elon Musk talks about with great enthusiasm. Despite Musk’s and Bezos’ goals aligning in more than one way, the relationship between Musk and Bezos seems to be sour, especially after NASA awarded $3 billion in funding to SpaceX rather than Blue Origin. The two billionaires have been at odds for years, criticizing each other’s ideas and ambitions on social media.

Such a relationship between the two space giants is counterproductive at best. Bezos claims that colonizing other planets is pointless, while Musk says that building grandiose structures in space would be more challenging than building an entire country the size of the USA from scratch in the middle of the ocean. Either way, the two seem to be making good progress towards their respective goals. But it is only in the case of Elon Musk that we see any immediate value to humanity in the grand scheme of things.

Apart from his efforts to colonise Mars, Musk has already sent over 1,600 satellites to low Earth orbit with his company SpaceX to provide internet connectivity to people living in remote areas. Additionally, his electric cars are already making incremental steps towards reducing our carbon footprint. Overall, Musk’s goals and ambitions stretch much further than colonizing Mars, and it would be unfair to say that his work brings no immediate value to humanity.

Branson: Hotels on the Moon

If there’s one person who seems to be having the most fun with his billions and making some of the most bizarre plans for the future of space, it is Sir Richard Branson. His Virgin Galactic company offers space tourism services to people around the world, and though it is a rather expensive flight with a price tag of up to $350,000, there are hundreds of people waiting in line. Movie stars and wealthy people worldwide have already booked their tickets to space, and Branson himself had his maiden flight this summer.

The most ambitious idea Branson has, though, is building a hotel off the Moon. Clearly, Branson is interested in the commercial aspect of space conquest, though his ideas are fun and his motives admirable. One might question if it isn’t too early for us to think about building a hotel in space, however. Sure, it’s exciting to think about space tourism and having a chance to become an astronaut without having to go through rigorous training. But what value does that provide to a wider audience? Can ordinary people who cannot afford a $350,000 ticket benefit from Branson’s grand vision? Probably not, at least not in any observable future.

The Danger of Billionaires’ Dreams

While Musk, Bezos, and Branson dream about space and make quite significant progress in their pursuits, many argue that there are more important things to do, not just in space but here on Earth. Luckily, there are space startups that focus on environmental clean-up. Skyrora, for instance, has invested in the development of the Ecosene eco fuel that is produced by recycling plastic wastes. Tests show that this fuel might be as efficient or even more efficient than kerosene. Wozniak’s Privateer Space focuses on cleaning up orbit and removing space debris that threatens the safety of space flights in the near future.

So why don’t we see space giants like our trio of billionaires doing something like this instead of focusing on publicity stunts such as strapping cars to rockets, taking celebrities on space flights, and talking about futuristic technologies that will not be available for decades if not centuries? The simple answer is that it’s just more exciting than cleaning up our mess and taking care of the melting ice sheets. Sure, space colonies sound cool, but there has to be a way to combine all that with the effort to preserve our home planet so we don’t have to hastily escape to another one.

Space billionaires are huge dreamers, but can we really blame them for not doing anything to preserve the planet we live on? Having people live in space and visit the Earth as if it were Yellowstone is a beautiful dream indeed, but first, we need to keep this Earth lush and green so there’s something for future generations to visit. It’s easy to say that Jeff Bezos or Elon Musk should better invest their billions in saving this world rather than colonizing another one, but the problem lies much deeper.

Billions and trillions of dollars are spent on war efforts every year, yet people turn to space billionaires when looking for money to solve their problems. Sure, Bezos, Musk, and Branson have much more leverage to change things up than your average Joe, but it’s our common effort that matters. It is neither fair nor reasonable to blame space billionaires for turning a blind eye on the problems that plague Earth’s population here and now. All of these individuals make a viable contribution to bettering people’s lives either by producing electric vehicles or simply creating thousands of jobs worldwide.

The preservation of our planet for future generations truly is a more pressing task than colonizing other planets, but it does not mean we have to stop pursuing this ambition. There must be a balance between these two objectives, and hopefully, one day, we will build a real paradise here on Earth — a paradise people from other places among the stars would be happy to visit.