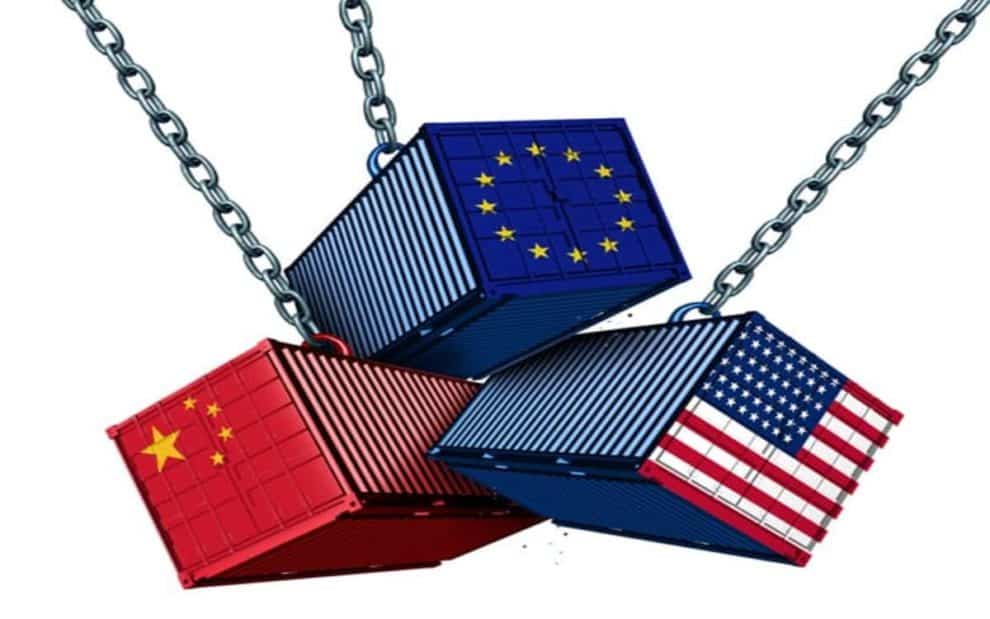 In the last days of 2020, a new step towards China’s absolute victory in the trade war was taken. The EU and China, two geo-economic superpowers, took advantage of the hiatus of the US presidential transition between Trump and Biden to formulate the EU and China’s Comprehensive Agreement on Investment (CAI), despite opposition from Washington, which can do nothing to prevent it.

The new agreement announced by Beijing and Brussels establishes a series of measures of mutual commitment between Chinese and Europeans to create good conditions for investments and for fair trade competition. Announced on December 30, after a video conference attended by the presidents of the European Commission, Ursula von der Leyen, and the European Council, Charles Michel, German Chancellor Angela Merkel, French President, Emmanuel Macron, and Chinese Head of State, Xi Jinping, the agreement consolidates a long process of seven years of expectations and projections on how to define a future for Sino-European relations in a world with increasing Chinese leadership.

It is important to note how the consolidation of negotiations between Europeans and Chinese was preceded by the celebration of the RCEP (Regional Comprehensive Economic Partnership). Having created the largest free trade area in the world, bringing together countries with historic rivalries (such as Chinese and Japanese or Australians) around a comprehensive trade partnership, covering a third of the world population, without a doubt, this agreement has raised concerns among Europeans about their future in international trade.

The growing American isolationism – which Biden intends to overcome, but nothing guarantees that he will succeed – leads Europe to take increasingly neutral positions in the disputes of the global trade war, seeking to work only for its own benefit and not in favor of political or ideological alignments. This means that, despite all the ideological differences between Europeans and Chinese and all the impasses that could break their relations, the trend from now on is that both powers will come increasingly closer.

Europe, in the current context, had to accelerate negotiations on the Agreement because it needs Chinese capital. Having been devastated by the new coronavirus pandemic, the European bloc urgently needs to revitalize its economy through beneficial international partnerships – something that Americans currently cannot offer. In all the economic aspects necessary to overcome the current crisis, such as the digital economy and clean energy, China is at a more advanced stage of development than Europeans. On the other hand, the green agenda is a European ideological priority, but without real resources to implement it – something that China can offer through its clean energy with the help of nuclear fusion.

With this victory, Beijing achieves another great geo-economic triumph as it finally begins to realize its famous “three Silk Roads” – the continental, the maritime and the arctic with final destination Europe, mainly its greatest economic power which is the Germany, the European nation most active in the negotiations of the Agreement and one of the most interested in new opportunities for cooperation.

However, although Europe needs Chinese capital, this is a typical “win-win” situation, considering that China, in the same sense, needs the European Union market – 27 countries, 448 million inhabitants and a GDP of 15,6 trillion dollars. In fact, the agreement manages to unite the largest developed economy and the largest emerging economy in an investment cooperation platform that totally changes the course of global economics, especially with regard to the US.

Both the defeated Trump and winner Biden share a mutual dislike for China. The trade war waged by Trump will not be mitigated by Biden. The Democrat is ideologically committed to the preservation of American hegemonic power, which means that he will be able to use the most diverse means to guarantee his country’s power worldwide – which has already been made clear with its pronouncements on the Middle East. In this sense, Trump even seems more friendly to relations with China than Biden. Trump acts as an businessman, seeking to negotiate whenever possible. At various times Trump has shown himself willing to establish mutual conditions to ease the trade war – something that is more unlikely with Biden at the White House.

If Trump won the elections, we could expect a more diplomatic attitude on his part – with China having entered into two agreements that place it as the new global trade leadership, Washington would only have to seek to negotiate a third agreement that would end the disputes and establish favorable conditions for all sides. However, with Biden, who thinks ideologically, the most likely scenario is that of increasing sanctions and worsening rivalries. The president-elect is likely to punish the entire Europe for concluding an agreement with China. This will lead to an even more advanced stage of the trade war – and it is very unlikely that Americans will be able to carry on such a dispute for a long time without suffering serious damage to their economic and diplomatic relations.

In this sense, the Biden scenario has already started: Jake Sullivan published warnings to Europeans on a social network and made clear the position of the Biden Administration on agreements with China. Brussels completely ignored the warnings and Europeans seem more than ever interested in negotiating with Beijing to the detriment of the US, whose isolation is not expected to end anytime soon.