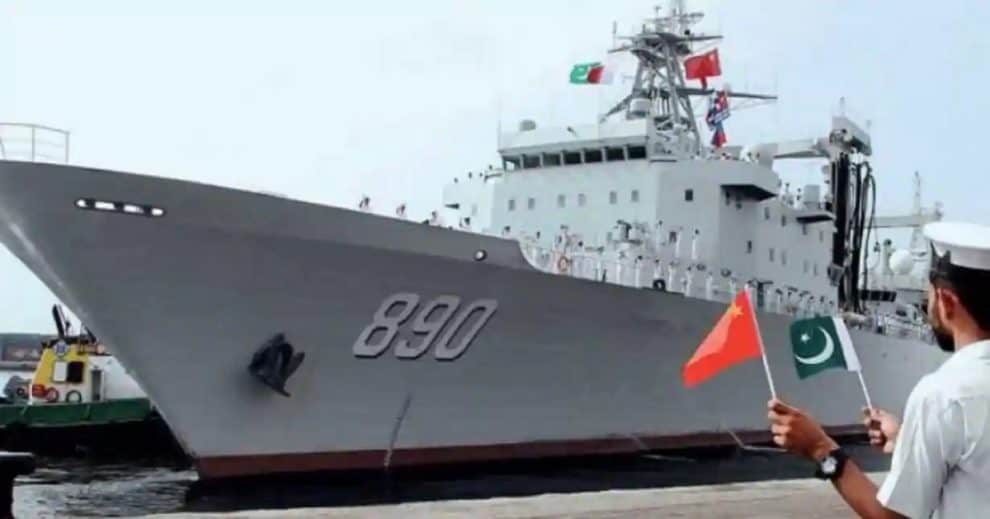 An agreement has been signed between China and Pakistan for the delivery of advanced warships to the Pakistan Navy in Islamabad.  These advanced warships which are the biggest vessels ever imported by China will strengthen the ties between the two countries. Pakistan navy will be able to greatly benefit from these ships as they are highly advanced guided-missile frigates.

The first advanced warship was officially launched on Sunday.  This warship is among the four vessels designated to be transported to the Pakistan navy. According to Chinese media reports, these warships are highly beneficial with regard to increasing combat power. They will significantly enhance the operational capabilities of the Pakistan Navy. According to reports, three more vessels will be transported to the Pakistan navy next year.

Chinese state-owned manufacturers, Hudong Zhonghua Shipyard, will craft these advanced warships. The deal dictating supply of four vessels was drafted somewhere around June 2018. On 19 December 2018, the steel cutting ceremony was held in China for the second type 054A frigate, set to be supplied to the Pakistan navy. This ceremony was held in the honor of beginning the manufacturing of vessel at the shipyard located in Shanghai.

A local Chinese news site revealed, that the O54A/P was purchased by Pakistan as the successor of the F-22P frigate. The F-22P frigate was developed by China as an export model. The inspiration behind the F-22P was 053H3 frigate. Lately, China has been making efforts to promote the Type 0514 frigate to the international community and they have been receiving a positive response.

China is eager to promote the type 054A model to the international community primarily because it the most highly advanced frigate. This model in service with the PLA Navy is highly equipped in terms of modern sensors and air defense systems. These features make the type 054A model incredibly powerful.

According to reports by navalnews.com, the Type 054A is referred to as the backbone of the People’s Liberation Army Navy (PLAN) virtue of it being a multi-role highly advanced frigate. The PLAN has a powerful fleet of surface combatants along with 30 vessels in commission.

The type 054A has a length of 134 meters. The beam and displacement are measure at 16 meters and 4,000 tons respectively. The crew complement has space for about 165 sailors. The crew complement also comprises of highly advanced weaponry such as torpedos, anti-submarine rockets, CIWS, and surface-to-surface missiles. Needless to say, this model posses powerful combat abilities. The supply of these advanced warships from China to Pakistan will strengthen the already budding ties between two states.