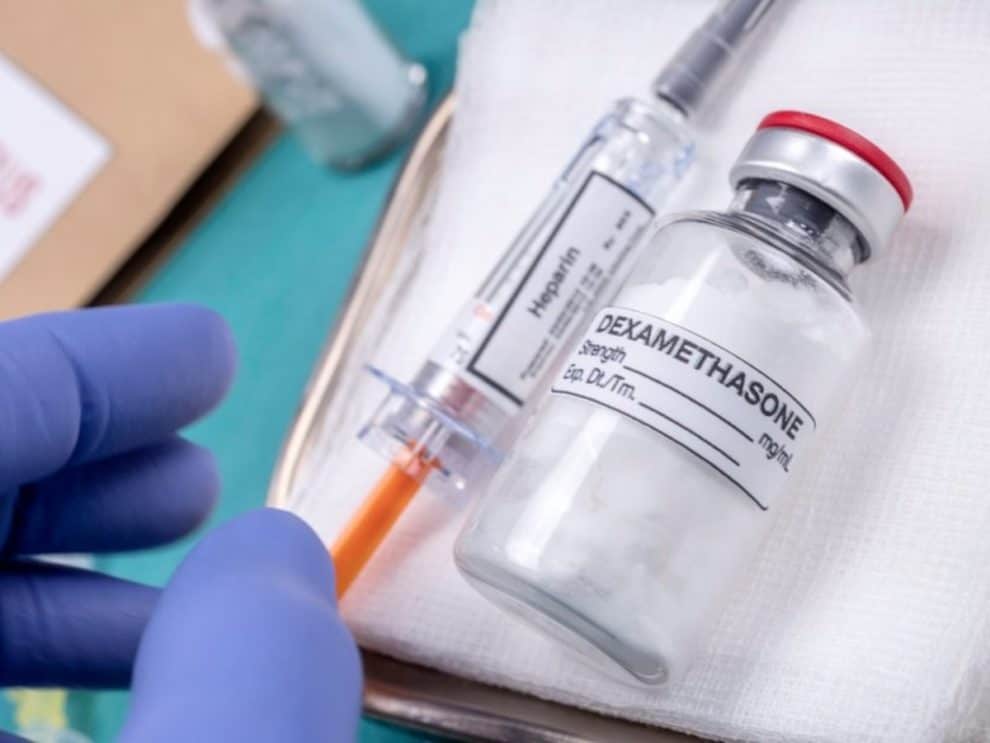 According to UK scientists, there’s a cheap steroid, called dexamethasone, which is capable of reducing the risk of death among COVID-19 patients using ventilators, by one-third. While working on a Recovery Trial, the Oxford scientists were able to ascertain that the life-saving drug could benefit COVID-19 patients. They also discovered that the steroid has no side effects on patients with no breathing issues.

The Oxford scientists have discovered a cheap and widely available steroid called dexamethasone. And it’s capable of mitigating the coronavirus death rates. According to the researchers, they said: “the low-dose steroid treatment dexamethasone is a major breakthrough in the fight against the deadly virus.”

The Oxford scientists also mentioned that dexamethasone is capable of reducing the risk of death by one-third for patients on ventilators, and one-fifth for those on oxygen.

Here’s a brief of what the Oxford scientists said about the life-saving COVID-19 drug below:

“Based on these results, one death would reduce by treatment of around eight ventilated patients or around 25 patients requiring oxygen alone, “

furthermore, the Oxford scientists also mentioned that the drug would have helped to save more than 5,000 lives if it’s discovered earlier.

According to Matt Hancock, the Health and Social Care Secretary, he’s happy that they’re able to announce the live-saving COVID-19 drug. He made this known to the public via his Twitter account.

“Delighted to announce the first successful clinical trial for a life-saving #coronavirus treatment- reducing mortality by up to a third & further protecting our NHS. This global first exemplifies the power of science.” 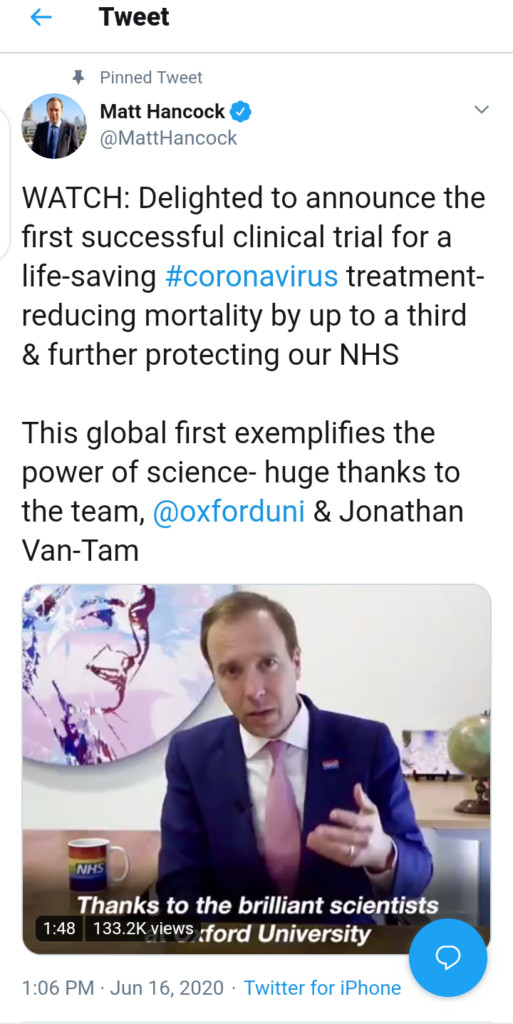 So far, the government of the UK has stockpiled 200,000 courses of dexamethasone since March. And now, it has banned the export of oral and injection solutions of the steroid starting from Midnight today. The reason for that is to discourage companies who’re trying to buy the drug in large quantities and sell abroad.

Fortunately, Nick Cammack of the Wellcome health foundation has demanded that the drug be made available to everyone across the world, irrespective of whether or not they can afford it.

“It is highly affordable, easy to make, can scale up quickly and only needs a small dosage,”

UK Approves The Immediate Use Of Dexamethasone

Reports have it that dexamethasone, the life-saving COVID-19 drug has finally been approved by the UK for immediate usage in the National Health Service.

According to the Recovery Trial Experts, they administered 6mg of dexamethasone to 2,104 random patients daily, for 10 days. Also, they placed another 4,321 patients on the normal coronavirus treatment.

Now, the preliminary result of the trial showed that dexamethasone was able to reduce deaths by one-fifth for oxygen and one-third for patients using ventilators.

According to England’s chief medical officer Chris Whitty, this is the most successful of all COVID-19 trials so far.

“It’s the most important trial result for COVID-19 so far.”

Also, a professor of medicine and epidemiology at the University of Oxford, Martin Landray claims the recovery trial is clear evidence that dexamethasone works fine.

“These preliminary results from the Recovery Trial are very clear – dexamethasone reduces the risk of death among patients with severe respiratory complications, says Landray.”