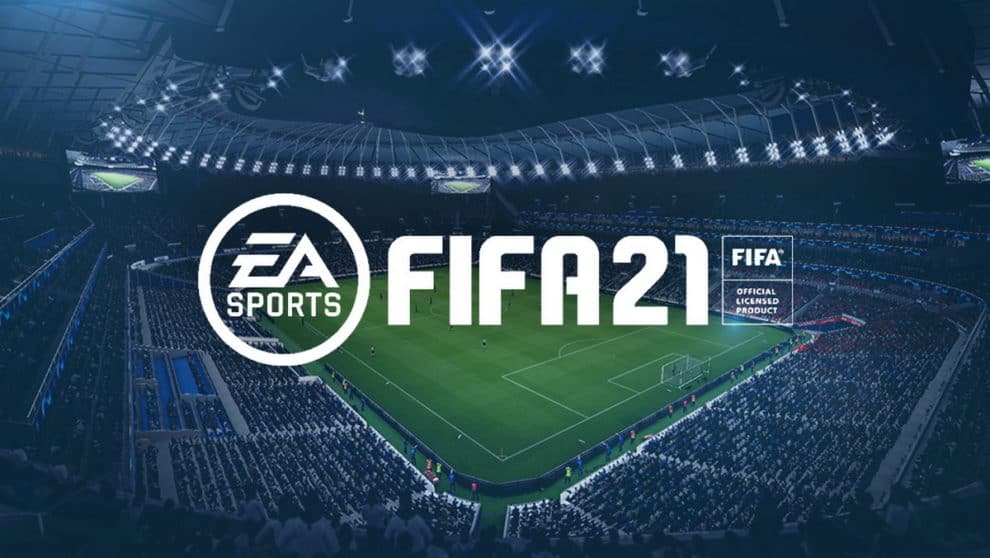 I’m sure you’ll agree with me that the next FIFA game is one of the most anticipated sports games this year. Recall that the FIFA 20 was released last year in September, and it came with a lot of amazing gameplay features, including strafe dribbling and controlled tackling. Now, FIFA 21 is the next game from the series, and it’s expected to launch this year. Although there have been rumors spreading about the game lately, we’ve come to tell you everything that we know about it.

There have been lots of rumors spreading that the FIFA 21 game will not launch in 2020, because of the sudden outbreak of coronavirus. Here’s what we know so far about its release date.

EA Sports has confirmed that the game will launch on October 9 (October 6 early access). It will debut on PlayStation 4, Xbox One, PC, and Nintendo Switch. The Xbox Series X, PlayStation 5, and Google Stadia versions will launch at a later date. But if you buy the game for a previous generation console early, EA Sports will offer you a free upgrade path.

The Demo version of FIFA games are always out two to three weeks before the real game. Since there’s reassurance from EA chiefs that the game will launch in Autumn as planned, we should expect the company to roll out the demo version to be released in the last week of September.

Most Authentic and Life-like Movements

EA Sports has promised that the upcoming FIFA 21 will use innovative technologies to make the whole experience more authentic and life-like. The developer has assured fans that it will have the “most authentic character behaviors ever seen in sports video games.”

That’s a pretty big claim, but EA Sports can achieve it on the upcoming consoles like PlayStation 5 and Xbox Series X. The PS5 version will take advantage of haptic feedback offered by the DualSense controller. The game will also take advantage of new lighting and rendering techniques to make the experience more realistic.

EA Sports added that fans in the stadium will be able to participate in celebrations. The company has promised to provide details about the five-a-side Volta mode and career mode in the coming months. However, some experts argue that making the game more life-like could make it less enjoyable.

PC Version Will Be Same as PS4, Xbox One

The FIFA 21 is coming to existing consoles as well as the upcoming PS5 and Xbox Series X. Both the PS5 and Xbox Series X will hit the store shelves this holiday season. One thing that could disappoint PC users is that the PC version of FIFA 21 will be based on the Xbox One and PS4 versions. The company says in its FAQ, “FIFA 21 on PC will be the same version as released on PlayStation 4 and Xbox One.”

The PC version will launch alongside the Xbox One and PS4 versions in October. Given the capabilities of high-end gaming PCs, it’s a shame that the most advanced features of FIFA 21 will not be available on PCs.

No crossplay in FIFA 21

FIFA Direct Communication said in a tweet, “You won’t be able to play across console generations or cross-play in #FIFA21. However, you will be able to carry over your FUT progression from PS4 to PS5 and Xbox 1 to Xbox Series X.”

Effect Of Next-Gen Consoles On FIFA 21

Recall that the release of FIFA 14 came a few weeks before the launch of Xbox One and PS4. The company had to release PS3 and Xbox 360 versions of the game first. It then proceeded to release that of the next-gen consoles Xbox One and PS4 as soon as they launched.

So, something similar to that will likely happen. EA will launch the game for Xbox One and PS4 first before considering next-gen consoles; PS5 and Xbox One X.

Electronic Arts has announced that it would ditch “toxic” game celebrations in FIFA 21. The celebrations you won’t see in the upcoming iteration are the “shushing” celebration after scoring a goal and the “A-OK” hand gestures. These celebrations tend to stall games.

EA Sports’ lead gameplay producer Sam Rivera told media that the developers decided to ditch these celebrations after seeking inputs from players. It will reduce the time spent in celebrations, meaning there will be faster turnovers between goals. These celebrations had become a way to troll or humiliate the opponents.

Sam Rivera added that the objective was to keep people playing rather than doing things that might not be necessary. However, some players were not so enthusiastic about the removal of toxic celebrations. They said it’s unlikely to change the feeling of losing, or the minimize the chances of bullying in message boards.

EA Sports is going to add three new skill moves for players to try out in the upcoming FIFA 21. Players love to celebrate, sometimes by humiliating or embarrassing their opponents. While EA Sports is removing some “toxic” game celebrations, it’s adding new skill moves in the next-gen title to keep gamers engaged.

According to Dexerto, the three new skills are: Drag to heel, Ball roll fake turn, and Feint forward and turn. Here’s how you’ll be able to pull each of these moves off on the Xbox One and PlayStation 4 once FIFA 21 arrives:

The developers have also reduced the error and penalty for chaining skill moves. Same as before, there will be no risk of penalty if you fail to pull off an easy skill move in quick succession. The limit of normal moves you can perform in quick succession has been increased to six in FIFA 21 from just three in the previous version.

Who Will Be On The Game’s Cover?

The FIFA 20 cover has Zinedine Zidane as the star for the Ultimate Edition. Also, Eden Hazard and Virgil van Dijk are both the cover stars for the Standard Edition and Champions Edition, respectively. However, with Hazard struggling with his form in this suspended season, EA will likely look for a player in his top form.

Considering that PES partnered with Juventus and Konami partnered with Barcelona, it’s certain that it won’t be Cristiano Ronaldo and Lionel Messi. No doubt, Virgil van Dijk was phenomenal for Liverpool in the just suspended premier league competition. Since he’s currently in use as the cover star for Champions Edition, there’s a high probability that he’ll be the one for the Standard Edition of FIFA 21.

Apart from that, another phenomenal player is Kylian Mbappe, in Paris Saint-German FC. If by chance he gets a big-money transfer before the launch of FIFA 21, there’ll be a chance for him. Furthermore, there’s an ongoing poll on FIFA’s website for the likely player that’ll make it as the 2021 cover star. Over 2 million people have voted so far, with Son Heung-min of Tottenham FC, topping the chart. EA might consider the player with the highest vote as the cover star for FIFA 21.

What’s Special About the Champions Edition?

The Champions Edition is a special edition of the title with some exclusive extras. It gets its name from the Champions League. Back in 2018, EA Sports acquired rights to the UEFA competitions starting FIFA 19. It has its own unique cover and imagery. It has been priced at $80 in the United States, but the Early Access subscribers will be able to get it for $72. By comparison, the standard edition costs $60.

Here’s what makes it special:

VAR In The Next FIFA Game

Of course, the Video Assistant Referee (VAR) feature has changed a lot of things about football. Despite coming to real-life soccer in 2017, EA has never considered the feature for its FIFA games.

Left to me, I’ll say the feature is not essential on FIFA 21. That’s because the EA developers always program the referees to follow set rules. And as such, they are not prone to human errors. However, since the VAR feature is already a part of real-life soccer competitions, it won’t surprise me, if EA adds it to its virtual game.

This article was updated on September 04, 2020 with the latest information.