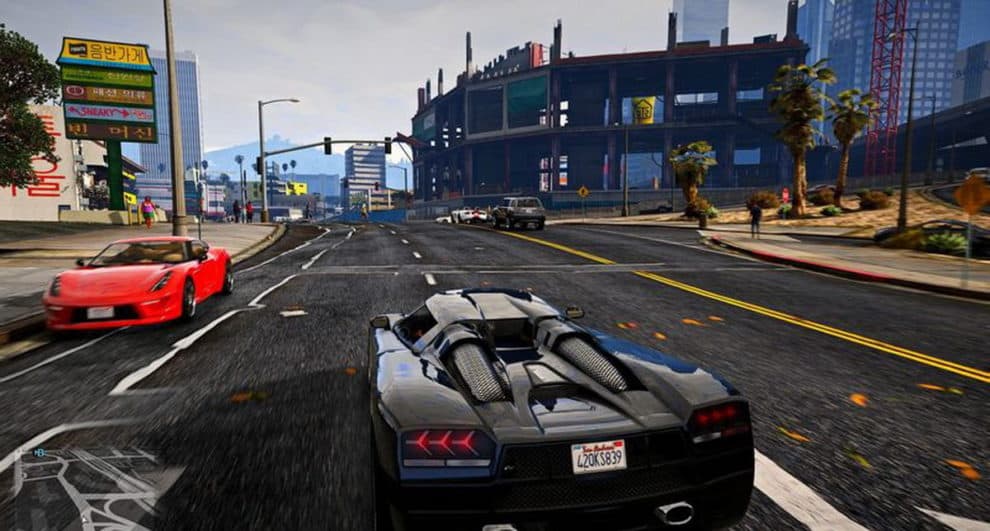 With a lot of speculations making the rounds on the internet, it’s clear that GTA 6 is one of the most anticipated action-adventure games lately. Although we have seen a few leaks claiming the game will come in 2021, what we are yet to see is an official release to backup it. However, it looks like we might be having our first official clue, as users claim the upcoming GTA 6 launch date is on GTA 5’s sprawling map.

The Clue Hidden In GTA 5

Since Rockstar is yet to say anything about the upcoming GTA 6, many players have focused on GTA 5, looking for hints as to the launch date of the next GTA series. Now, there’s a theory that the GTA 6 launch date has been hidden on the current Grand Theft Auto 5 since its release date in 2013. Although that is a little bit hard to believe, there seems to be convincing evidence to back up the theory.

The GTA 5 players have once again noticed some numbers, including 2013, 2014, and 2021, on the doors of the Los Santos International Airport, claiming one of them might be the launch date for GTA 6. That’s not the first time this theory will be coming up, as there’s a documentation of it by VX97, on Imgur, in October 2019. However, a new post on Twitter has given the theory renewed attention. Showing an image of the door, here’s what GTAVInewz posted on Twitter:

The importance of those numbers is that 2013 was the year that GTA 5 launched, and 2014 was the year it was introduced on PS4 and Xbox One. Now, users have theorized that 2021 will be the launch date for the GTA 6 game. Considering that these are the only numbers on the airport doors, we might want to go with the claim. However, what looks unusual is video games company planning release dates as far as 8 years. Well, it might be that the developers were guessing the launch date at that time, or maybe not.

Well, it’s uncertain what the upcoming GTA 6 launch date will be. Presently, there seem to be lots of things that we are yet to certainly know about the upcoming GTA 6 game. That’s because Rockstar is yet to give any clue as to what to expect for its next flagship game. No doubt, several rumors, and leaks have spread in the past few months, but all seem to contradict each other. While some claim that the launch date is still years to come, others claim it’ll launch in 2021.

Even the video game insiders are still debating on the development level of the game. While some believe it’s still at its early stages, others believe it’s more than of its development stages. So, since we don’t know who’s right or wrong, we can only say anything, including 2021 is possible as far as Rockstar remains silent about the upcoming game. However, it will be interesting to see the game studio come out to say one or two things as regards the upcoming GTA 6 launch date. At least, that’ll help to stop all the fast-spreading rumors and leaks of the game.