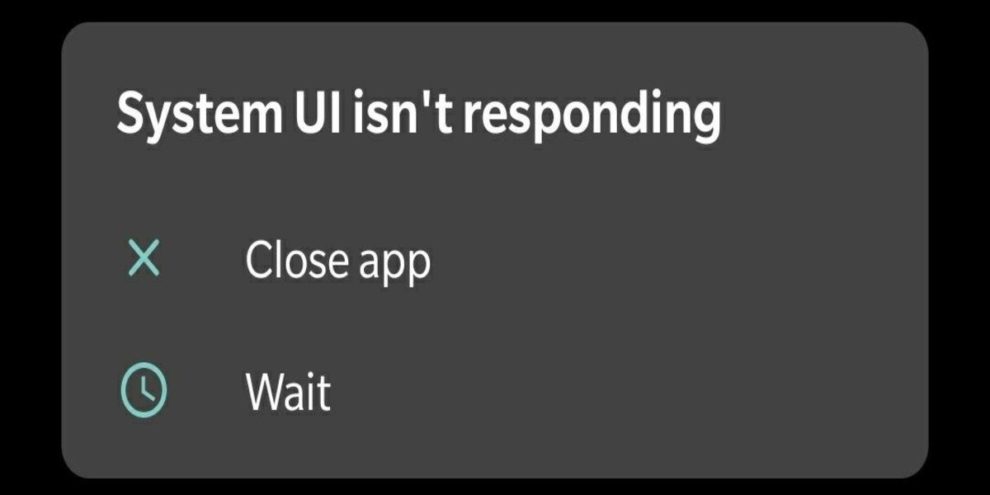 Many users of the OnePlus 8 series are annoyed with “System UI isn’t responding” and “apps not responding”, issues and they are looking for a quick fix.

OnePlus started launching stable Android 11-based OxygenOS 11 to its eligible devices in late 2020. While, OnePlus 8T, OnePlus 8, and 8 Pro are among the models ones to get a complete rollout.

OxygenOS 11 beta update has moved to OnePlus Nord, OnePlus 7T and 7T Pro, OnePlus 7 and 7 Pro. Other models expected to receive the Android 11 update this year include OnePlus Nord N10/N100 and OnePlus 6 and 6T.

Due to multiple critical issues appearing in the OnePlus 8T, OnePlus 8, and 8 Pro, an OxygenOS 11 update to the future models got pushed further. The OEM has rolled out fixes in subsequent patches. However, some relevant issues are not going away.

OnePlus had admitted the issue in November 2020 and possibly working to release a fix soon.

“We would like to inform you that the issue is taken care by the developer and the issue will be fixed in the upcoming OTA updates.” OnePlus Forums

However, even after 3 months, the same issue continues to bother the users.

“I’ve faced same issues on my Oneplus 8 after Update. I can’t do Multitasking on my device because of system ui isn’t responding issues. Some times My Phone Call system not working properly…After the update of Oxygen os11 I faced this issue.” OnePlus Forums

“Since I got the Android 11 update I’ve been getting past the system crashes and the phone was freezing going into different apps.” OnePlus Forums

The only solace for the OnePlus 8 series users is they are not the only ones to face annoying system lag. The issue of “System UI isn’t responding” is also apparent in OnePlus Nord and OnePlus 7 devices that run on OygenOS 11 Beta.

Surprisingly OnePlus 8T user upon reaching out to the Support received a suggestion to replace the motherboard. However, this fix is certainly not workable in premium series smartphones.

Users in the meantime have tried some basic methods to get relief from the “System UI isn’t responding” and “apps not responding” issues.

Wiping cached on recovery, cache, system reset, switch back to Android 10 (Oxygen 10), and cleaning background apps periodically. Another such temporary workaround is to disable RAM Boost in system options/settings which worked for some users.

It’s high time that OnePlus thoroughly monitors these issues and rolls out a stable workaround soon.