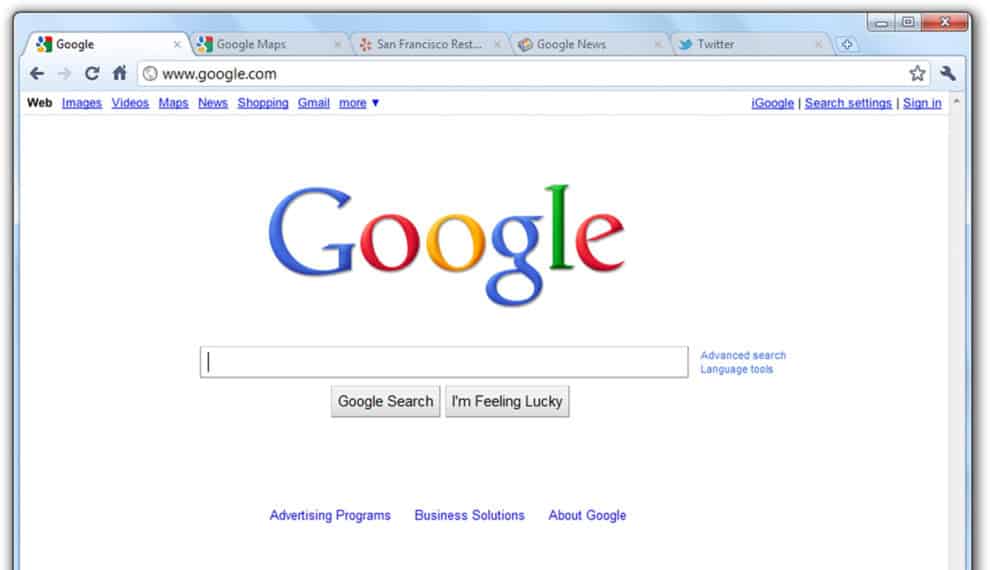 Google Chrome, first released in 2008, is a cross-platform web browser. Since it came into existence, it has proven itself to become one of the most used browsers in the world. The browser is mostly favored by users because of its speed. It makes use of a special JavaScript engine, which renders complex web pages in less time. However, Google Chrome isn’t without its own flaws. In the past, we’ve seen users complain about encountering different error messages while using the web browser. According to the latest reports, Google Chrome users are now complaining about an issue, which is related to missing buttons. The users said they’re unable to see the minimize, maximize, and exit buttons on the upper right part of the browser.

Google Chrome users have taken to various social media platforms, including Google Support, to complain about a missing buttons issue. The users explained that they’re unable to see the minimize, maximize, and exit buttons while using the browser. While it’s still unclear the exact cause of the issue, some users suggested that it’s likely because of a bug in the browser’s Theme option.

Although the Google Chrome missing buttons issue started in April, new complaints show that Google is yet to address it. Also, looking at the complaints so far, it seems the issue is affecting Mac and Windows users.

Let’s have a quick look at some of the users’ complaints below:

According to a Google Chrome user, Spencer Akira, the user complained that the minimize, maximize, and exit buttons are missing from the upper right part of his browser.

“The chrome bar has no button in the upper right. The bar is black. The tabs are lowered so that they cannot be properly clicked. What caused this and how do I fix it?” 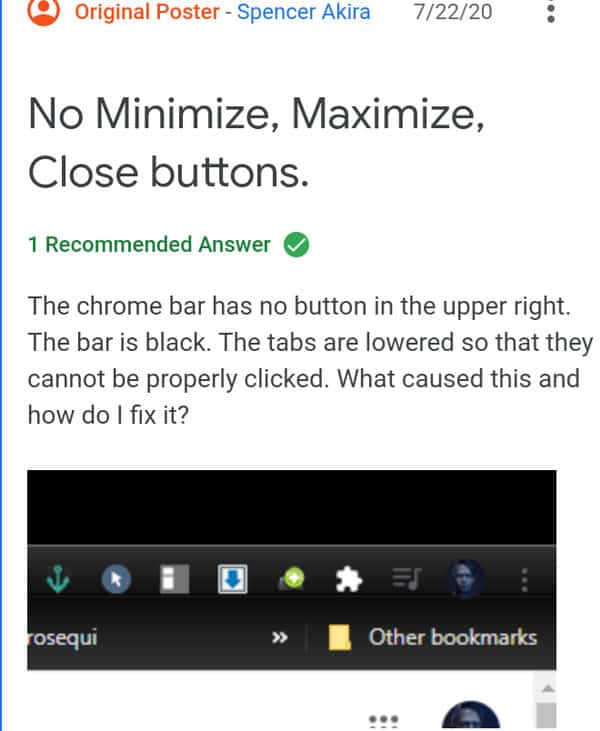 According to another user, Massimo Carlone, the missing buttons issue started after Google rolled out the current version 84.0.4147.89. Furthermore, the user added that he was able to fix the issue by resetting the current theme.

For now, Google is yet to release a fix to address the issue of missing buttons on the Chrome browser. However, according to a few suggestions online, it looks like there might be a workaround for the problem.

“Hey guys, I’ve had the same issue and couldn’t find any solution. I had “Into the Mist” as my Google Chrome Theme. I went to Settings > Appearance > Reset to Default and the problem got solved. Hope it works for you guys as well. Cheers”

So, in case you’re also unable to see the minimize, maximize, and exit buttons on your browser, you should try out the above workaround. That’s because several users were able to confirm that the fix worked for them.

We’ll keep an eye on Google for an official fix regarding the issue. As soon as we see anything worth sharing, you’ll hear from us.

Can a person be infected with Omicron twice? Here’s what experts have to say