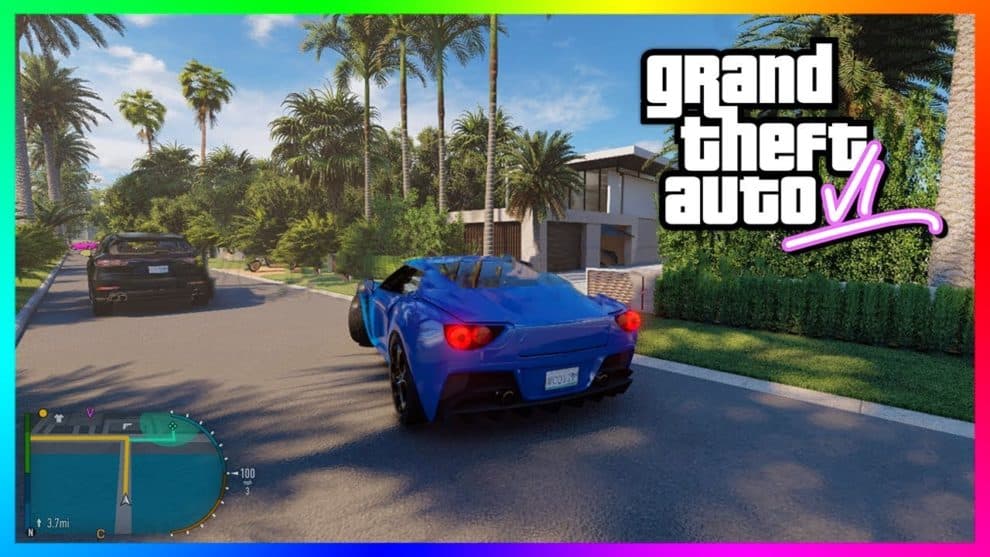 Grand Theft Auto (GTA) is one of the most popular video games of all time. It’s the king of open-world games. It has a lot of amazing features including great graphics, engaging stories, near-perfect core experience, and pure fun. Little wonder, GTA 5 has sold up to 110 million copies since its release. Now there are rumors and leaks about the upcoming GTA 6, causing the video game insiders to debate when the release date will be announced.

In this article, we’ll be looking at everything about the upcoming GTA 6, including its release date, rumors, and leaks.

Shortly after rumors and sketchy leaks have been circulated on the internet, Jason Schreier of Kotaku confirmed that the GTA 6 was in development. The report stated that the upcoming game is already in its early development stage and the release date is still years ahead.

Take-Two Interactive, the parent company of GTA developer Rockstar Games, has dropped a big hint about the GTA 6 release date in its latest regulatory filing. The company has filed its Form 10K with the US Securities and Exchange Commission (SEC).

An earlier launch schedule on cards?

Reddit user u/loremipsumloremipsu recently posted about the release date of GTA 6. The user claimed the information in the post is from reliable sources. Here’s what the user posted, before going into details:

“To make this very clear this isn’t just another “Leak” post with a blurted fan list these are Infos I have gathered and cross-checked with various sources within the industry Mods are free to PM me about details on my Sources, I will respond by saying which department/profession they are coming from, and even with screenshots from the sources messages, though names will be 100% blurred out I don’t want anyone to get in trouble.”

Going straight to the details of the post, the Reddit user said before COVID-19, the release date for GTA 6 is between October 2021 and February 2022. He further added that he’s uncertain whether the coronavirus outbreak will have massive effects on the release date.

It looks like Rockstar is still taking its time on the GTA 6, and it has considered some feedback for the Red Dead Redemption 2. Now it’s extending the storyline, and re-doing some portion of the games. Here’s what Rockstar said:

“Rockstar considered feedback for Red Dead Redemption 2, some portions of the game are being re-done, the story is expanded further, and they are ‘cleaning up edges’ and additional time is used to set up the ongoing DLC support,”

“Mission design is especially being overhauled to offer a more open approach. Rockstar really took the feedback to RDR2 to heart. Also, they didn’t have to delay it, but they chose to take their time because constant GTA Online revenue allows them to.”

When will Rockstar unveil GTA 6?

Rockstar Games’ parent company Take-Two Interactive said in its latest earnings call that the GTA 6 release date is still some time away. The company told investors that the current fiscal year (April 2020 to March 2021) is going to be “light” in terms of releases. If it wanted to release GTA 6 before March 2021, it wouldn’t have used the word “light” given how popular the game is.

Rockstar Games typically announces its highly anticipated titles a couple of years before releasing it. Rockstar also unveiled the Red Dead Redemption 2 about two years before the release. If GTA 6 is indeed coming in 2023-24, the company would want to unveil it in 2021 or 2022. But if the company plans to launch it in 2021-22, it could unveil the game in 2020 itself.

Dan Houser, former head of creativity at Rockstar Games, once told the Guardian that he’d like to see London as a setting, even if it doesn’t get included in the GTA series. He added that the city has a lot of great stories and a lovely environment, making it fit for a GTA story-like game. In another interview, Houser suggested that GTA could take another tone and setting, instead of the usual combination of English tone and American cities.

According to a YouTube video by Inside Gaming, the setting will likely be spread between Vice City and South America.

Earlier this month, a 4chan forum member posted an image of an island, which was believed to be the latest GTA 6 map leak. The island looked nearly identical to the one leaked in December 2018. At the time, people called the map leak fake because they looked not-so refined. The maps seemed like something an amateur enthusiast had put together. Folks at Inverse believe the 4chan island map could be the updated version of the 2018 leak.

Fans compared the 2018 map to the satellite images of Miami to ensure that the 4chan post was not a copy-paste thing using Google Maps. The map appears to be a recreational version of Miami. Rockstar Games had taken a similar recreational approach with Los Angeles for GTA 5.

What’s more, the 2018 map’s airport landing strip resembles that of the Los Santos International Airport as it is in the GTA 5 map. It indicates that the 2018 maps were most likely the company’s mock-ups of the GTA 6 map. Of course, we won’t know for sure until Rockstar Games shares the concrete details of the upcoming game.

Insider Paper’s sources in the gaming industry suggest the GTA 6 will take place across multiple big cities, where players can travel to and from, during the game. The player will play the role of a drug lord. However, it’ll start with a small guy in Liberty City, doing small odd jobs and small-time theft.

Also, going back to GTA 5, a Liberty City scene appeared on a Rockstar’s developer profile. It might have been a technical test or something else. Whatever it was, if the upcoming game is going to spread across multiple big cities, we might as well expect the Liberty City as a setting in the upcoming GTA 6 game.

The upcoming GTA 6 game will come to PC. Although Rockstar’s many past titles were not available on the PC, the developer witnessed huge success with both GTA 5 and Red Dead Redemption 2 on PC. So, we expect the game to arrive on both PC and consoles.

Also, the release of Rockstar Games Launcher indicates that the studio will release the PC version of the game. However, the PC version could debut later than the console version. It took GTA 5 about 1.5 years to get on PC, and Red Dead Redemption 2 took almost a year.