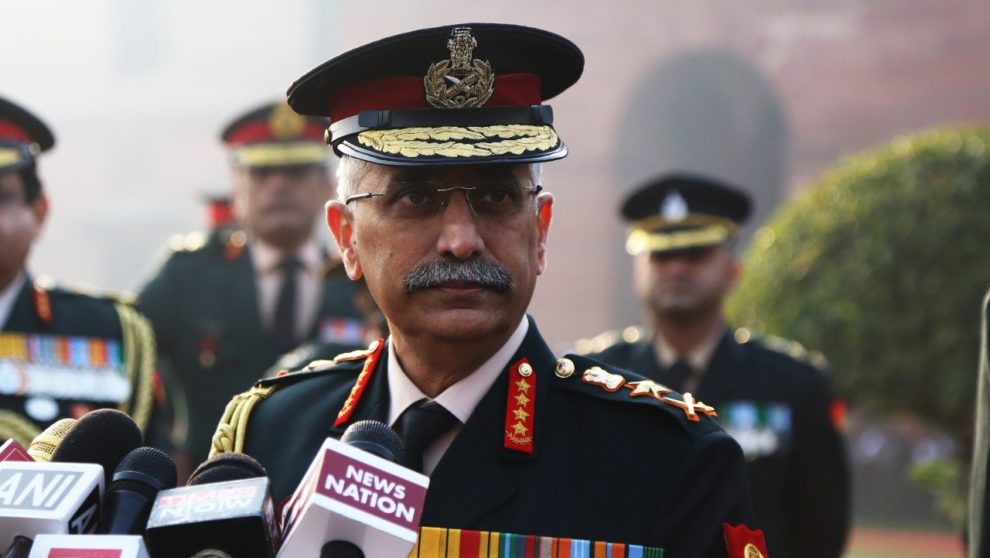 According to recent reports, India’s first Army Chief Gen MM Narvane has scheduled a visit to Saudi Arabia next week. In addition to meeting military brass, the Chief Gen will be addressing Saudi Arabia‘s National Defense University. The visit also includes a tour of the UAE.

Sources suggest that the Indian Army chief Gen MM Naravane is expected to make 4-day visit to Saudi Arabia and the UAE. The visit will commence from Sunday, this visit will be Gen Narvane’s third foreign diplomatic visit this yar.

This visit will be a major development for relations between Saudi Arabia and India. Trade and cultural links between both states date back to approximately the third millennium BC. Diplomatic relations were initiated between the two states after India secured its Independence in 1947. Both states have been particularly close on the regional affairs and trade front. Saudi Arabia happens to be one of the largest suppliers of oil to India. India is among the top seven consistent trading partners in addition to the fifth-biggest investor in Saudi Arabia.

Throughout history, there have been a total of four visits to Saudi Arabia by an Indian Prime Minister. These visits were made by Jawaharlal Nehru in 1955), Indira Gandhi during 1982, Manmohan Singh in (2010) and Narendra Modi in 2016. The two states have adopted a similar view on combating terrorism and its consequences.

There happens to be a strong geographical and demographic link that connects the 2 countries as Islam has been found to be the 2nd largest religion in India. Moreover, the large number of Muslim Population in India is the second-largest in the world. This means India sends a huge number of Indian pilgrims each year for Umrah and Hajj to Saudi Arabia.

A national security analyst from India tweeted, “In a first India’s Army Chief, Gen MM Naravane will be visiting Saudi Arabia next week. Apart from meeting military brass, he will be addressing Saudi Arabia’s National Defence University. The COAS will also be touring UAE. The 2-country trip is sure to be watched very closely.”

In February 2019, the Saudi Crown Prince, Muhammad bin Salman, paid a visit to India during his journey to many Asian countries surrounding India. During his visit, the crown prince also met the Indian prime minister in addition to a number of senior ranking officers in India.

The primary intention of the diplomatic visit was to improve the historical ties between India and Saudi Arabia. The two states also reached an agreement on increasing trade relations between them. Moreover, the number of Indian pilgrims performing the holy pilgrimage in Saudi Arabia was also increased to 200,000 each year. The Saudi prince also expressed that the Saudi investment in India may increase up to $100 billion in the coming two years. This potential visit by the Indian Army Chief to Saudi Arabia is likely to attract massive attention on international media.