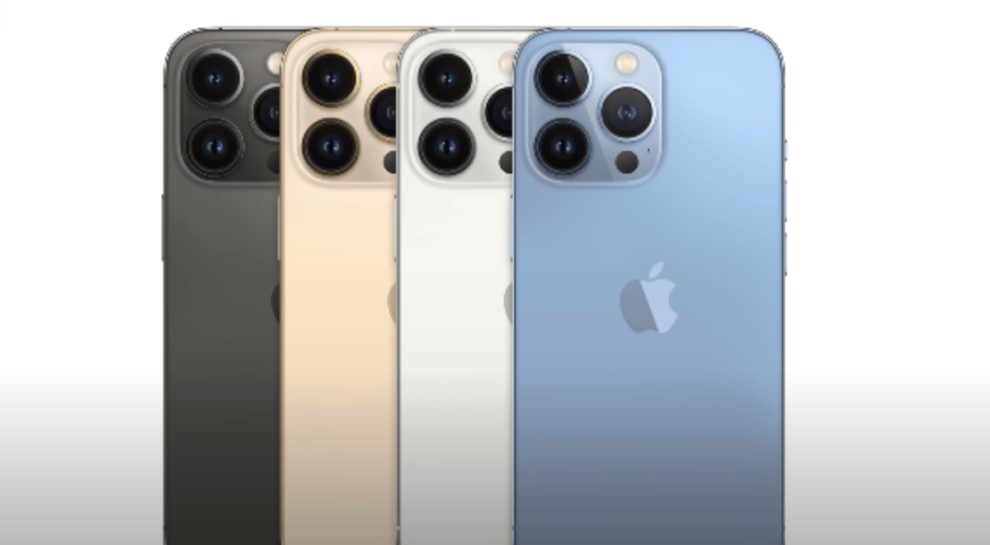 With the latest release of the Apple Watch Series 7, the iPad Mini, and the iPhone 13, we’re left with so much excitement after Apple’s keynote event last September.

With Apple being one of the leading brands of the tightly competitive market of smartphones, it’s safe to say that there is a HUGE demand for iPhone 13, so much so that the company is likely to cut the production due to chip shortage.

However, it’s still a huge price to pay, especially since data from Numbeo shows that the average salary of Southeast Asians is USD 1,079/month.

In addition to personal budget woes, there’s a plethora of varying tech reviews that leaves consumers indecisive about upgrading. To help with their decision, iPrice Group has conducted a study that will determine whether it’s worth it to buy the smartphone now or to wait a bit more. In fact, they predicted the iPhone 13 price drop in the upcoming months. 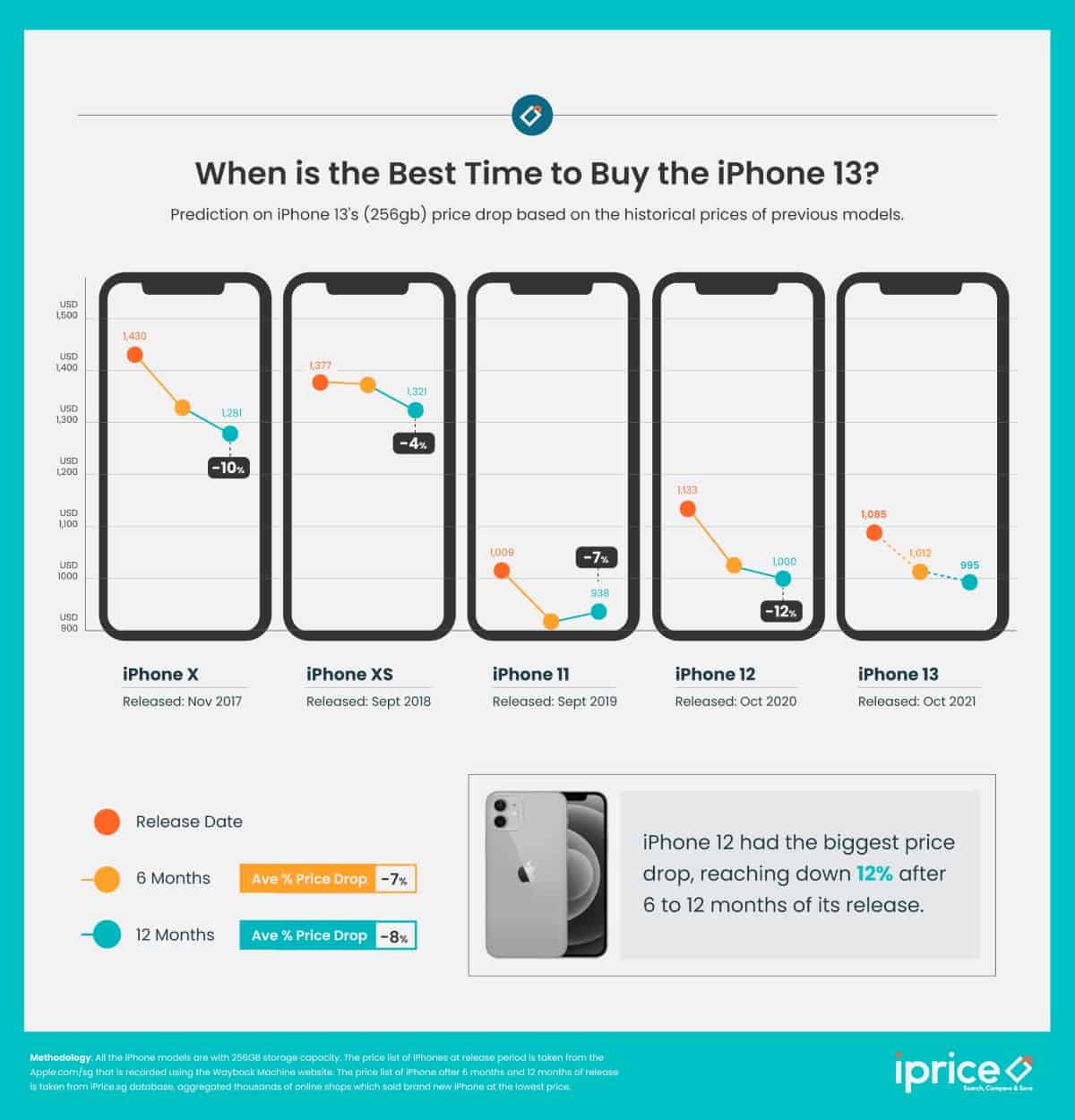 iPrice forecasts that by March 2022, 6 months after the official release, you will be able to snag the iPhone 13 (256GB) for USD 1,012 (based on the historical selling prices of previous models).

This means that there is a potential 7% (USD 73) price drop after six months, which is a sizeable amount for people on a tight budget.

After a year, the price will only slightly drop further to USD 995, making a total difference of USD 90 from the original price.

Hence, iPrice suggests waiting 6 months to get the latest iPhone instead. Waiting a full year to buy the latest iPhone may not be worth it since the drop would not be that significant, with a difference of only 1%.

The e-commerce aggregator came to this conclusion by analysing the price history of iPhone X, XS, 11, and 12 throughout the years. Their platform houses billions of products across 6 countries in Southeast Asia and Hong Kong.

Should you buy iPhone 13 over their specs?

With little yet significant improvements that Apple makes on their smartphones every year, consumers still very much are interested to get their hands on their latest products. But are specs of iPhone 13 really that outstanding, given the price? What are the key differences between last year’s iPhone 12 and this model?

Based on data from GSMArena, the iPhone 13 has three main upgrades compared to the previous model. This consists of a better battery (A15 bionic and an 11% larger battery), impressive cameras (12MP, larger sensor-shift stabilisation, and others), and a remarkable screen performance (colour accuracy and proMotion). No other smartphones hold these features thus far.

Apple introduces the iPhone 13’s 120hz refresh rate as well, but this was already available in Razer since 2017, and Samsung, Apple’s main competitor, has been offering this feature through their 2020 model, Galaxy S20+.

Given the data above, it’s up to consumers to decide whether it’s worth the wait and the money. Hopefully, this research would be enough to help them make their decisions.

CarPlay not working for some on iPhone 13 running iOS 15