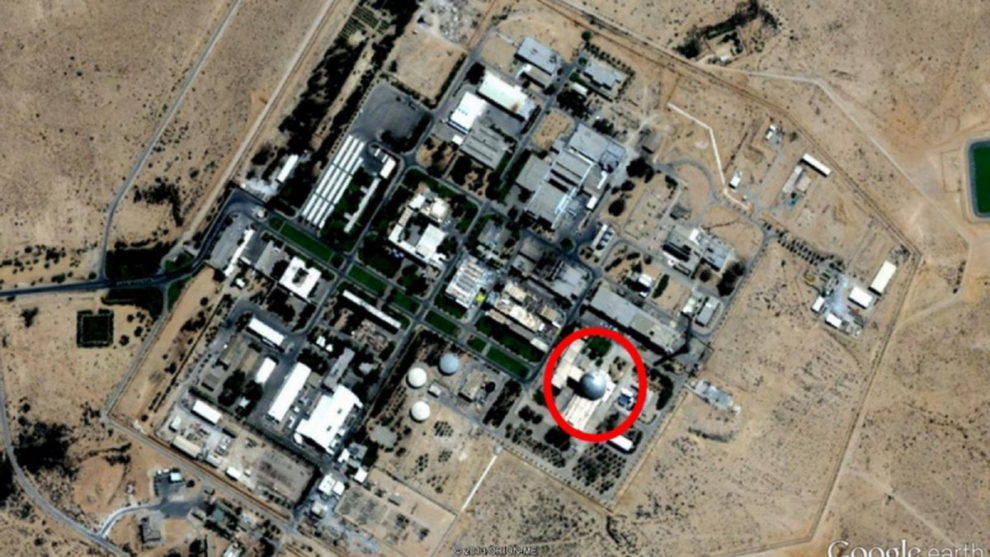 A dig about the size of a soccer field and possibly multiple stories deep now sits just meters (yards) from the aging reactor at the Shimon Peres Negev Nuclear Research Center near Dimona. The facility already has decades-old underground laboratories. They reprocess the reactor’s spent rods to obtain weapons-grade plutonium for Israel’s nuclear bomb program.

However, the exact reason for construction remains unclear. The Israeli government did not answer detailed questions from the AP about the project. Under its policy of nuclear ambiguity, Israel neither admits nor refuses to have atomic weapons. It is among just four countries that have never taken part in the Non-Proliferation Treaty, a landmark international deal meant to stop the spread of nuclear arms.

The construction work comes as Israel – under Prime Minister Benjamin Netanyahu – maintains its searing criticism of Iran’s nuclear program, which remains under the observation of United Nations inspectors unlike its own. That has refreshed calls among experts for Israel to publicly disclose details of its program.

With French support, Israel started secretly constructing the nuclear site in the late 1950s in an empty desert near Dimona, a city some 90 kilometers south of Jerusalem. It kept the military purpose of the site secret for years from America, now Israel’s top ally, even referring to it as a textile factory.

Hence, with plutonium from Dimona, Israel has become one of only nine nuclear-armed countries in the world. Analysts estimate Israel has material for at least 80 bombs. Those weapons could be sent by land-based ballistic missiles, fighter jets, or submarines.

Although, for decades, the Dimona facility’s design did not change a bit. However, the International Panel on Fissile Materials noted it had seen “significant new construction” at the site via satellite images.

Satellite images captured by Planet Labs Inc. after a request from the AP give the clearest view of the project. Just southwest of the reactor, workers have made a hole some 150 meters (165 yards) long and 60 meters (65 yards) wide. Tailings from the dig seen next to the site. A trench some 330 meters (360 yards) runs near the dig.

Moreover, about 2 kilometers west of the reactor, boxes are hoarded in two rectangular holes that appear to have concrete bases. Tailings from the dig seen nearby. Similar concrete pads are often used to earth up nuclear waste. Other images from Planet Labs indicated the dig near the reactor started in 2019 and has advanced slowly since then.

Analysts who talked to the AP provided several suggestions about what could be happening there.

“I believe the Israeli government is concerned to preserve and maintain the nation’s current nuclear capabilities,” said professor Avner Cohen.

Furthermore, Kimball, of the Arms Control Association, suggested Israel may want to produce more tritium. It could also want fresh plutonium to replace or extend the life of warheads already in the Israeli nuclear arsenal.