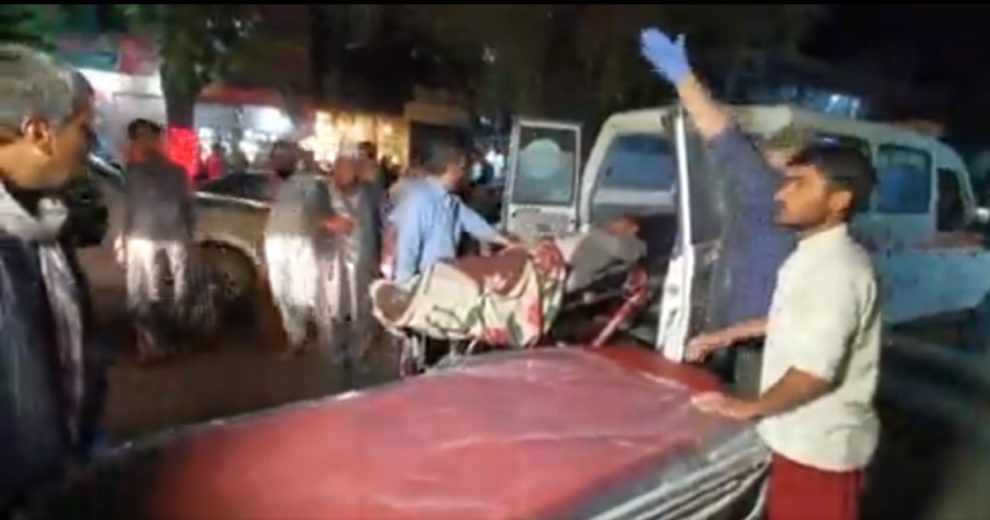 Latest updates after explosion outside Kabul airport that killed several Americans and Afghan civilians including US servicemen.

The airport is 7 kilometers away. It was definitely a blast, though not necessarily at the airport

Footage circulated on social media The Islamic State affiliate in Afghanistan known as Islamic State Khorasan Province (Isis-K or ISKP) is the primary suspect in Thursday’s suicide attacks at Kabul airport, according to The Guardian.

On Sunday, Jake Sullivan, National Security Advisor to US President Joe Biden, stated that Isis-K poses an acute and “persistent” threat to the ongoing evacuations from Kabul. Isis-K takes its name Khorasan from a series of Muslim imperial rulers for a swath of land stretching from Iran to the western Himalayas. As the explosion ripped through the warehouse, it created a massive fireball.

The warning, which drew attention to a group that had previously had a low international profile, was echoed this week by officials in the United Kingdom and Western Europe.

Many people have been alarmed by an increase in attacks linked to Isis-K in recent months.

Isis-K was founded just under six years ago after two Isis representatives travelled to Balochistan, Pakistan’s south-western province, for a meeting with a small group of disgruntled Taliban commanders and other extremists who had been fighting in the region but felt marginalised within the jihadist movement there, according to The Guardian.

The main Isis parent organisation was then nearing its pinnacle, seizing large swaths of Syria and Iraq in a lightning campaign. Even before the victories that brought it international attention, the group began planning its global expansion and set about establishing affiliates all over the Islamic world.

According to The Guardian, Isis and Isis-K believe the Taliban have abandoned Islam due to their willingness to negotiate with the US, apparent pragmatism, and failure to apply Islamic law with sufficient rigour.

On Thursday, a blast rocked Kabul airport, which is thronged by crowds of desperate Afghans fleeing the country following the Taliban takeover, killing a number of people, including US personnel. There was also a blast at a nearby hotel, which resulted in additional casualties.

According to sources, bodies were scattered on the roads following the explosions. For a time, sporadic gunshots were also heard, according to Khaama News.

The incident has been confirmed by Pentagon spokesperson John Kirby.

Images purportedly from the aftermath of the attack outside Kabul airport show injured people in bloodied clothes being moved in wheelbarrows.

Some of the images, posted to Twitter by Afghanistan’s Tolo news agency, show men, women, and children fleeing the scene, some with makeshift bandages around their heads.

According to the BBC, a Taliban official stated that at least 11 people were killed in the Kabul airport attack.

According to the official, women and children were among those killed, and many Taliban guards were also injured.

Both explosions occurred near the Abbey gate entrance to the airport, where a large number of Afghan refugees had gathered in recent days.

The US Embassy in Kabul had sent out an alert early on Thursday, telling US citizens not to travel to the airport “because of security threats outside the gates”, the New York Post reported.

According to senior US officials, the warning was in response to specific threats involving ISIS and potential vehicle bombs.

“Because of security threats outside the gates of Kabul airport, we are advising US citizens to avoid traveling to the airport and to avoid airport gates at this time unless you receive individual instructions from a US government representative to do so,” the statement read.

“US citizens who are at the Abbey Gate, East Gate or North Gate now should leave immediately,” it added.