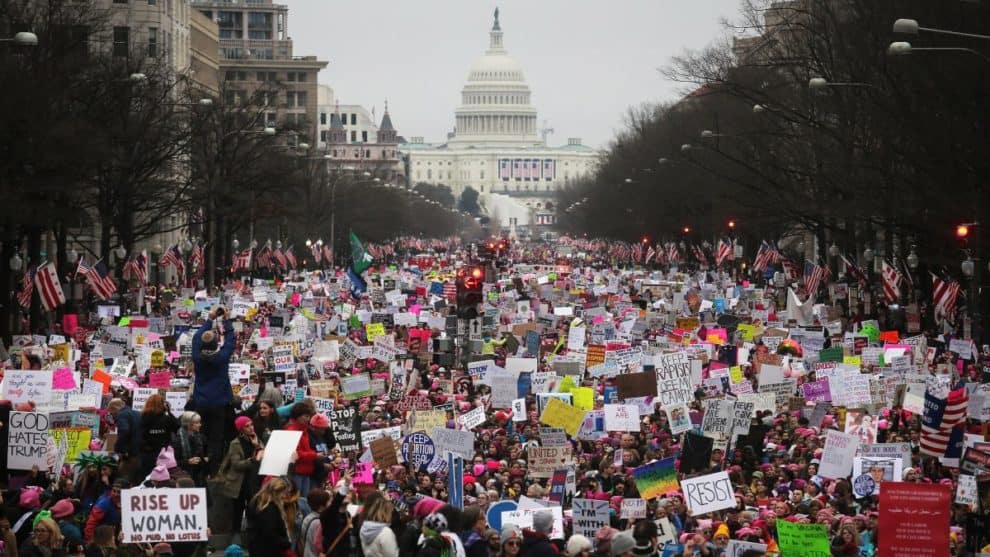 By definition, a protest is a public expression of disapproval in action or idea, especially one relating to politics. In US history, several protests have occurred, with Americans majorly expressing outrage against hate, violence, and inequalities. Apart from that, some of these protests also happened to enact political changes. Certainly, you’ll agree that there have been several marches and protests since Donald Trump was inaugurated as the US President. The recent one, which was tagged George Floyd protests, started on May 26 and lasted for months. According to crowd counting experts, the protest is the largest in the US’s history. That’s because millions of people participated in the movements. That said, you can check below for the list of the top 10 largest protests in the US.

According to the First Amendment of the US Constitution, the right to assemble in the US is a human right, which is supported by the clause below:

“Congress shall make no law respecting an establishment of religion, or prohibiting the free exercise thereof, or abridging the freedom of speech, or of the press, or the right of the people peaceably to assemble, and to petition the Government for a redress of grievances.” 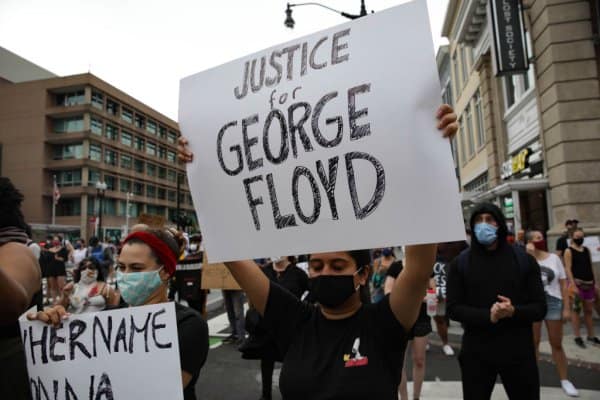 As mentioned earlier, the George Floyd protests started on May 26, in response to the killing of a 46-year-old African American man in Minneapolis. The movements, which continued throughout June, July, and August, had about 15 million to 26 million participants across several cities in the US. And that makes it the first on our list of the top 10 largest protests in the US.

According to several reports, the murder incident occurred after a Minneapolis Police officer, Derek Chauvin knelt on Floyd’s neck for almost eight minutes, so as to arrest him. There were also three other police officers during the arrest, however, none of them could save the situation from happening. 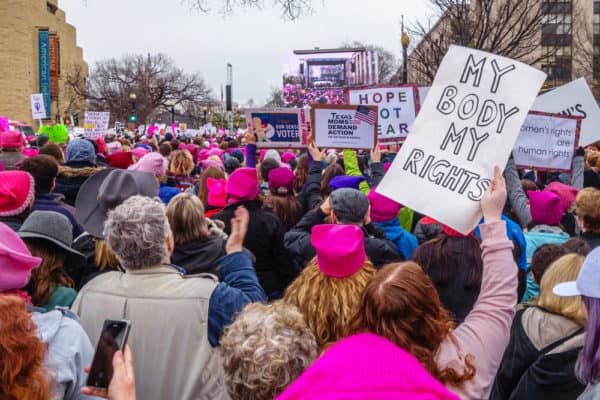 The 2017 Women’s March is the second on the list of the top 10 largest protests in the US. It’s also the largest single-day protest in the country’s history. That’s because about 3.3 million to 5.6 million people participated in the movement, across several cities in the US. Furthermore, the main protest took place in Washington, D.C., with over 470,000 participants in the state alone.

The protest happened on January 21, the day after President Trump was inaugurated. That was as a result of his anti-women or offensive speech, which rose tensions, as many believed.

3- March for Our Lives 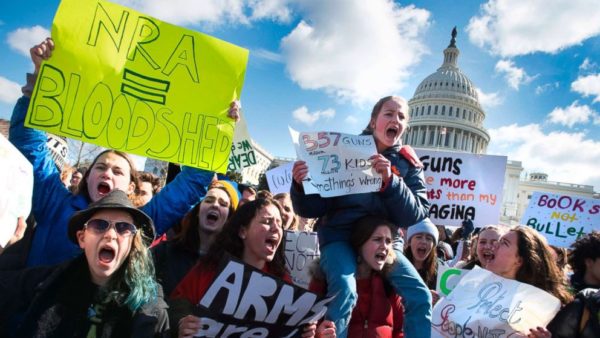 The March for Our Lives (MFOL), which happened in Washington, D.C. on March 24, 2018, was a student-led movement. The protest aimed at supporting legislation to prevent gun violence in the country. The movement currently occupies the third position on our list of the top 10 largest protests in the US. That’s because about 1.2 to 2 million people participated in it. Furthermore, the protest was organized by Students in the Marjory Stoneman Douglas High School, called Never Again MSD. And more than 880 similar events took place at the same time, across the country. 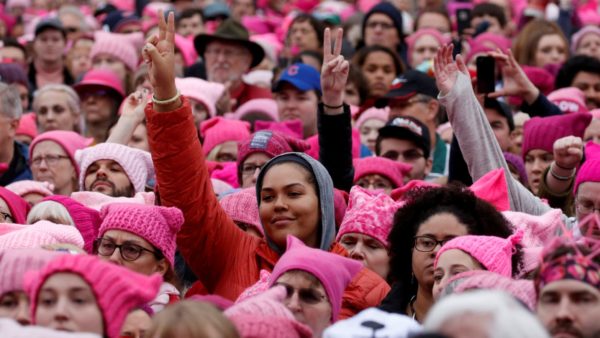 The 2018 Women’s March, which happened on January 20, was a global protest march that attracted about 1.5 million participants, across many cities in the US. As such, it’s the fourth-largest protest in US history. At the same time, the event also happened in Canada, the UK, Japan, Italy, and several other countries in the world. 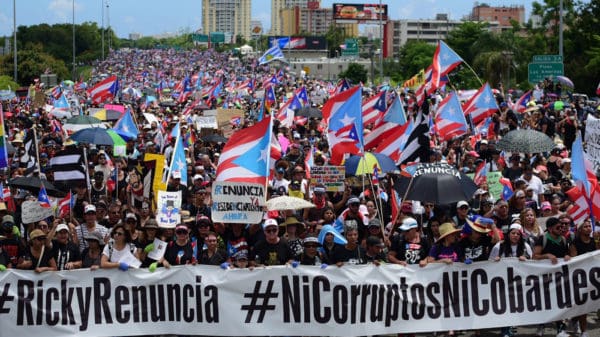 #RickyRenuncia protests, which started on July 8, 2019, in San Juan, called for the resignation of Puerto Rico Gov. Ricardo Rosselló. The events started following a scandal that exposed Rosselló’s chat messages with his allies. They insulted and mocked everyday Puerto Ricans, women, gay people, and even the victims of Hurricane Maria. The movement is currently the fifth on the list of the top 10 largest protests in the US because about 1.1 million people participated in it.

6- March on Washington for Lesbian, Gay and Bi Equal Rights, and Liberation 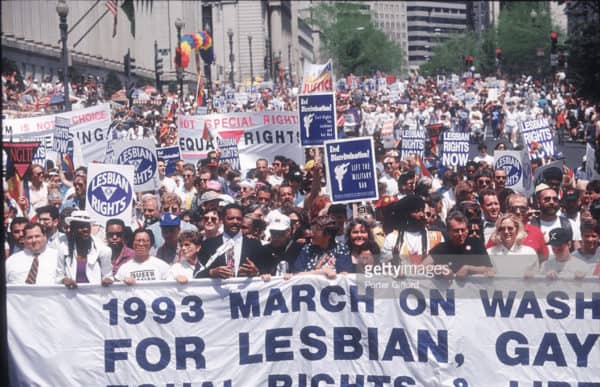 With about 800,000 to 1 million participants, March on Washington for LGBTQ rights is the sixth-largest protest in the US. The protest took place in Washington, D.C. on April 25, 1993. According to the organizers, the movement occurred to demand civil rights bills against discrimination, reproductive rights, and AIDS research funding. 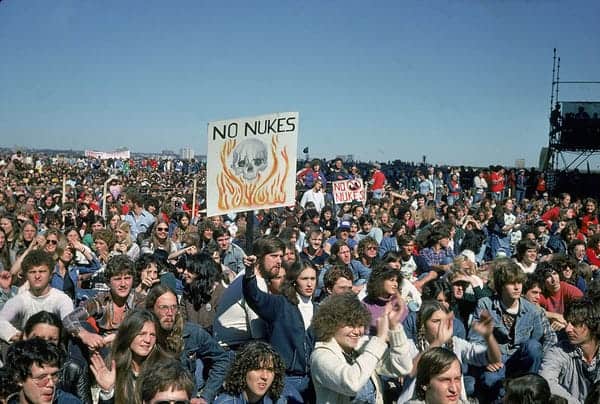 The anti-nuclear weapon match, which is a part of the Nuclear Freeze campaign, is the seventh-largest protest in US history. That’s because about 700,000 to 1 million people participated in the movement, which took place in New York, on June 12, 1982. The protest was demonstrated against nuclear weapons and to put an end to the country’s cold war arms race. 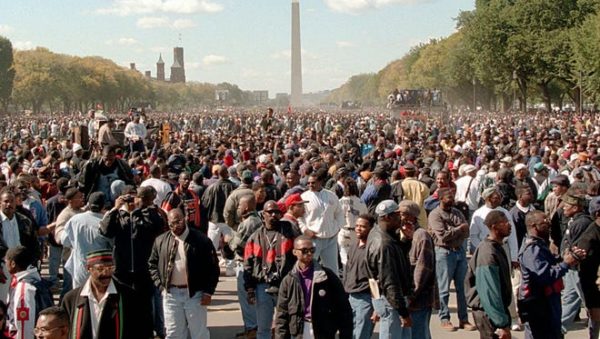 With a total of about 670,000 to 800,000 participants, the Million Man March sits on the eighth position on the list of top 10 largest protests in the US. The event, which took place in Washington, D.C. on October 16, 1995, was a movement involving African-American men in the state. The aim of the protest was to “convey to the world a vastly different picture of the Black male”. 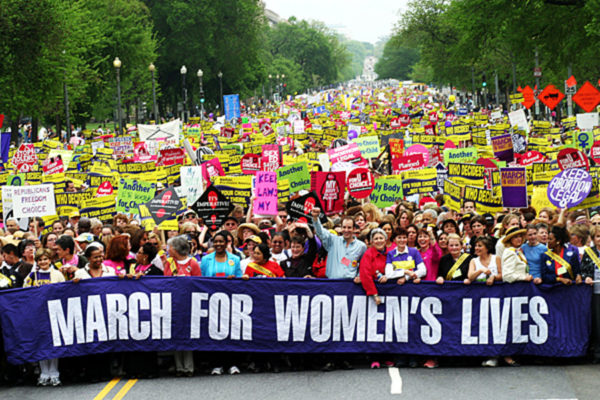 With about 500,000 to 1 million participants, the March for Women’s Lives protest is ninth on our list of the top 10 largest protests in the US. The movement took place at the National Mall, in Washington, D.C., on April 25, 2004. The aim of the protest was to address several issues, including reproductive healthcare, abortion rights, women’s rights, and a few others. 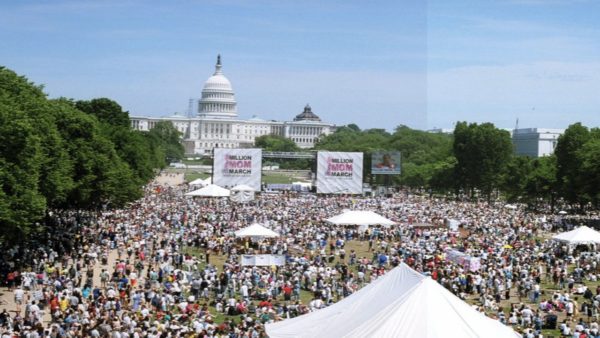 The Million Mom March sits on the last position on the list of top 10 largest protests in the US. That’s because of its number of participants, which was about 750,000 people. The event took place in Washington, D.C., on May 14, 2000 (Mother’s Day). Furthermore, the purpose of the movement was to put an end gun violence.