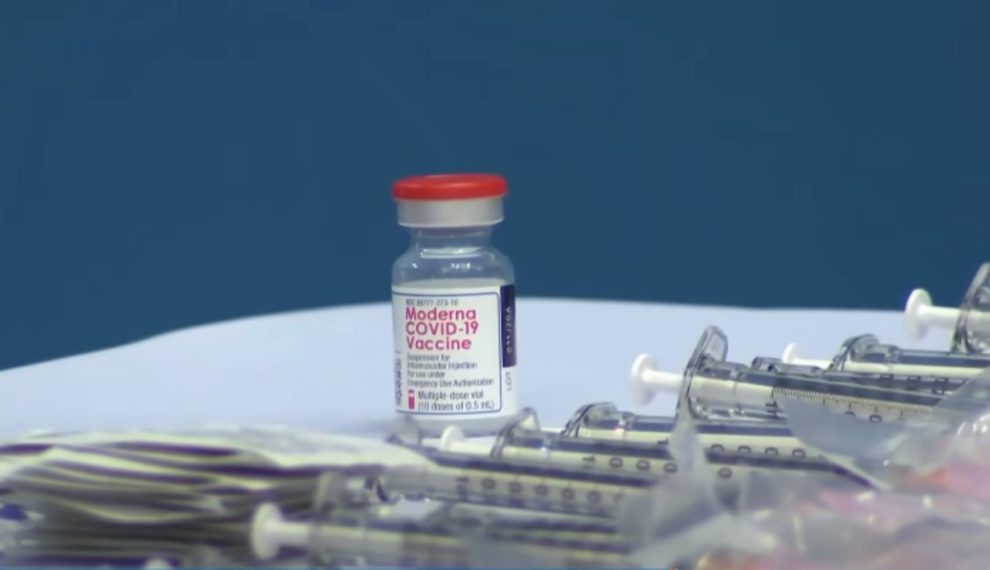 Moderna came under fire Tuesday in response to New York Times reporting about an ongoing dispute with a federal agency over whether government scientists should be credited as co-inventors of a key component of the U.S. company’s Covid-19 vaccine.

Dr. Céline Gounder, an infectious diseases specialist at the New York University School of Medicine and Bellevue Hospital Center, tweeted that it is “amazing” Moderna “has the gall to claim it’s the sole inventor” given contributions from scientists at the National Institutes of Health (NIH).

“Moderna is cheating US taxpayers,” Gounder said. Along with “being scientifically dishonest,” and “trying to cheat NIH scientists,” the company “is leaving people to die,” she added, pointing to the inequitable distribution of effective Covid-19 vaccines worldwide.

Moderna is being scientifically dishonest.

Moderna refuses to share its vaccine recipe & manufacturing know-how, even as its making BILLIONS OF DOLLARS in profits.https://t.co/ebYTgEqdPD

Gounder’s tweets were sparked by the Times report detailing the dispute:

The vaccine grew out of a four-year collaboration between Moderna and the NIH, the government’s biomedical research agency—a partnership that was widely hailed when the shot was found to be highly effective. A year ago this month, the government called it the “NIH-Moderna Covid-19 vaccine.”

The agency says three scientists at its Vaccine Research Center—Dr. John R. Mascola, the center’s director; Dr. Barney S. Graham, who recently retired; and Dr. Kizzmekia S. Corbett [no relation], who is now at Harvard—worked with Moderna scientists to design the genetic sequence that prompts the vaccine to produce an immune response, and should be named on the “principal patent application.”

Moderna disagrees. In a July filing with the United States Patent and Trademark Office, the company said it had “reached the good-faith determination that these individuals did not co-invent” the component in question. Its application for the patent, which has not yet been issued, names several of its own employees as the sole inventors.

While the trio of federal scientists declined to comment, both NIH and Moderna confirmed the disagreement, with a spokesperson for the latter, Colleen Hussey, saying that the company had “all along recognized the substantial role that the NIH has played in developing Moderna’s Covid-19 vaccine” but “only Moderna’s scientists designed” it.

“NIH disagrees with Modernas inventorship determination,” Kathy Stover, a spokesperson for the National Institute for Allergy and Infectious Diseases, the branch that oversees vaccine research, told the Times. “Omitting NIH inventors from the principal patent application deprives NIH of a co-ownership interest in that application and the patent that will eventually issue from it.”

“We urge you to publicly clarify the role of the NIH in the invention of the vaccine, and to explain the steps you intend to take to ensure the contributions of federal scientists are fully recognized, including any legal remedies,” Maybarduk wrote to Dr. Francis Collins, the NIH director. “We also request that you publish all research agreements with Moderna.”

Echoing the NIH spokesperson’s warning, Zain Rizvi, research director for the Public Citizen program, emphasized the impacts of such exclusion.

“Why does it matter?” Rizvi asked in a series of tweets Tuesday. “Because co-inventorship creates a presumption of co-ownership, this series of exclusions could have important public health consequences if and when the patent applications mature into issued patents around the world.”

“Co-ownership can empower the U.S. government to authorize additional manufacturers to use some mRNA-1273 patents around the world,” he continued. “It can also significantly bolster the public’s understanding of the critical role played by federal scientists in the invention and development of the NIH-Moderna vaccine.”

Since then, new evidence has emerged showing that Moderna did not name NIH scientists as co-inventors in three patent applications covering the composition of the spike protein sequence encoded by mRNA- 1273. pic.twitter.com/dntPtVKVWt

Like Gounder, Rizvi also called out Moderna for the unequal distribution of Covid-19 vaccines, which have been largely concentrated in wealthy countries.

“Moderna has used public science and public funding totaling billions of dollars to develop a vaccine largely available to the rich,” he said. “Moderna has charged states like Botswana $29 per dose. It has turned the people’s vaccine into a rich people’s vaccine.”

Speaking to the Times, Rizvi and others highlighted how a resolution to the conflict that includes the federal scientists could help address the distribution conditions that critics call “vaccine apartheid.”

“Patents are development monopolies, and in a pandemic it is a terrible idea to have a private corporation have a monopoly on part of a lifesaving technology.”

“It’s not just about bragging rights,” Rizvi said. “It’s also about supply. Patents are development monopolies, and in a pandemic it is a terrible idea to have a private corporation have a monopoly on part of a lifesaving technology.”

James Krellenstein, a founder of the AIDS advocacy group PrEP4All, framed the patent dispute as part of a bigger problem, telling the Times that “it points to these broader issues that NIH has with basically getting taken advantage of by pharma.”

Though Moderna has promised not to enforce its Covid-19 vaccine patents during the pandemic, if the federal scientists were named as co-inventors, NIH could make licensing decisions without the company’s permission.

Ameet Sarpatwari, an expert on pharmaceutical policy and law at Harvard Medical School, told the newspaper that with a license from the U.S. government, “you’ve got the force of law rather than just a statement in the public domain.”

The expert added in a tweet that “the federal government should go to the mat. It will prevail, and this action is warranted on behalf of Americans and the world.”