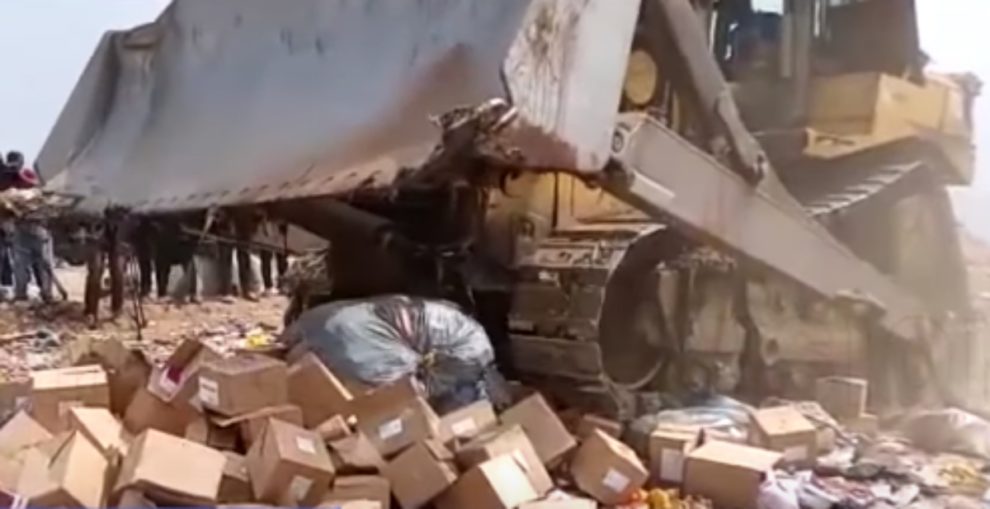 Nigeria said it had incinerated on Wednesday more than a million doses of Covid vaccine that had been donated by developed countries several months ago and had since passed their expiry dates.

Africa’s most populous country has so far fully vaccinated four million people — less than three percent of the adult population and well short of the government’s target of 112 million people by the end of next year.

“When these vaccines were offered to us we knew that they had a short shelf-life, but we were living in an environment where the supply of Covid-19 vaccines was very scarce, they were not available due to vaccine nationalism,” he said.

Rich countries, he said, hoarded jabs and then offered them for donation “at the point that they are about to expire.”

The UN has long warned that inequalities in global vaccine distribution is leaving many vulnerable people in poorer nations without a single jab, even as richer countries roll out booster programmes.

Nigerian officials said on Monday that the country was facing a fourth wave of the pandemic and called for strict compliance with the rules during the holiday season.

The country’s health watchdog, the Nigeria Centre for Disease Control (NCDC), says the number of Covid cases has risen by 500 percent over the past two weeks, driven by the Delta and Omicron variants.

In a population of 220 million, the authorities have recorded around 225,000 cases since the start of the pandemic, with fewer than 3,000 related deaths.

Experts attribute the relatively low figures partly to low testing rates and widespread lack of awareness about the disease, whose symptoms often mirror those of malaria.

Nigeria was scarred by a disastrous clinical trial in 1996, when 11 children died and dozens were left disabled after being given an anti-meningitis jab.