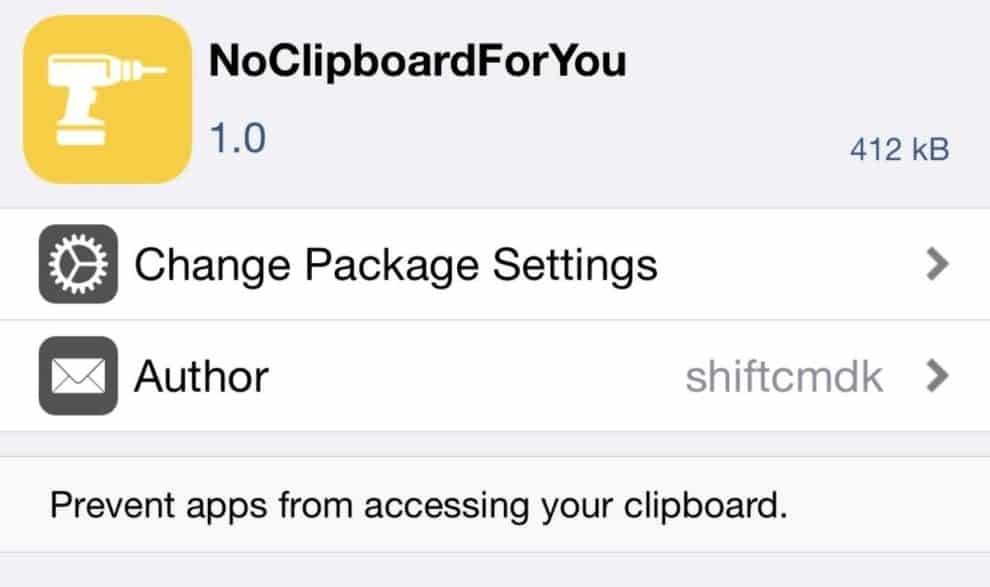 Last month, Apple released its new operating systems, including iOS 14, iPadOS 14, TVOS 14, and WatchOS 7, during its first-ever digital WWDC event. Shortly after, the giant tech company released the developer beta version of iOS 14 for testing. So far, we’ve been able to get an idea of the features coming with the stable version later. According to reports, Apple added a brand new feature on the new iOS, which helps to notify users, in case the apps they’re using read and copy data on their clipboard. With this feature, apps like TikTok and LinkedIn won’t be able to read a user’s clipboard items, without permission. In case you don’t plan to update to the latest update because your device is jailbroken, there’s a jailbreak tweak, called NoClipboardForYou, which can help you disable clipboard access for such apps.

In this article, we’ll be showing you everything we know about NoClipboardForYou jailbreak tweak, and how it can help you disable clipboard access for apps.

If you’re anxious about your privacy and don’t want apps, including TikTok and LinkedIn, to read and acquire data on your clipboard, you might have to stop worrying about it. That’s because Apple’s new iOS 14 comes with a particular feature, which helps to disable clipboard access for apps.

However, in case you can’t install the iOS because your iPhone is jailbroken, you might have to stop worrying too. There’s a new jailbreak tweak, called NoClipboardForYou, which works similarly, helping to disable the clipboard access for such apps.

Once you install the tweak, it automatically adds a preference pane to your Settings app. From there, you can easily disable the apps from having access to your clipboard data.

The preference pane will show the apps on your phone, alongside a toggle bar in front of each of them. As soon as you turn on the toggle bar for any app, it’ll help to disable the app from having access to the data from your clipboard. However, for the changes to take effect, you’ll have to force stop and restart the app via the App Switcher. 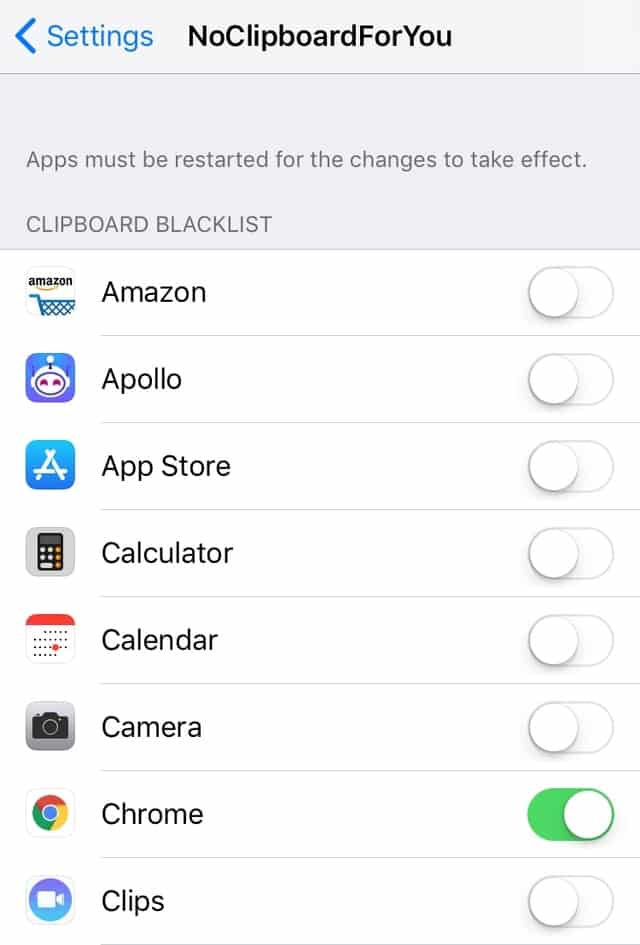 Here’s a burning question: are there implications to using this jailbreak tweak?

Well, it’s worth noting that there’s an implication to it. After you disable the app from accessing data on your clipboard, you won’t be able to paste on the app. However, the app can always write to the clipboard for you to grant access. That way, you’ll be able to paste anything on the app.

Regardless of the disadvantage, NoClipboardForYou is a great jailbreak tweak that you can trust if you’re concerned about your privacy. It’s easy to download, as you can get it free of charge from Shiftcmdk’s repository, through your preferred package manager.