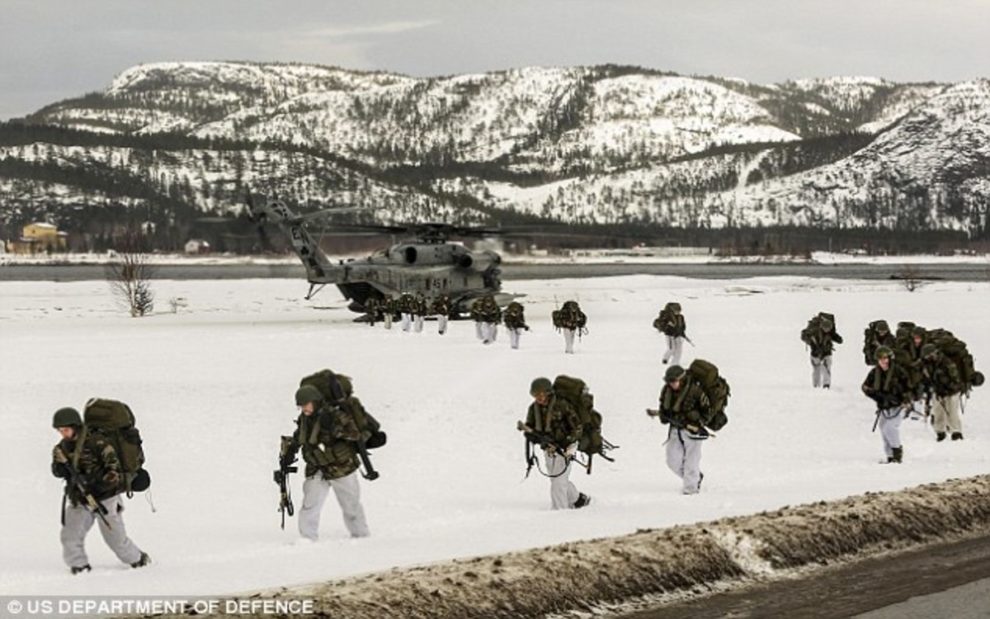 Colonel Tormod Heier highlighted that strengthening the U.S. military presence in Norway would have negative consequences for the Scandinavian country. According to Norwegian state-owned media NRK in an article titled “Can Joe Biden become dangerous for Norway?” Colonel Heier, a professor at the Norwegian Defense College, said Norway could turn into a battlefield if tensions broke out between the U.S. and Russia.

“Norway is part of the great power rivalry between the United States and Russia. The probability increases that Norway will become a battlefield in the event of a conflict or a crisis becoming out of control between the Russians and Americans,” he said.

The military expert, who pointed out that the U.S. is afraid of Moscow’s nuclear capabilities, said Washington has recognized Norway’s important strategic role in the Arctic because it is the closest country to Russia in the region. Highlighting that the U.S. is following a strategy of deterring Russia, Heier stated that Norway should balance the two powers in the current situation and said “Norway and the U.S. are in a new Cold War with Russia.”

It was claimed earlier this year that four American B-1B Lancer-type bombers would be based in Norway. Norwegian officials did not confirm the claim. It is worth noting that B-1B Lancers were previously capable of carrying nuclear weapons, but were later reduced to carrying long-range cruise missiles. It is not a far stretch to anticipate that these bombers may once again be able to carry nuclear weapons.

Norwegian Defense Ministry spokesman Hårek Elvenes said that the temporary use of Norwegian airports for the U.S. would be nothing new and that “cooperation with our most important ally is both natural and necessary to have a good overview and control in the High North.” He then emphasized the role of “firmness and predictability” as guidelines for Norway’s security policy.

However, the activation of a U.S. military presence in Norway, including the placement of strategic bombers, does not contribute to stability and could turn the Arctic into a hot zone. In January 2020, U.S. military planes used the runway on Jan Mayen, a Norwegian island isolated in the Atlantic Ocean to the east of Greenland. Using the runway was to assess landing conditions and safety for the U.S. Air Force and its potential use of the island that is located within the Arctic Circle.

Norway has repeatedly cited Russia as one of the main threats to the country while Russia has accused Norway of taking antagonistic actions to try and contain its interests in the Arctic. Russian President Vladimir Putin signed a 15-year-plan for the Arctic, titled: “On the Basics of State Policy of the Russian Federation in the Arctic for the Period Until 2035,” which was authored by the Ministry of the Far East and Arctic. The plan identifies challenges to Russia’s national security and the regions trade potential, and it is for this reason that by 2035 Russia aims to build up to 40 Arctic vessels, new railways and seaports, and upgrade regional airports.

One study found that it is estimated that the Arctic has 90 billion barrels of oil that is yet to be discovered, equal to 5.9% of the world’s known oil reserves – about 110% of Russia’s current oil reserves or 339% of U.S. reserves. The Arctic also has an estimated 1,669 trillion cubic feet of gas, equal to 24.3% of the world’s current known reserves. This equates to 500% of U.S. reserves, 99% of Russia’s reserves, and 2,736% of Canada’s natural gas reserves. There are also large quantities of metals and minerals, including gold, diamonds, copper, iron, zinc, and uranium.

In addition to this vast amount of wealth, ice is melting in the North Sea, meaning a new trade route will emerge that will cut the delivery of commercial cargo from China to Europe by 40%. Russia stands to gain the most when Arctic resources can be exploited and the new trade route linking China with Europe opens.

For these reasons, it is unacceptable for the U.S. to allow Russia to gain such an advantage. Washington is utilising all its Arctic allies, especially Norway and Canada, but also “near-Arctic” partners like the UK, to pressure Russia through provocative military actions to deter the country from exploiting its advantages in the Arctic. However, since Russia’s coastline accounts for 53% of the Arctic Ocean’s entire coastline, it renders the goal to contain Russia in the Arctic region as impossible. Although Norwegian defense experts like Colonel Tormod Heier recognizes this reality, it appears that decisionmakers in Oslo are yet to accept this and will continue to follow Washington’s policies against Russia in the Arctic.