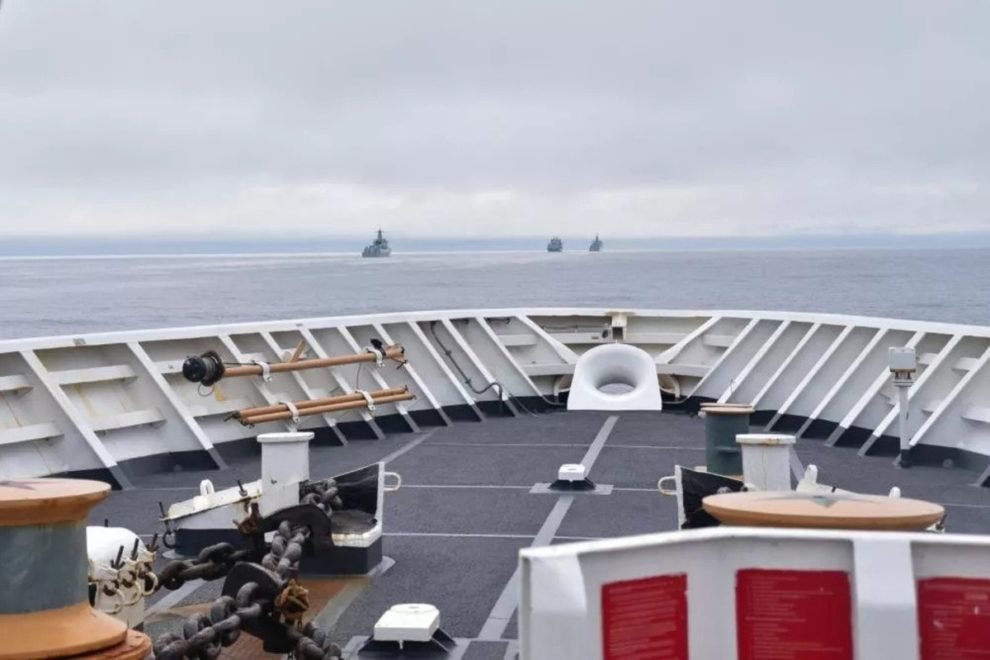 US Coast Guard spotted Chinese warships, including one of its most advanced destroyers, off Alaska and near US exclusive economic zone late last month, the U.S. military revealed in photos.

According to photos posted on a Pentagon information service, four Chinese warships, including one of its most advanced destroyers, were spotted sailing in the waters off Alaska late last month as the Chinese navy steadily expands its range.

The photos were posted on Monday and then removed a few hours later for unknown reasons.

A four-ship Chinese Navy task force, consisting of a guided missile cruiser, a guided missile destroyer, a general intelligence vessel, and an auxiliary vessel, sailed in international waters inside the US Exclusive Economic Zone, off the coast of the Aleutian Islands in Alaska, on August 29 and 30, according the US Department of Defense report posted on Sunday on the Defense Visual Information Distribution Service (DVIDS) website, Global Times reported.

“The PLAN task force included a guided missile cruiser, a guided missile destroyer, a general intelligence vessel, and an auxiliary vessel. The Chinese vessels conducted military and surveillance operations during their deployment to the Bering Sea and North Pacific Ocean,” the Coast Guard said in a statement.

According to the Times, one of the photos showed Captain Tim Brown, commanding officer of the US Coastguard vessel Bertholf, communicating with “a Chinese People’s Liberation Army Navy ship operating as part of a four-ship task force.” 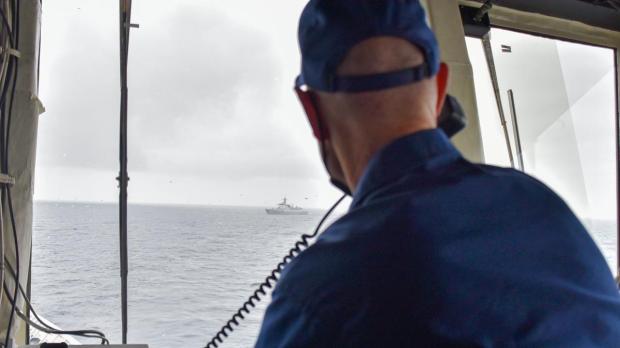 This is not the first time Chinese naval vessels have been spotted in the waters off Alaska; in 2015, five Chinese Navy warships were spotted in the Bering Sea off Alaska, in what the Pentagon claimed was the People’s Liberation Army’s first such operation to the region.

Beijing is expanding its warship fleet as part of a military modernization drive under President Xi Jinping.

China and the United States have increased military activities in the South China Sea and the Taiwan Strait as part of their bitter geopolitical rivalry, with both areas becoming potential military flashpoints.

The US Pacific Fleet confirmed last Tuesday that the Carl Vinson Carrier Strike Group, which included F-35 stealth fighters, was in the South China Sea conducting maritime security operations as part of the US commitment to uphold a rules-based international order with regional allies and partners, SCMP reported.

It was the first time the stealth fighters had been sent on such a mission, and the exercise was designed to demonstrate the ability of the United States’ forward-deployed naval forces to respond quickly across the region, according to the fleet.

Last week, the US destroyer USS Benfold sailed close to Mischief Reef, which Chinese defence ministry spokesman Wu Qian described as “further ironclad evidence of US hegemony over navigation and militarization of the South China Sea.”