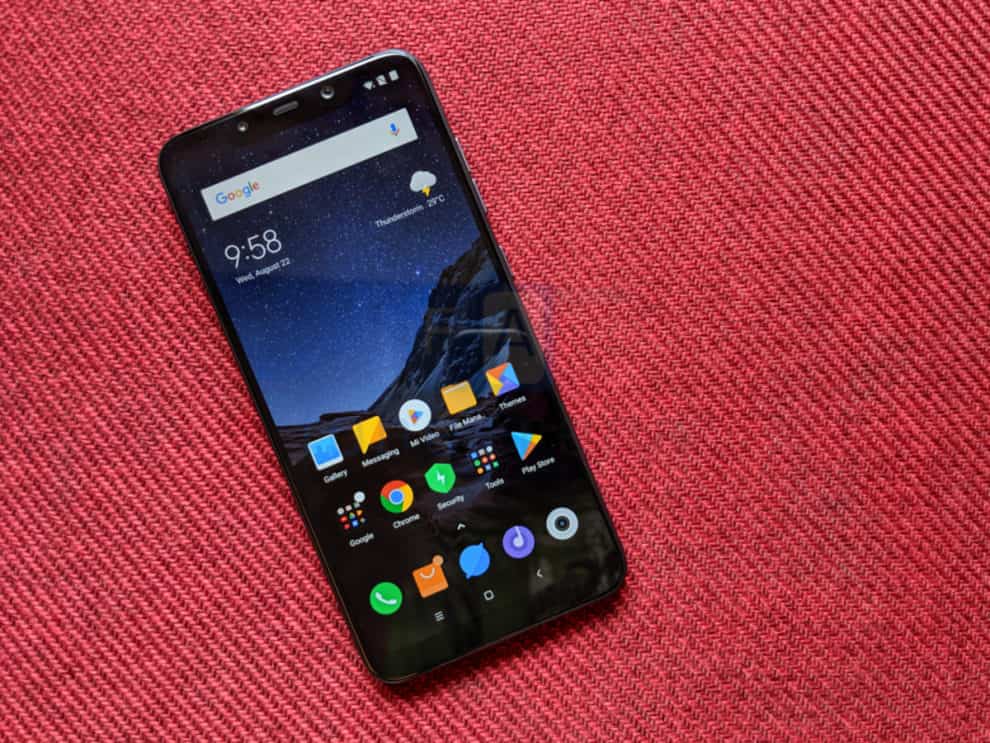 In 2018, Xiaomi released the Pocophone F1, also known as Poco F1 in some regions. The phone came with amazing features, at the time of its release, including running Android 8 Oreo. It’s been almost three years now since Xiaomi launched the device, however, it still makes use of the MIUI 11 skin. Yesterday, a report on the Mi Community revealed that the phone is now receiving the beta stable version of MIUI 11. However, for now, it’s only available for limited users of the phone. Also, the same report confirmed that the device will soon be receiving the MIUI 12 update. In this article, we’ll be sharing with you everything we know about the Poco F1 MIUI 12 update, including its release date.

According to an official release statement by Xiaomi on the Mi Community, it has started rolling out a new incremental update, MIUI 11 Beta Stable v11.0.9.0.QEJMIXM, which is based on Android 10, to Poco F1 devices. In the release, Xiaomi states that the update will roll out globally to all users of the device.

Furthermore, Xiaomi states in the release that only a limited number of its users, especially the Beta Team members, will receive it for feedback. So, in the case you’re yet to receive the OTA update, you might have to wait for its public release.

Talking of why the new update is incremental and not featured-packed, a Mi Community moderator explained that:

“There won’t be any new features as MIUI 11 development has stopped to make way for MIUI 12. This is just a security patch with some under-the-hood optimizations to make this ready for MIUI 12 update. You’ll get more features with MIUI 12, so stay tuned. Cheers!”

Looking at the response, it seems that the device will soon be receiving the MIUI 12 update. Let’s have a quick look at what the release date of the Poco F1 MIUI 12 update will be below:

“Q: Where is the MIUI 12 update? A: MIUI 12 for POCO F1 is currently under internal testing. It will be released to Mi Pilots (selected users) as a Beta Stable when ready. Do NOT ask for ETA.” 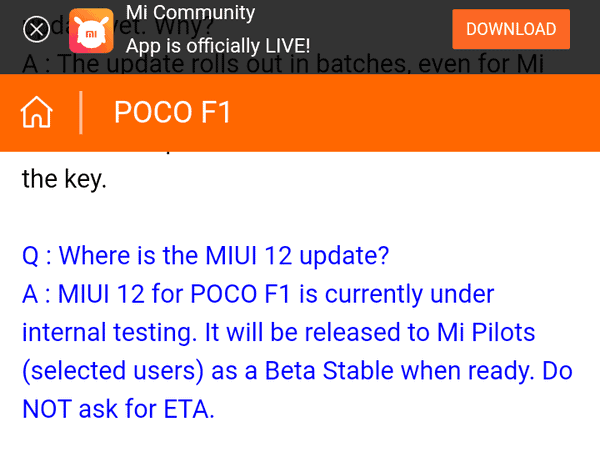 Looking at what the moderator said about the beta stable version of MIUI 11 update and the fact that MIUI 12 for POCO F1 is currently being tested internally, it’s possible that the new update will come around August. However, there’s no official statement to support this claim yet. So, take it with a pinch of salt.