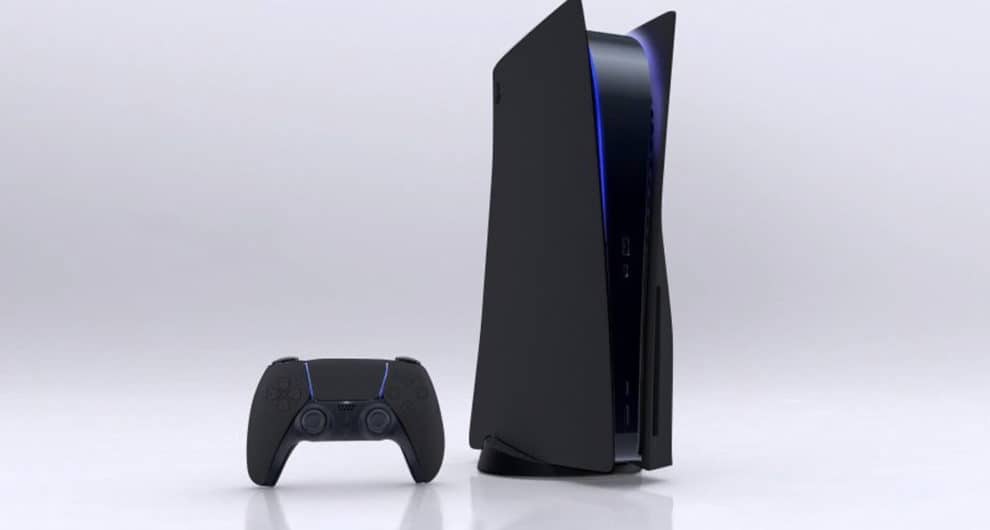 UPDATE Sept 17, 6:30 AM EST: Yesterday, Sony has officially rolled out the pre-orders page for PS5, and the PS5 product page has already been up on Amazon, you can check it right here for the disc version and here for the digital edition. The product page, however, shows only one color option for PS5, the black and white version.

Previously, an image of a black DualSense controller was leaked on Twitter hinting that an all-black PS5 could be launching alongside the two-tone color version.

The leak, if true, proves that Sony will certainly release an all-black color option later at some point. Speaking of PS5 console colors, Redditors have recently made a thread for discussing the color options that gamers are desiring for. Here check it out:

Alright you goobers, what colour PS5 would you want. from PS5

Although the release date of the PlayStation 5 gaming console is yet to be announced, Sony confirmed that it’ll be coming to us in the holiday season. So far, we already have some ideas about what to expect, when it finally launches. No doubt, the PS5 device will unusually be tall and come in white and black with blue accents colors. However, it looks like not everybody likes the color and the new design, as a few users are already asking Sony for more PS5 color options.

Here’s a burning question: is there any possibility of seeing extra colors for the PS5 and DualSense controller?

In this article, we’ll be sharing with you everything we know about the possibility of new color options for the upcoming PS5.

Although we don’t have enough information, including the price and exact release date of the upcoming PS5 console, we know that it’ll be coming in white (with some black portion) color. However, it looks like not all PS5 fans are happy about it.

Shortly after the reveal event of the next-gen gaming console, many PlayStation lovers took to Twitter, to complain about the design and the color of the device and the DualSense controller. Let’s have a quick look at a couple of the complaints below:

According to a Twitter user @Bosslogic, he said he’d prefer to see the devices come in an all-black color.

Also, according to @MrUnknowArtist, the user mentioned that he personally doesn’t like white devices. Furthermore, the user, who’s a designer, was able to redesign Sony’s render to an all-black color. 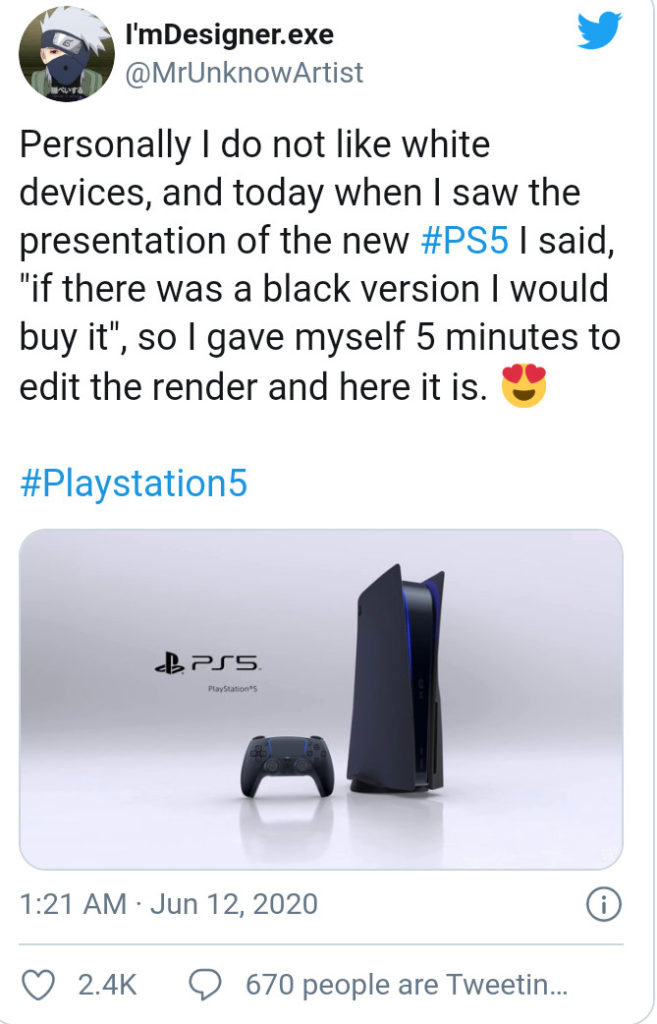 Any Possibilities Of Extra Colors For PlayStation 5?

Well, according to PlayStation’s head of marketing Eric Lempel, when asked about the question by Summer Games Festival host Geoff Keighley, he said:

“Right now, as you mentioned, it’s a hard enough job to get the unit that we’ve shown out. But we’ll talk about it at some point.”

Well, this certainly didn’t provide the much-needed evidence that PS5 and DualSense controllers might come in different color options.

However, according to a leaked image, there might be a possibility for extra colors for the upcoming PS5.

According to an image from ResetEra, a user @BarrBarr posted what looks like a PS5 console in black & red color. Here’s what the user posted in the gaming forum below:

“Not sure where to post this, but at work, we just received a promo picture that shows a black and red PS5.”

Furthermore, the user added while responding to another member of the forum, that the image is real and came from Sony.

“…it’s from Sony. Whether or not they are gonna make a console in that color I have no idea, “ the user added.

Apart from the console, the leaked image also reveals additional products like the PS5 controller, a camera, and an Xperia TV. 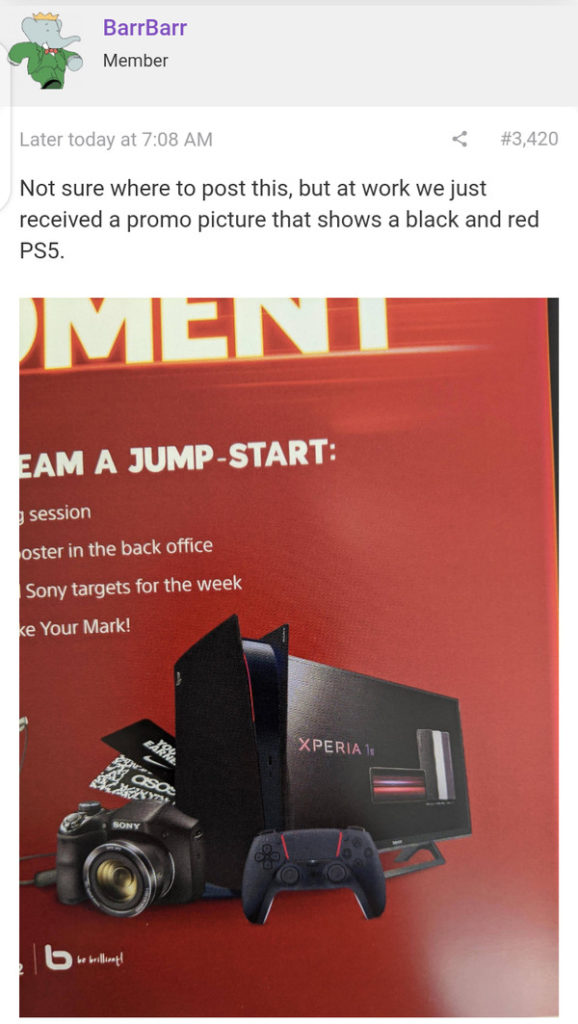 Looking at the image above, you’ll notice that the PS5 console comes in an all-black color. And talking about the stripes, the image shows that the PS5 device has a red color stripes on it.

If the information is anything to go by, then there’s a possibility for us to witness an extra color option for the upcoming PS5. However, we can only take this with a pinch of salt, while we await the release of the console.