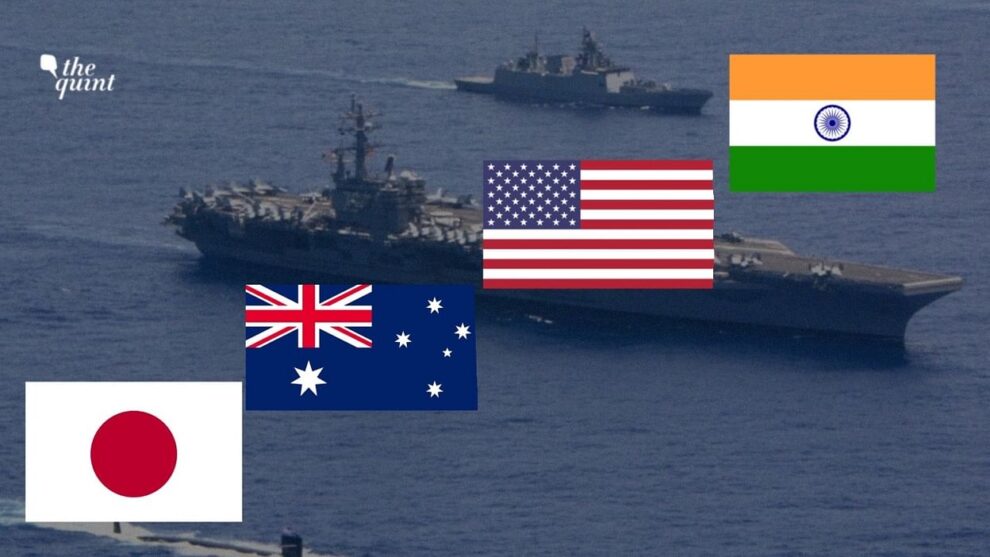 China has pledged to provide nearly half a billion doses of the COVID-19 vaccine to about 45 countries and is ignoring Washington’s provocative charges that it is using vaccines to diplomatize and expand its influence through soft power initiatives. According to the Financial Times newspaper, the U.S. is developing a plan with QUAD allies – Japan, India and Australia – to distribute vaccines globally to hamper China’s efforts to expand its influence. The plan is being led by the White House’s Indo-Pacific policy coordinator, Kurt Campbell, who reportedly met with ambassadors from QUAD member countries.

U.S.-led QUAD demonstrates it is much more than just a military bloc.

Considering the persistence of COVID-19 in some countries, in December last year Beijing promised Southeast Asian and African countries that they would have priority when the vaccines manufactured nationally by China were ready for distribution. Despite Washington’s accusations, Beijing denies that its “vaccine diplomacy comes with costs.” A spokesman for the Chinese Foreign Ministry said that China considers the vaccine a “global public good.”

Wang Huiyao, president of the Center for China and Globalization, a Beijing-based think tank, commented: “I don’t see any connection in that […]. China should do more to help other countries because it is doing well.”

The battle to dominate vaccine diplomacy is even being played out in the media sphere, particularly between QUAD member India and the alliance’s main target, China. The Times of India accused China’s Global Times of having carried out an advertising campaign against New Delhi’s “Vaccine Maitri” initiative by “raising questions about India’s capacity to manufacture vaccines after the fire at the Serum Institute.” The Times of India said that China has little to offer countries in a region where it continues to rapidly expand its influence, both economically and politically. The Global Times, for its part, said in an article that the fire at the Serum Institute “affect people’s confidence in high-quality vaccine production” and that “India’s vaccine production is not enough to match its ambition.”

The article also quoted an expert as saying that vaccines from India were being supplied mainly to countries in South Asia as a form of aid and that not many countries were actually buying Indian vaccines due to “quality concerns.” It is worth remembering that India also supplies vaccines on a contractual or commercial basis to Saudi Arabia, South Africa, Nigeria, Brazil, Morocco, Bangladesh, Myanmar and many other countries.

Despite the media war between India and China, QUAD members Japan, the U.S. and Australia have been mostly quiet, letting the two Asian Giants battle it out on this front. However, with QUAD organizing to challenge Chinese ambitions to expand its influence through vaccine diplomacy, it can be expected that American, Japanese and Australian media will become increasingly hostile towards Chinese vaccines in a bid to deter other countries from purchasing them.

Although the idea of ​​unifying four important countries in the Indo-Pacific region was launched during the first term of former Japanese Prime Minister Shinzo Abe in 2007, the format was forgotten about for 10 years until former U.S. President Donald Trump revived it in 2017. Trump revived it to start promoting the concept of the Indo-Pacific Strategy to prevent Chinese dominance in the region.

The U.S. wants to strengthen its strategic positioning by creating a coalition of states wanting to resist China’s rise. Therefore, the establishment of QUAD is in the hope that some Southeast Asian countries, especially those that have territorial disputes with China like Vietnam and Malaysia, will join the QUAD, contributing financially and materially to the overall military structure – resembling in a way an Asian NATO.

With the new goal of campaigning against China’s vaccine diplomacy, QUAD is proving itself to be more than just a military alliance between the four members, but as a multilateral format to challenge China through various methods, including soft power initiatives. It is likely that QUAD will rely on India mostly to provide an alternative to Chinese vaccines, while Japanese influence in Asia and Australian influence in the South Pacific, backed by U.S. endorsement, will attempt to convince countries to purchase Indian and other vaccines instead of Chinese-made ones.

The QUAD is unlikely to find much success in convincing states to not purchase Chinese-made vaccines. Most states are willing to purchase any approved vaccine no matter where they come from so that life and full economic activity can return to normalcy at the swiftest time possible. Although the U.S. may try and coerce states to reconsider purchasing Chinese vaccines, Beijing’s economic power and pull in Asia, the South Pacific and even Africa, has become too prominent for states to be willing to unnecessarily antagonise the Asian country for the sake of Washington.

US scientists: China is expanding its nuclear capabilities