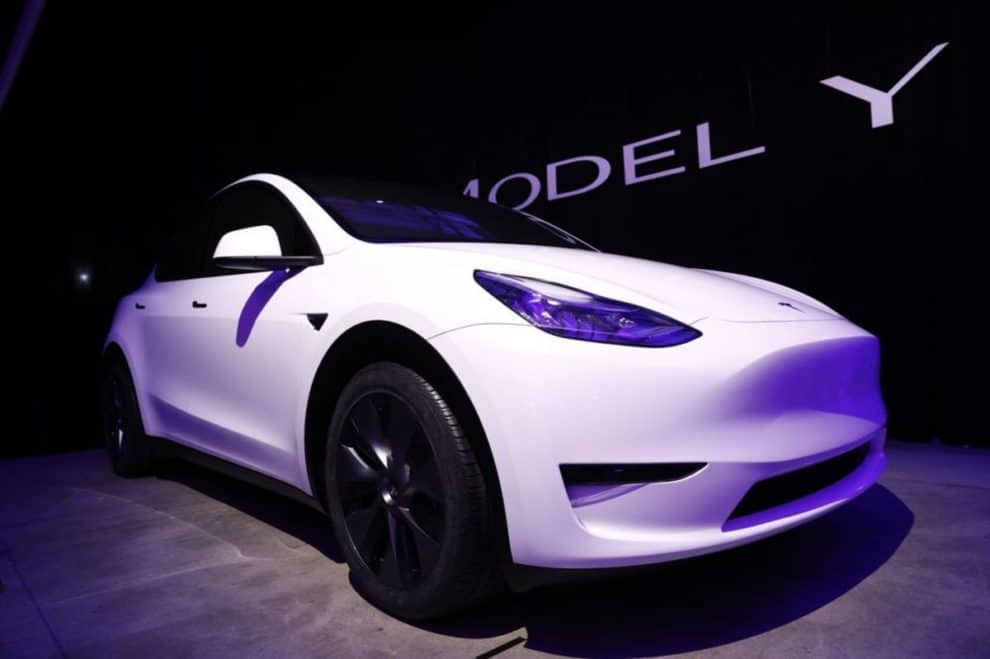 Tesla unveiled its Model Y in March 2019, and started its production in January 2020, at its Fremont plant. The company started deliveries of the fully electric, mid-size SUV in March 2020. Due to its crossover nature, the Tesla Model Y is expected to be the best selling vehicle in the company’s lineup. One of the interesting things about the SUV is that Tesla has done several things to quickly increase its demand since it was released. Some of them include adding it to its referral program, adding a trailer hitch, and the recent implementation of a small price reduction. Now, it seems the company has just pulled another demand lever on the mid-size SUV. Tesla has launched a lease option for the Model Y, allowing customers to lease it for 36 months, at an affordable price per month.

In this article, we’ll be sharing with you everything we know about the Tesla Model Y lease option, including its price.

Without a doubt, things are really moving pretty fast to increase the demand for Tesla Model Y. Talking of Model 3, it took Tesla about two years after starting production of the new vehicle, before leasing it to its customers.

Leases are mostly embraced by premium vehicle buyers, who prefer upgrading from time to time. And with Tesla’s new lease option, the Model Y will be offering customers the cheapest price option to drive the latest vehicle. 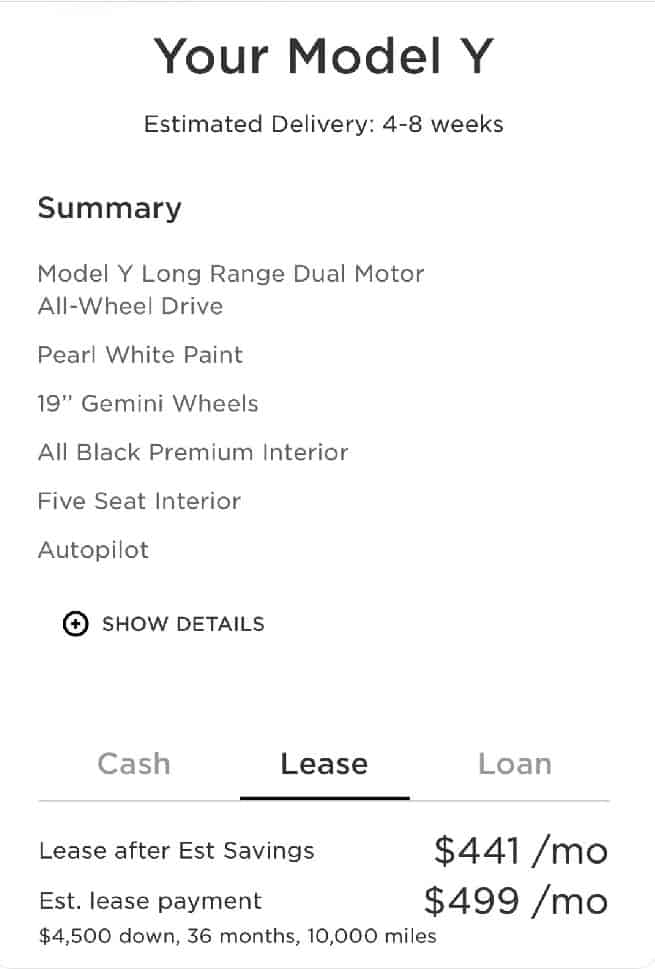 The new Tesla Model Y lease option, which is now available in the US, will allow people to get the electric SUV at a starting price of $499 per month. However, to be eligible for the offer, you’ll need to first put $4,500 down. In addition, the lease option is similar to that of Model 3, as it doesn’t allow customers to purchase the vehicle at the end of the 36 months.

Comparison To Other Vehicles In The Price Segment

Comparing the Tesla Model Y lease option to that of other vehicles in its price segment, including BMW X5 xDrive40, you’ll notice that it’s very affordable and favorable.

According to a breakdown by a Twitter user @mooroobee, the least option is fair enough for customers. Here’s the user’s breakdown below:

“Lease option available for Tesla Model Y. Very favorable! Below are lease estimates for BMW X5 xDrive40 ($61,200), and Tesla Model Y *with FSD* ($61,000). Lease for Tesla is $110/month less than a BMW with the same price, not even considering the fuel savings! Great deal, WITH FSD!”

Also, comparing to the Lexus RX lease, Model Y seems to be a more favorable option. Although looking at the lease payment alone, Lexus is cheaper, leasing at a price of $409. However, looking at the comparison from the Total Cost of Ownership perspective, you’ll be able to save $125 per month on fuel costs and $120 a month on maintenance costs. You can check here for the details of the comparison, as compiled by CleanTechnica.