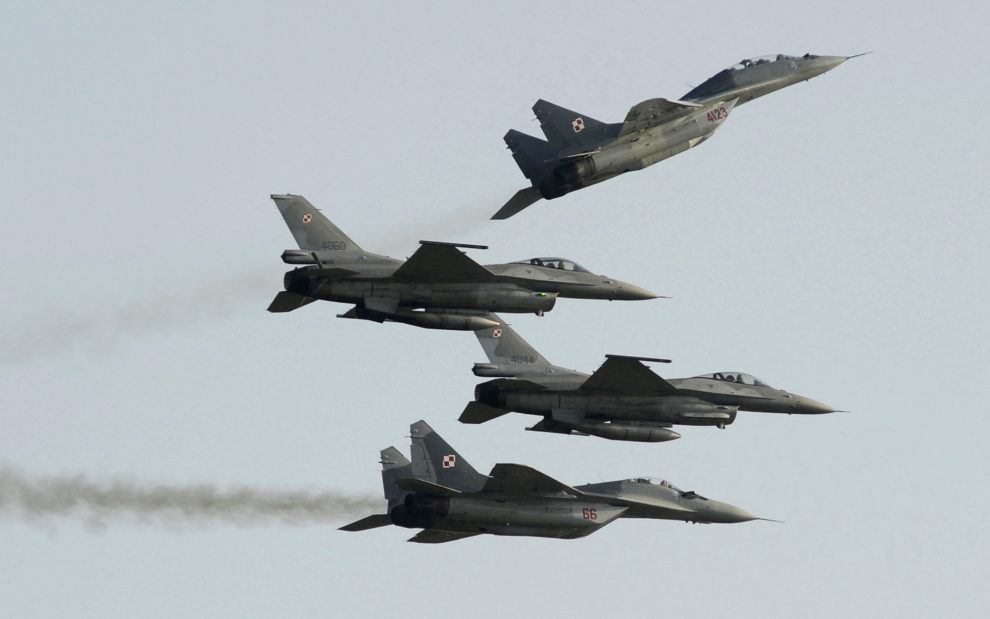 In every military conflict, the importance of fighter jets can not be overemphasized. These aircraft offer a host of important capabilities for every Industrial Age war. For instance, fighter jets are essential to institute air superiority in Battlespace. Besides, fighter jets often serve as support for ground troops, sea, and air forces. Today, there are tons of aircraft across the world. According to Flight Global, one of the world’s aviation community’s primary sources of news, there are over 53,271 active fighter jets globally today. The United States has 13,246 aircraft (that’s 25% of the total fleet) while Russia has 8% of the total number. As you read through the rest of this post, you’ll find the list of the top 10 fighter jets in the world in 2022. 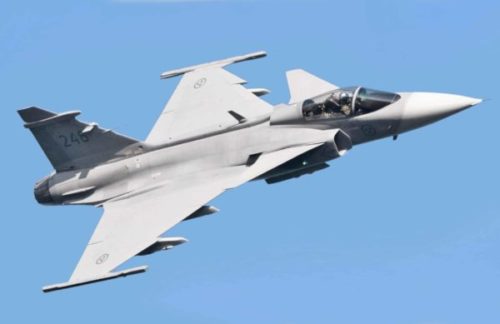 Occupying the tenth position on our list of the top 10 fighter jets in the world is Saab Jas 39 Gripen. This fighter aircraft is a light single-engine multi-role fighter jet produced by Saab JAS, a Swedish aerospace and defence company.

Although JAS 39 lacks a thrust reverse, one thing that makes it special is its excellent short-field capability. Furthermore, Gripen has a very sleek design, huge delta wings, and canards. Speaking of performance, this aircraft has a maximum speed of 2.130 km/h (Mach 2+) and a cruising speed of Mach 1.2–1.4 (Gripen NG). 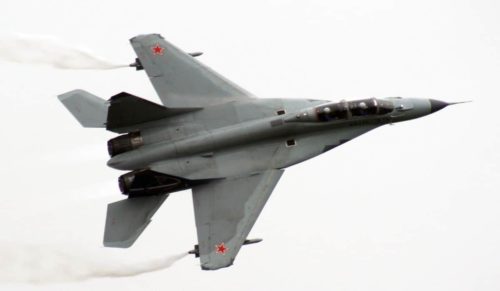 The Mikoyan MiG-35 is a Russian multirole fighter designed by a division of the United Aircraft Corporation – Mikoyan. This air superiority fighter aircraft comes with Klimov RD-33, a Turbofan engine. The engine features excellent gas flow stability against ambient disturbances, according to Klimov. In terms of performance, MiG-35 has a maximum speed of 2,400km/h. The aircraft can climb at the rate of 330m/s. Besides, the normal and ferry distance range of MiG-35 is 2,000km and 3,100km, respectively. 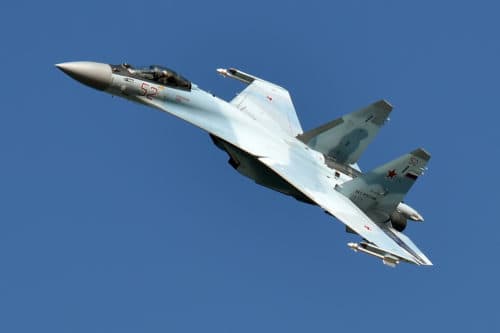 Occupying the eighth spot on our list of the top 10 fighter jets in the world is Sukhoi Su-35 Flanker-E. This aircraft is a multi-role fighter that originates from the Soviet Union (Russia). Sitting in the seventh position on the top 10 list of fighter jets in the world is Eurofighter Typhoon. This aircraft is a multinational twin-engine and multirole fighter. Currently, the primary users of this fighter jet are the Royal Air Force, German Air Force, Italian Air Force, and Spanish Air Force.

Dassault Rafale is another excellent machine on our top 10 list of fighter jets in the world. This multirole fighter aircraft, introduced in 2001, originates from France. Its primary users are the French Air and Space Force, French Navy, Indian Air Force, and Qatar Emiri Air Force.

Speaking of the specifications of this multirole fighter, it has a maximum speed of 1,912 km/h at altitude level. Its combat range on any penetration mission is 1,850 km, while its ferry range is 3,700 km. In terms of armament, Dassault Rafale features a GIAT 30/M791 auto-cannon gun capable of delivering up to 125 rounds.

Boeing F-15 Fighting Eagle is, no doubt, one of the most popular fighter jets out there. This air superiority fighter, designed by McDonnell Douglas, is an American twin-engine, all-weather tactical jet. Apart from the United States Air Force, other primary users of Boeing F-15 are Japan Air Self-Defense Force, Royal Saudi Air Force, and Israeli Air Force.

Furthermore, Boeing F-15 Fighting Eagle packs tons of amazing features and specifications. For instance, at high altitudes, the aircraft has a maximum speed of Mach 2.5 (1,650 mph, 2,655 km/h). In addition, it has a combat range of 1,965 km for interdiction missions and a ferry range of 5,600 km. Also, the fighter jet has an M61A1 Vulcan 6-barrel rotary cannon gun, capable of delivering up to 940 rounds. 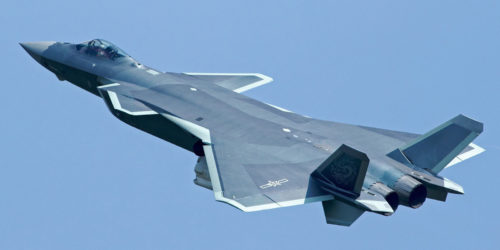 Also known as Mighty Dragon, Chengdu J-20 is a twinjet, all-weather, aircraft developed by China’s Chengdu Aerospace Corporation. The fighter jet is specifically designed for the People’s Liberation Army Air Force (PLAAF). With a maximum speed of Mach 2.0 and a normal range of 5,500 km, you’ll certainly agree with me that this jet deserves to be in the fourth spot on our list of the top 10 fighter jets in the world.

Sukhoi Su-57 is a single-seat, twin-engine multirole fighter aircraft manufactured at the Komsomolsk-on-Amur Aircraft Plant. This jet incorporates stealth, super-cruise, and substantial internal payload capacity. At high altitudes, the aircraft has a maximum speed of Mach 2 (2,135 km/h). Its ranges are 3,500 km (subsonic) and 1,500 km (supersonic).

Sitting in the second position on the top 10 list of fighter jets in the world is Lock Heed Martin F-35 Lightning II. This all-weather stealth multirole combat aircraft originates from the United States.

One highlight of this fighter aircraft is that it comes with a maximum speed of Mach 2.25 or 2,414 km/h at altitude. Its supercruise speed is 1.82 while its normal and combat ranges are 3,000 km and 859 km, respectively. That’s not all; the air superiority fighter also features a 1× 20 mm M61A2 Vulcan rotary cannon gun, capable of delivering up to 480 rounds.