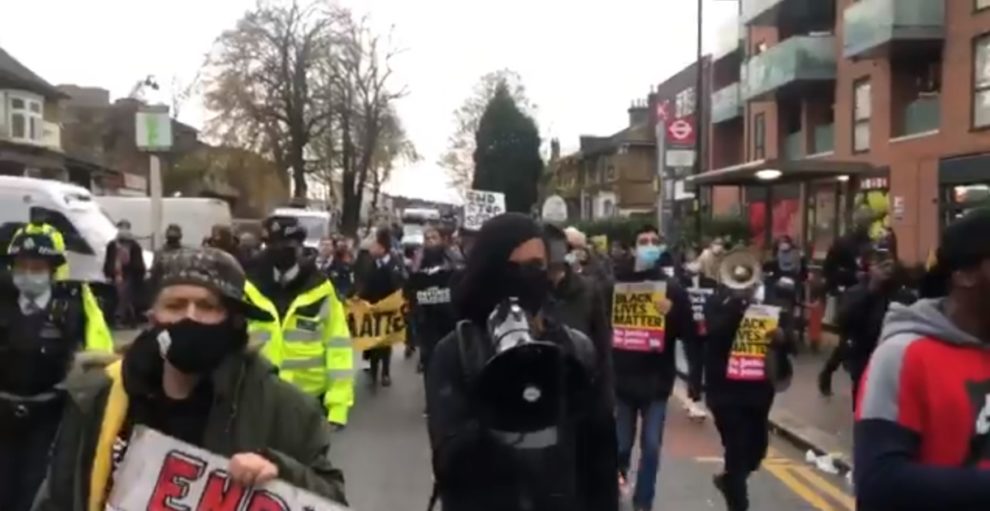 The Tottenham Police has made headlines after a video went viral showing a black student being assaulted by the police personnel. The white police officer was brutally restraining a black child. The video was shot in front of School Children on the West Green Road in Tottenham. The video footage shows the white police officer shoving the black child against a car and forcefully holding him down. This incident has once again sparked the black lives matter protest movement. Reports about the incident indicate that the black student being manhandled by the Tottenham police was aged only 16.

The black lives matter protest is being carried outside Tottenham at the Park view academy today to condemn the brutal incident that took place. Once again, black people have taken to streets in order to protest the systematic oppression faced by black people. The law criminalizes torture or any form of violence being inflicted on a child. The 16 year old black student in the footage happens to be a minor.

The video shows that two officers were involved in the violent assault of a minor black student. One of the officers punched, shoved and held the boy down while the other just stood by and watched. Black people argue that such an incident would have never occurred if the student in the footage was a white child. Despite being guaranteed equality in the constitution, black people still struggle for dignity.

This incident is just an insight into the treatment of black people in our society. The law and enforcement authorities treat citizens differently on the basis of their skin. Black people have been persecuted and oppressed throughout history due to the color of their skin. The video footage is alarming and shocking for many people. Despite a year of protests, no change seems apparent.

The protest is currently marching to the Tottenham police station in order to condemn the brutal action by Tottenham police personnel. People online are expressing solidarity with the marchers who continue to protest for their rights and liberties.

The incident caught on video is not an isolated case of police brutality against black people. This summer, George Floyd’s murder sparked black lives matter protests all across the United States. George Floyd was brutally murdered in police custody. Law and enforcement agencies continue to harass and assault black people. Most times, the guilt of these people has not even been proved but they are maltreated.

The constitution advocates equality and claims that all people are equal before the law. However, incidents like these highlight the racial disparity and inherent racism embedded in the country. Black people sincerely hope that these protests can somehow change the systematic oppression.