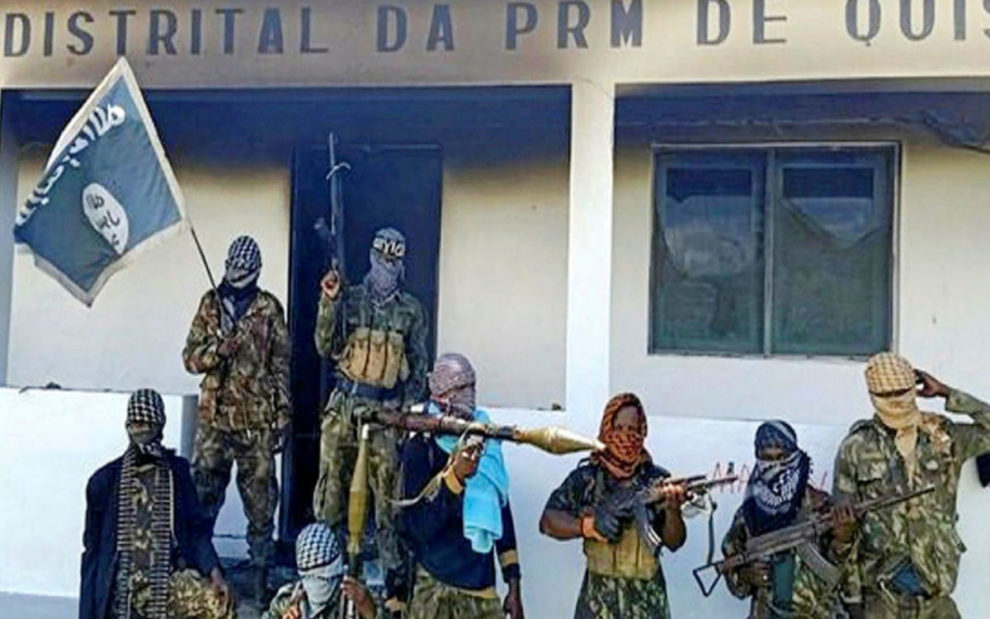 Terrorism is advancing strongly in Africa, while international society remains silent. Jihadist penetration in Mozambique is absolutely out of control and threatens to spread across southern Africa. The barbarism of Islamist extremism brutally confronts the power of the national government, which remains fearful and powerless to the growing threat.

Terrorism in the country is led by the radical group ah-Shabab, an African branch of the well-known Al Qaeda, one of the largest terrorist organizations of all times. Recently, in early November, members of al-Shabab murdered more than twenty people, mostly children and adolescents, who were participating in a tribal ceremony in the district of Mocímboa da Praia, in the province of Cabo Delgado. Most of the victims were beheaded – a form of execution quite common among such terrorist groups. Previously, in April, more than forty young Mozambicans were also beheaded in the same region after refusing to join the terrorist guerrillas. Since 2017, when al-Shabab arrived in the region, more than 600 terrorist attacks have been reported in Cabo Delgado, with the deaths of more than 2,300 people. In addition to the murders, there is another major problem arising in Mozambique due to the attacks, which is a migratory crisis. Afraid of being the next victims of Islamic extremists, Mozambicans are moving more and more, both inside and outside the country, with the security crisis having already resulted in the migration of more than 400,000 people since 2017, according to data from the International Organization for Migration.

According to Mirko Manzoni, UN official representative for Mozambique, the main fear today is that foreign fighters will continue to arrive in the country and increase the ranks of the terrorist group that has been perpetrating the massacres. According to reports, every day, new combatants arrive in Mozambique, making the situation completely out of control for the local government and its security forces – which is why Manzoni defends the sending of international military aid to the African country.

However, the government remains silent about the situation. The Mozambican president, Filipe Nyusi, did not request any commitment to military cooperation with his international partners in the Southern Africa Development Community, SADC – an organization that also provides for collaboration on security matters. This does not mean necessarily a negligence by the Mozambican government, but a total failure to cooperate between African states. The threat appears to be far beyond the institutional strengths of the Mozambican state, but the situation in other African countries is not secure enough to provide adequate assistance – mainly because other countries on the continent fear that their populations will be the next victims of such acts of barbarism. For example, in South Africa, the government received an alert issued by the Islamic State that no aid would be provided to Mozambique. Under such circumstances, cooperation between African nations will not be possible. Meanwhile, fear spreads in the region and nothing seems to be able to stop it.

To worsen the situation in Mozambique, the domestic political scenario is chaotic. Nyusi was elected president last year in an electoral process considered fraudulent by most observers, which created a major legitimacy crisis in national politics amid a context of armed tensions. Nyusi’s party, “Fremlino”, and its opposition party, “Renamo”, have faced each other with arms before and still maintain armed militias, which raises concerns about a possible return to the civil war. However, even though such parties maintain peace with each other, the mere fact that the crisis prevents the development of a unified national plan for security and combating terrorism already makes the national situation hopeless.

It is important to remember that Mozambique has certain specific conditions that make the country attractive to the activities of international criminal organizations. Despite being one of the poorest countries on the planet, Mozambique has unexploited natural resources in abundance, including one of the largest natural gas reserve in the world, in the north of the country. European and Chinese companies have been investing in the region for a long time. It is speculated that in four years Mozambique will become the largest exporter of natural gas in the world. But for this to happen, the security crisis must be resolved.

Obviously, the interests of terrorists in Mozambique include such economic factors. By making the situation in the country chaotic and unstable, such groups can control the region’s natural resources and trade them illegally, as is already the case in several terrorist-controlled regions in countries like Syria and Libya. This would guarantee income for criminal organizations and perpetuate underdevelopment and poverty in Africa. To avoid this, cooperation efforts must be intensified. The activity of private security companies in Mozambique is already high. Companies interested in gas exploration send their “private armies” to protect their facilities from al-Shabab, but the results have not been satisfactory. In the region rich in natural gas, seven terrorist camps have already been identified. The objective is clear: to form an Islamic caliphate in a zone rich in natural resources. This could possibly lead to the formation of a new state in Africa – without international recognition – after a bloody civil conflict with Mozambican security forces.

Only a joint effort by the world powers interested in the peace and security of the African people can prevent this catastrophic scenario in Mozambique. The security of the local population and natural resources cannot be limited to the work of a weak army and private security companies, and a new international cooperation mechanism must be created to occupy the country with security forces genuinely interested in peace – and not just exploring natural resources. Recently, faced with similar problems, the nations of the African Sahel asked logistical support from Russia to combat terrorism. Historically, France is the nation that cooperates with such countries in matters of security, but the total European inefficiency in handling the African crisis has led these states to seek other partnerships. Perhaps this is the right way for Mozambique.

China asks Taliban to crack down on terrorist groups in Afghanistan