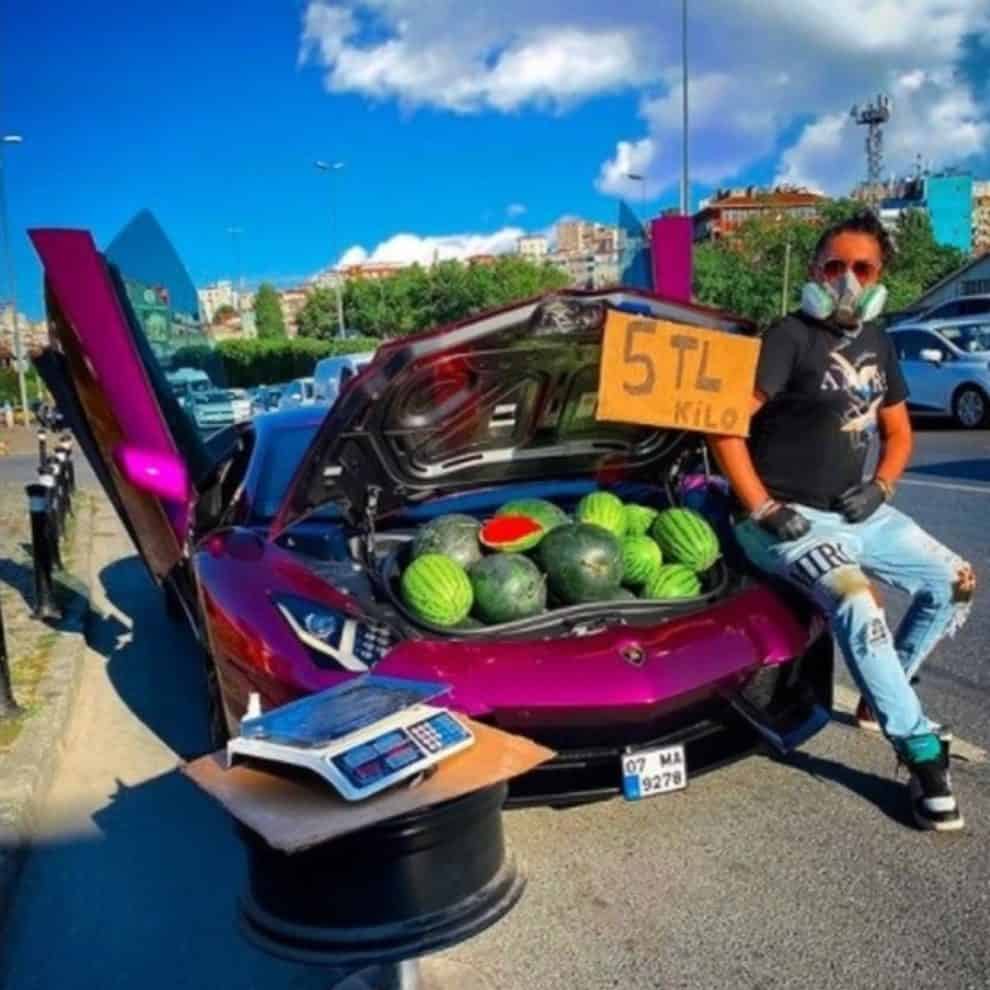 In today’s news regarding celebrities, an Instagram influencer, Seyed Yashar Tavakolian (username: yasharrapfa) was filmed on video in Turkey where he was selling watermelons on his Lamborghini. The Iranian social media influencer was appreciated by his fans for stepping out of his comfort zone and selling watermelons on the streets of Beyoglu, an upper-class district of Istanbul.

It is thought-provoking how the most mundane of things can gain thousands of likes and comments when done by an Instagram influencer, but will be looked down upon if done by an ordinary person. The video surfacing from turkey is making rounds on social media, apparently selling watermelons on the street has become the new trend.

The choice of selling watermelons was predictably perfect. Seyyed Yashar Tavakolian along with his watermelons were a refreshing sight on a hot summer day. More importantly, the Lamborghini being used as a fruit counter attracted the attention of many people passing by. Tavakolian’s watermelons were selling at 5 liras (60 cents) per kilogram, this is around a million times cheaper than his purple Lamborghini Aventador. The car is calculated to be worth a whopping $672,000.

However, fame does not always let you buy your way out of trouble. On Friday, the influencer was pulled over by Istanbul traffic police for “using a vehicle with a reason other than that mentioned in the license,” it emerged. Officers fined Tavakolian a 1,228 liras ($165)  and banned him from driving for 15 days. While Tavakolian has millions of fans on Instagram, the police did not happen to be fans of the Instagram influencer.